I Believe I Can Make a Difference: Individual Giving by Ordinary People, Living in Gauteng Province, South Africa

Nine out of 10 people give time and/or money according to a pioneering study of South African giving. The main motivation for personal generosity is a belief that giving can make a difference, according to a pilot survey among Gauteng citizens released today by CAF Southern Africa. "These findings show a very strong culture of giving and mutual support in Gauteng," said Colleen du Toit, CEO of CAF Southern Africa. "The results also reflect the most recent World Giving Index, published by the Charities Aid Foundation in the United Kingdom, which revealed that South Africa had moved up 35 places in the global league table of generosity." 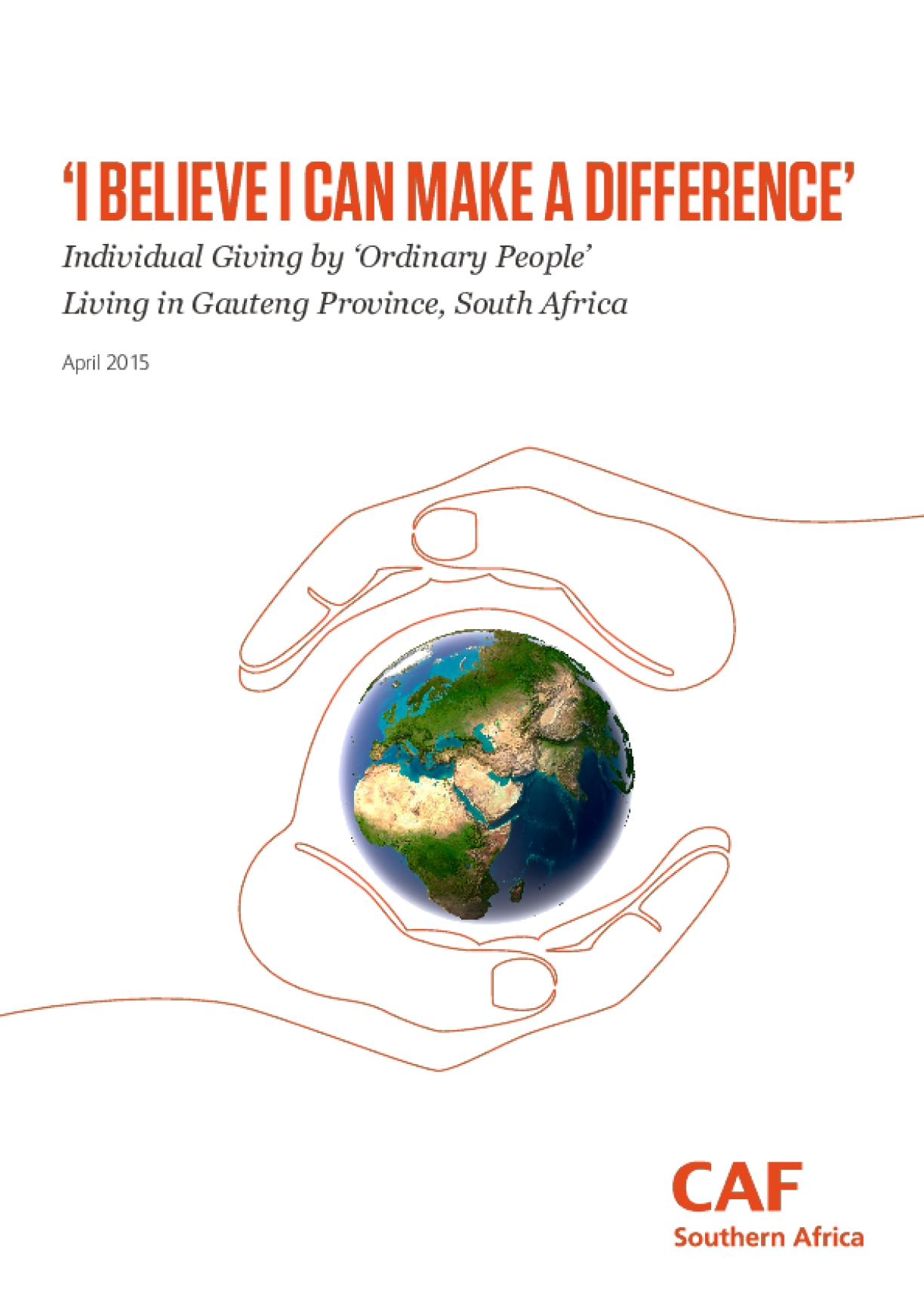