If It Catches My Eye: An Exploration of Online News Experiences of Teenagers

Teenagers aren't much into following serious news online, but news organizations can -- and should -- cultivate their interest by learning how to catch their eyes, diminish their angst, go where they are, enlist parents and teachers in the cause, and help teens develop a "news persona," according to a new study released by the Media Management Center at Northwestern University. MMC conducted a qualitative, in-depth study of a diverse group of 65 Chicago-area teens in 2007, seeking to identify what drives the online news consumption of teenagers. The research found: News isn't that important to teens right now. Particularly news of politics, government, public affairs and other subjects that journalists might call "serious news." Other things are more compelling. In addition, following the news is stressful for teens: it reminds them of the peril in the world. Local news sites aren't much on their radar screens. Teens are not interested enough to go out of their way for news. So whatever news pops up in front of them when they turn on their computers -- usually the large Internet portals and news aggregators -- is what they see. Even so, teens are "interestable." Researchers repeatedly heard the phrase, "I will read it IF IT CATCHES MY EYE." Hence, the name of this report. Teens will look at many different kinds of news online if it captures their attention -- with subjects that interest them, video, pictures, the right topics, humorous and weird news and new things. Once interested, they often read on. And even though they don't usually enjoy reading or watching the news, talking about it can be fun. 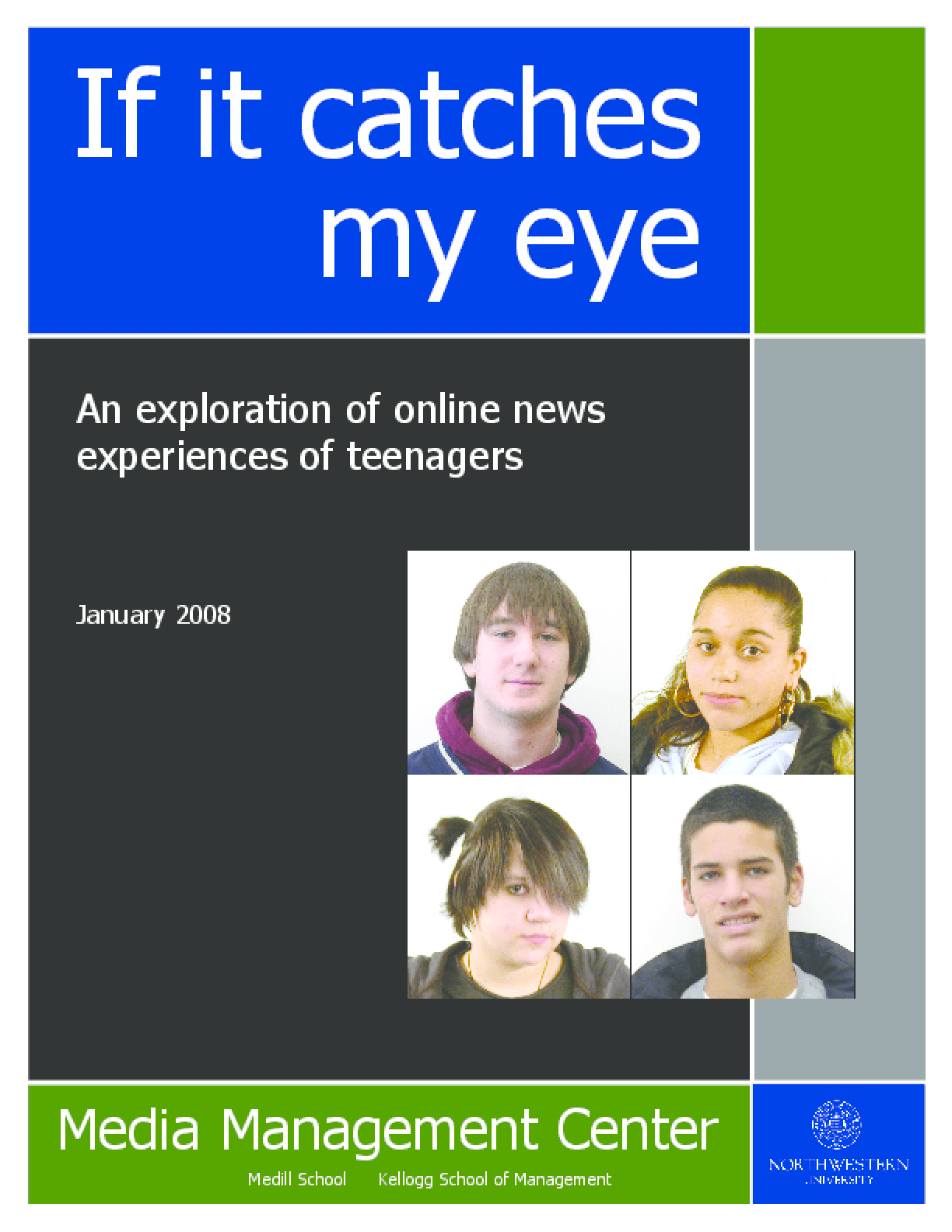