For family foundations and a growing number of donor-advised funds, preparing the next generation for involvement brings special concerns -- and exciting opportunities. Succession is reported to be the single most important issue facing family foundations, according to nearly half (48%) of respondents to the Association for Small Foundations 2011 Foundation Operations and Management Report. At the same time, there is a broad range of experience in families with regard to how next generation family members are involved in family philanthropy. According to the National Center for Family Philanthropy's 2011 study, Current Practices in Family Foundations, a near equal number of respondents "strongly agreed" (34%) or "strongly disagreed" (33%) with the statement "next generation members are playing a significant role in the foundation." 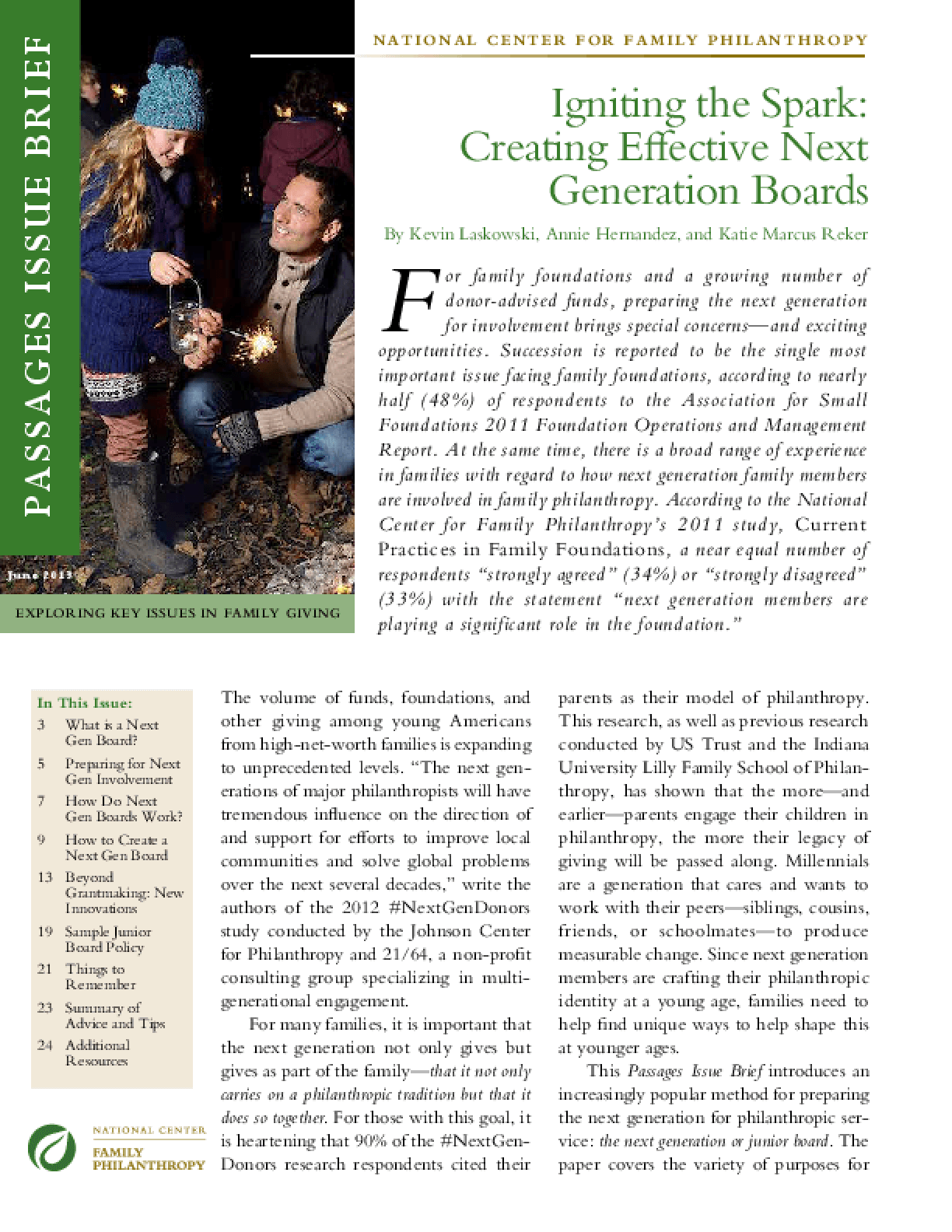