Programs teaching teenagers to "just say no" to sex before marriage are threatening adolescent health by censoring basic information about how to prevent HIV/AIDS, Human Rights Watch charged in a new report released today. The forty-seven page report focuses on federally funded "abstinence-only-until-marriage" programs in Texas, where advertising campaigns convey the message that teenagers should not use condoms because they don't work. Some school-based programs in Texas do not mention condoms at all. Federal health agencies share the broad scientific consensus that condoms, when used correctly, are highly effective in preventing the transmission of HIV. Yet the U.S. government currently spends more than $100 million each year on "abstinence-only-until-marriage" programs, which cannot by law "promote or endorse" condoms or provide instruction regarding their use. The Bush administration is advocating a 33 percent increase in funding for these programs. 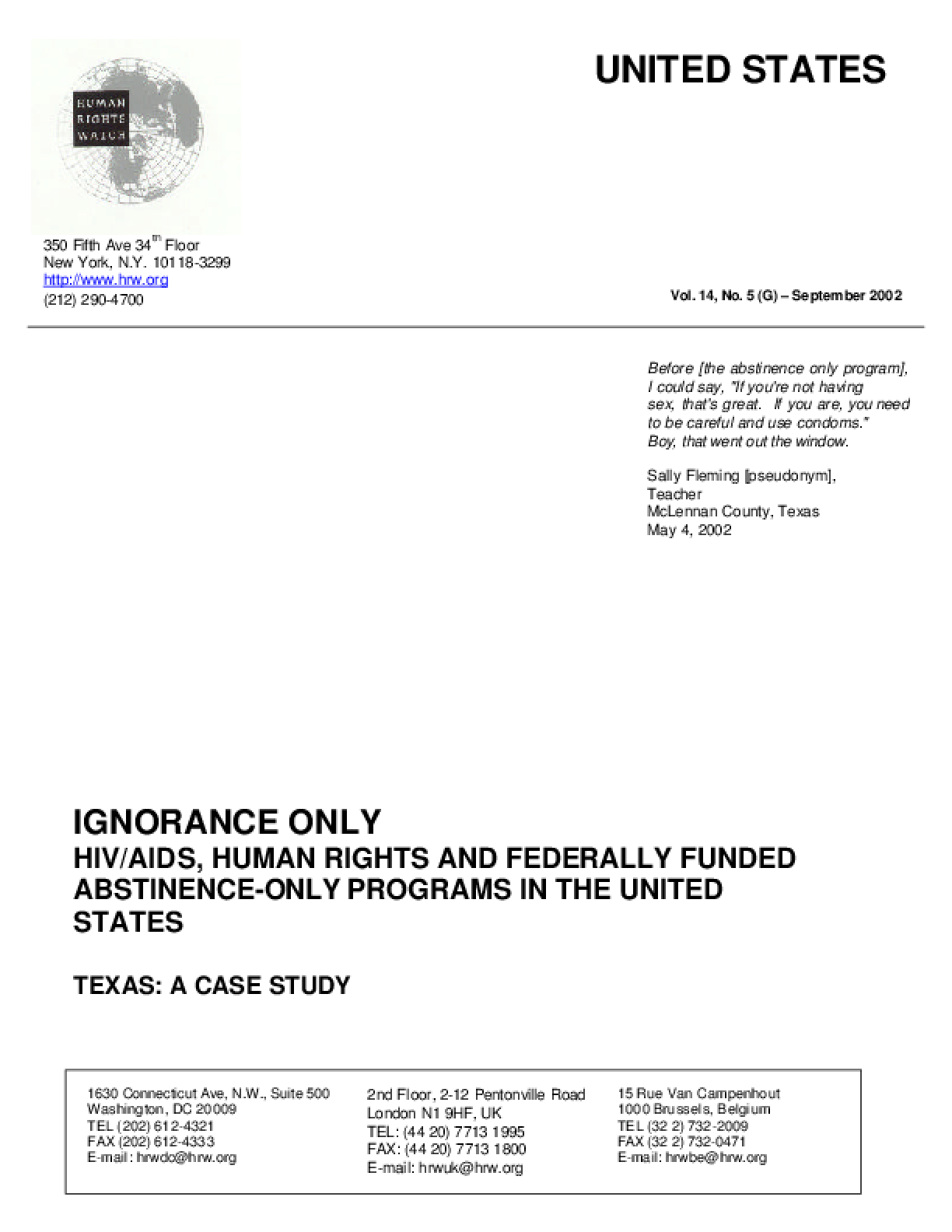