Illegal to Be Homeless: The Criminalization of Homelessness in the United States 2004

This report, "Illegal to Be Homeless: The Criminalization of Homelessness in the United States," is the third annual report since 2002. This study documents the widespread trend of violations of the basic human rights of people experiencing homelessness in 179 communities in 48 states, Puerto Rico, and the District of Columbia. Through the passage of possibly unconstitutional laws, the "selective enforcement" of existing laws, arbitrary police practices, and discriminatory public regulations, people experiencing homelessness face overwhelming hardships in addition to their daily struggle for survival. Instead of spending precious public resources and funding to address the significant lack of affordable housing in this country, local governments in urban, suburban, and rural areas divert these funds to local Business Improvement Districts (BIDs) and to policing, which often penalize the very people this money could help. In addition to continuing the documentation of this trend, this report emphasizes the connections between the creation of a public environment of intolerance and the increasing danger of living on the streets that results from this attitude. 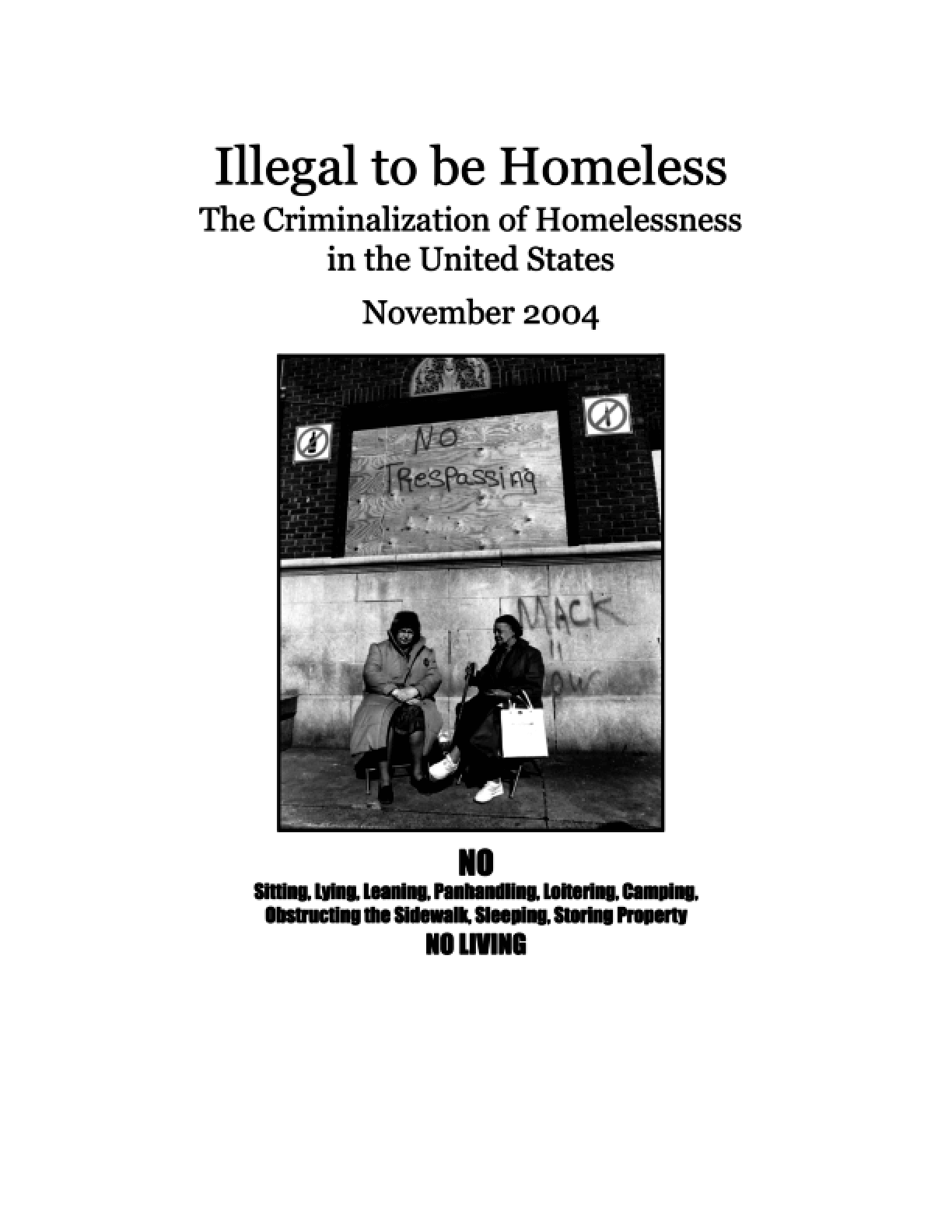