Immigrant Success or Stagnation?: Confronting the Claim of Latino Non-Advancement

by Benjamin Johnson; Walter A. Ewing

Latinos experience substantial socioeconomic progress across generations compared to both their immigrant forefathers and native Anglos. But this fact is lost in statistical portraits of the Latino population which donat distinguish between the large number of newcomers and those who have been in the United States for generations. Advocates of restrictive immigration policies often use such aggregate statistics to make the dubious claim that Latinos are unable or unwilling to advance like the European immigrants of a century ago. 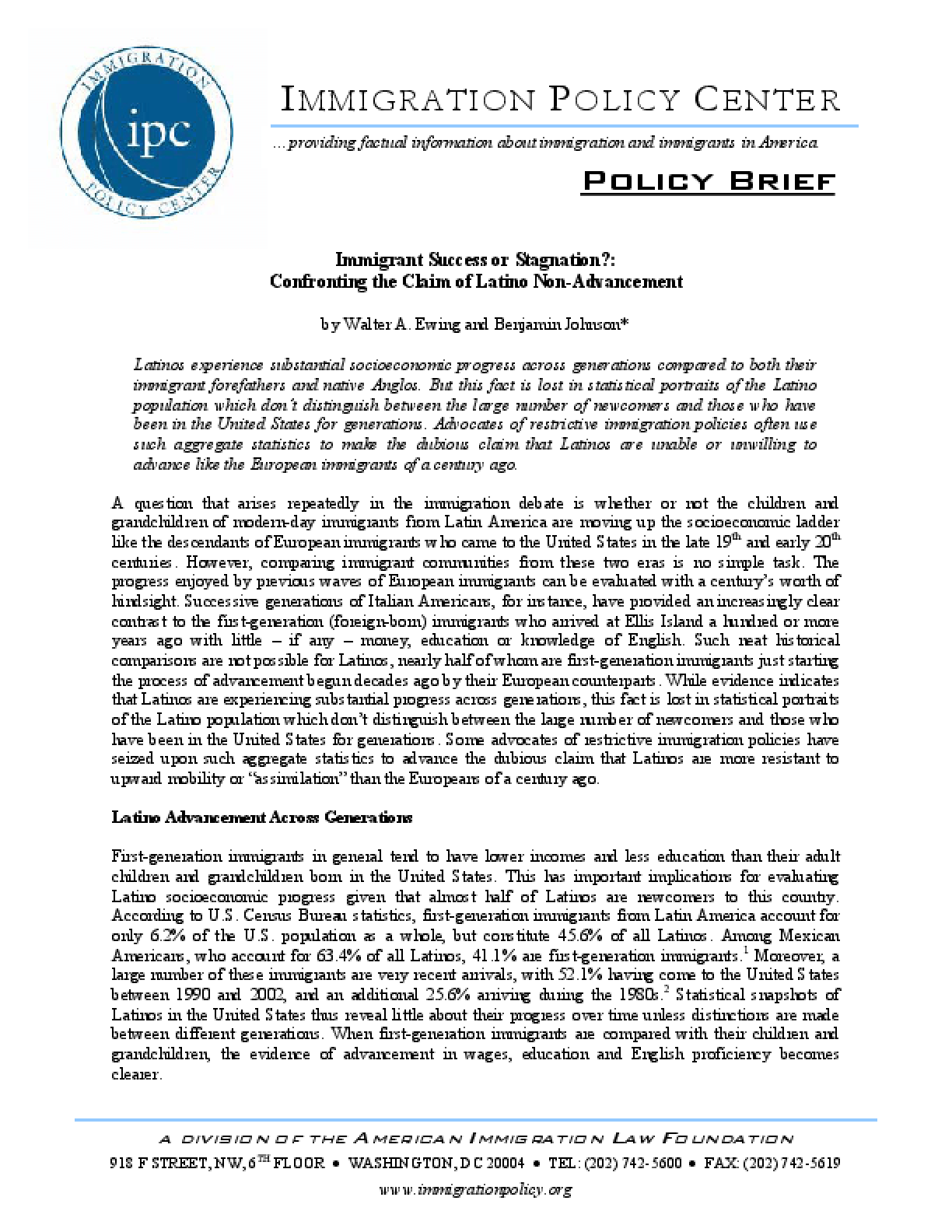