Immigrants play a key role in creating new, fast-growing companies, as evidenced by the prevalence of foreignborn founders and key personnel in the nation's leading privately-held companies. Immigrants have started more than half (44 of 87) of America's startup companies valued at $1 billion dollars or more and are key members of management or product development teams in over 70 percent (62 of 87) of these companies. The research finds that among the billion dollar startup companies, immigrant founders have created an average of approximately 760 jobs per company in the United States. The collective value of the 44 immigrant-founded companies is $168 billion, which is close to half the value of the stock markets of Russia or Mexico.

The research involved conducting interviews and gathering information on the 87 U.S. startup companies valued at over $1 billion (as of January 1, 2016) that have yet to become publicly traded on the U.S. stock market and are tracked by The Wall Street Journal and Dow Jones VentureSource. The companies, all privately-held and with the potential to become publicly traded on the stock market, are today each valued at $1 billion or more and have received venture capital (equity) financing. 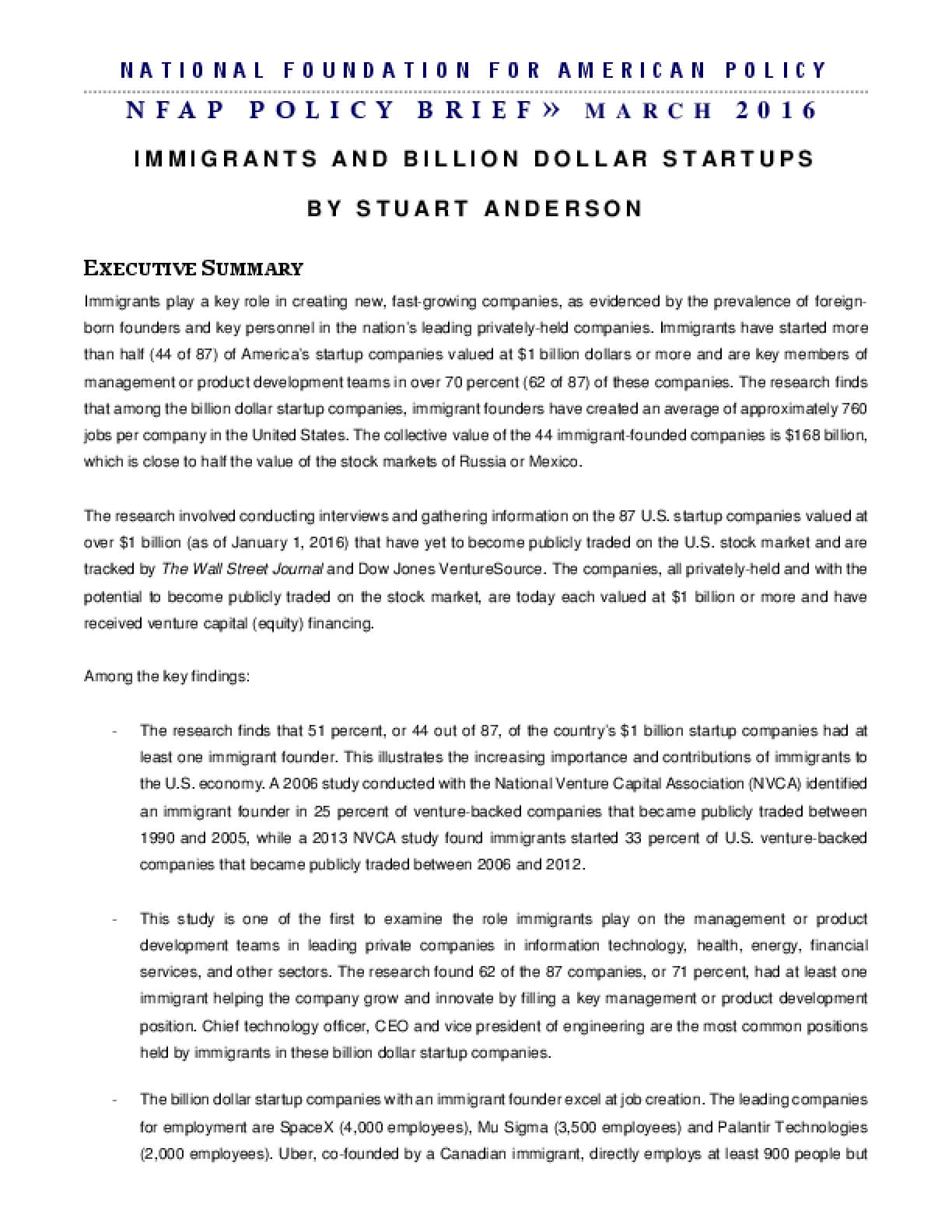