Immigration Cyber Prisons: Ending the Use of Electronic Ankle Shackles

This report highlights how the federal government's use of electronic ankle "monitoring," or shackling, subjects immigrants to many of the same harms as incarceration and is experienced as another form of detention. It leverages surveys of approximately 150 immigrants subject to shackling, data from immigration legal service providers related to nearly 1,000 cases, and qualitative interviews with immigrants subject to shackling. The result is the first empirical study to document the nature and scale of the harms, racial disparities and lack of efficacy of ICE's massive electronic shackling program.

The report finds that immigrants subject to shackling by ICE endure many of the same devastating impacts on their physical and mental health that are experienced in physical prisons. Shackling also leads to other degrading harms associated with the invisible cell walls of shackles, including social isolation and employer discrimination, and these effects ripple through families and entire communities. Moreover, just as Black immigrants are subject to higher rates of abuse throughout the rest of the immigration detention system, Black immigrants are disproportionately subject to shackling by ICE.

The report concludes that the Biden-Harris administration should begin to wind down shackling, and the immigration detention system as a whole, in favor of community support programming. Congress is currently in the process of markups on the fiscal year 2022 budget appropriations bills, the drafts of which include renewed funding for ICE detention beds and shackles at roughly equal rates to the 2021 budget. 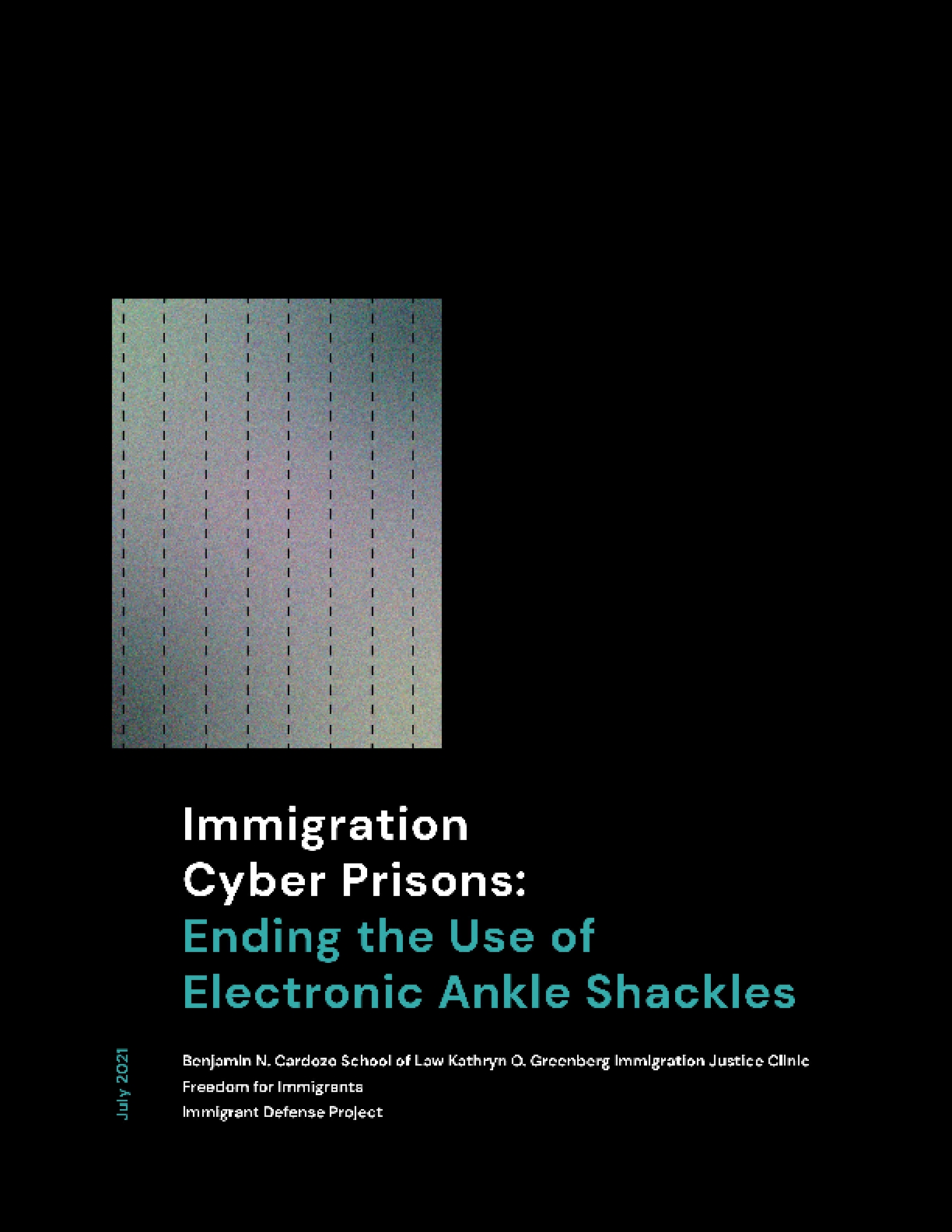