Thousands of undocumented children attempt to enter the United States every year. For some children, the decision to migrate is made on their behalf, and are brought to the United States by relatives, friends, smugglers or human traffickers. Other children make the decision on their own to cross the border to reunite with family members, seek education or employment, escape a life of poverty and abuse, or flee gang and other violence.


The United States Conference of Catholic Bishops/Migration and Refugee Services (USCCB/MRS) began an analysis in 2011 of the journey some of these children take as they navigate the immigration legal system in the United States. In particular, we studied the cases of unaccompanied alien children (UAC) in the care of the Department of Health and Human Services' (DHHS) Office of Refugee Resettlement/Division of Children's Services (ORR/DCS) who had been referred through USCCB/MRS to long-term foster care programs during federal fiscal years 2009 and 2010. All these children were seeking to avoid removal from the United States. The goal of this study was to understand the impact of the William Wilberforce Trafficking Victims Protection Reauthorization Act (TVPRA) of 2008 on the legal outcomes of these children and to assess the remaining challenges to fair and timely adjudication of their cases.


We found that the passage and implementation of TVPRA 2008 have clearly improved immigration legal outcomes for UAC in ORR/DCS custody. They have also made the process more efficient and easier for children to navigate. Based on the sample, 23 percent more UAC in care are attaining legal status since the enactment of TVPRA 2008. Of even greater significance is the fact that the average time for a child to obtain legal status after entry into long-term foster care has dropped by more than half.


These significant improvements indicate that TVPRA 2008 is having the intended effect of affording these vulnerable children additional protections and keeping them from harm. However, to best serve these children and make efficient use of available resources, the process should be strengthened and streamlined even further. This paper makes a number of recommendations for doing this, including:


- Provide additional support (funding, recruitment, and training) for legal representation in all areas where UAC are in care.


- Develop and support community-based care for children who are still awaiting the outcome of their SIJS application at age 18. 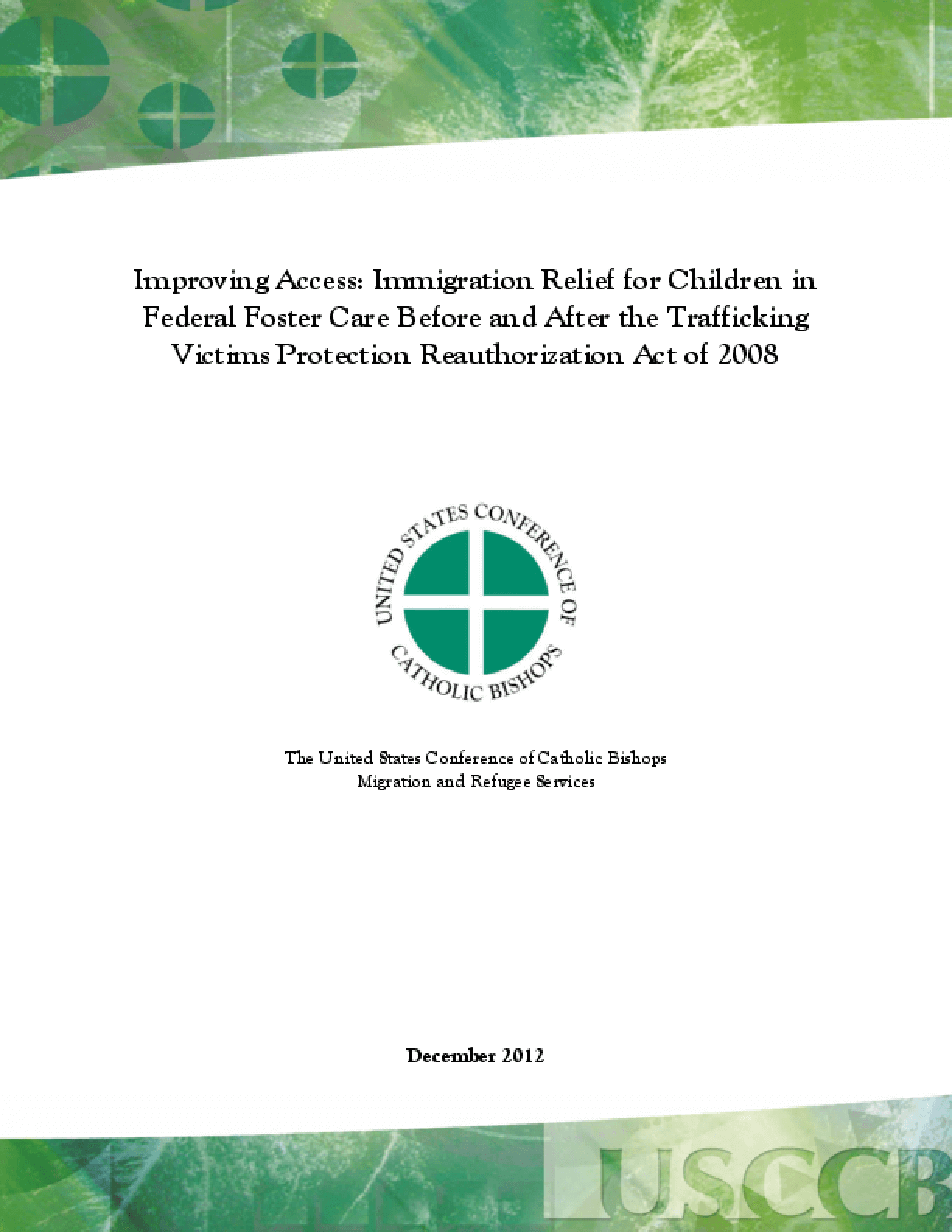