Impact Evaluation of a Large-Scale Rural Sanitation Project in Indonesia

Total Sanitation and Sanitation Marketing (TSSM) is the Indonesian component of World Bank Water and Sanitation Program's Scaling Up Rural Sanitation initiative. The approach consists of raising awareness of the problems of open defecation; marketing sanitation products; and supporting policies, financing, training, and regulations that are conducive to these efforts. Therefore, desired outcomes of the program include changes in perception of the consequences of poor sanitation, toilet construction and access to improved sanitation, reduction in open defecation, and child health outcomes. This impact evaluation assesses these results using a randomized controlled trial (RCT), and unlike many RCTs that are carried out on pilot programs, it looks at an intervention that has been implemented at scale and led by the government under real-world conditions, providing more reliable estimates. TSSM is associated with sanitation improvements overall, particularly among wealthier households that had no sanitation prior to the intervention. 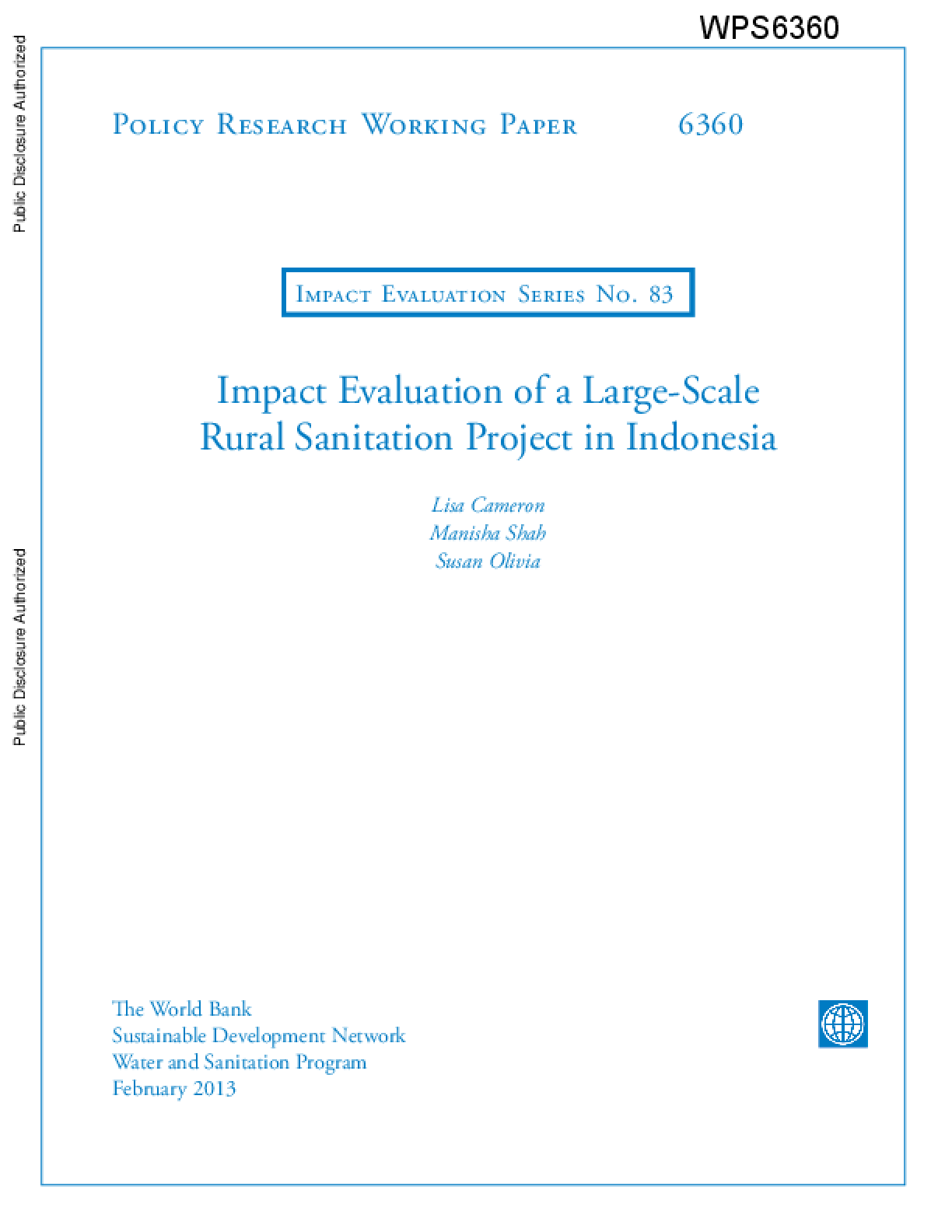