Impact of Rural Water Supply and Sanitation in Punjab, Pakistan

Two water supply and sanitation projects funded by the Asian Development Bank in Punjab Province of Pakistan are the subject of this rigorous impact evaluation. The evaluation used data from 115 subprojects in 7 randomly selected districts of the 30 covered by the project, as well as household surveys, to assess impacts on access to water supply, health, education, and labor force participation. Results show a large influence on access to water supply and insignificant influence on sanitation (unsurprisingly, given that a very small amount of project resources were allocated to sanitation). Other welfare outcomes varied widely across socioeconomic strata. 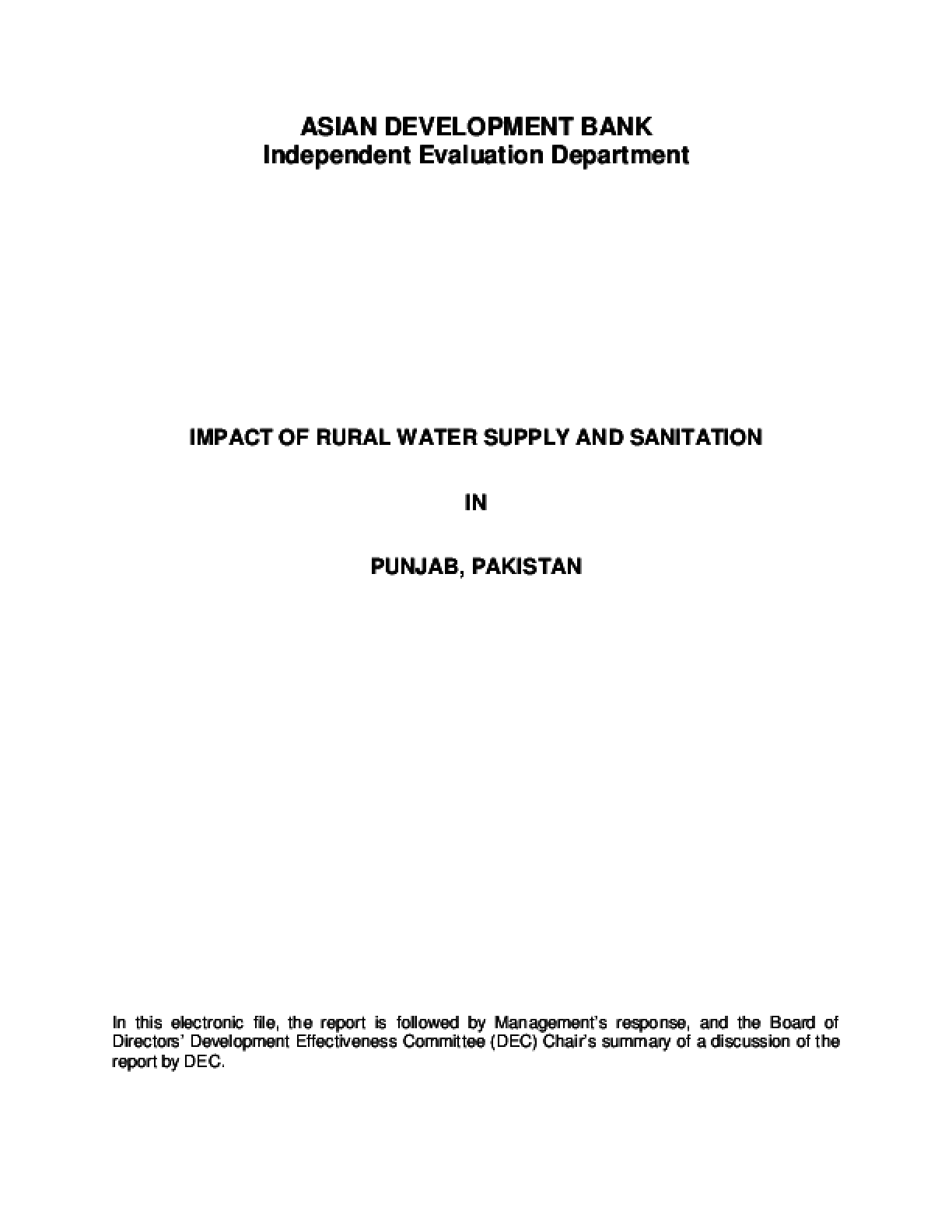