Implications of Immigration Enforcement Activities for the Well-Being of Children in Immigrant Families: A Review of the Literature

This report examines the evidence concerning the impacts of deportation and fear of deportation on unauthorized immigrant families and children. The economic and social instability that generally accompanies unauthorized status is further aggravated for children with a parent's deportation, with effects including psychological trauma, material hardship, residential instability, family dissolution, increased use of public benefits and, among boys, aggression. In a prior Urban Institute study of six immigration raid sites, family income dropped an average of 70 percent during the six months following the arrest of a parent; nearly one-quarter reported parental hunger during that period. At the extreme end, some families became permanently separated as parents lost custody of or contact with their children. 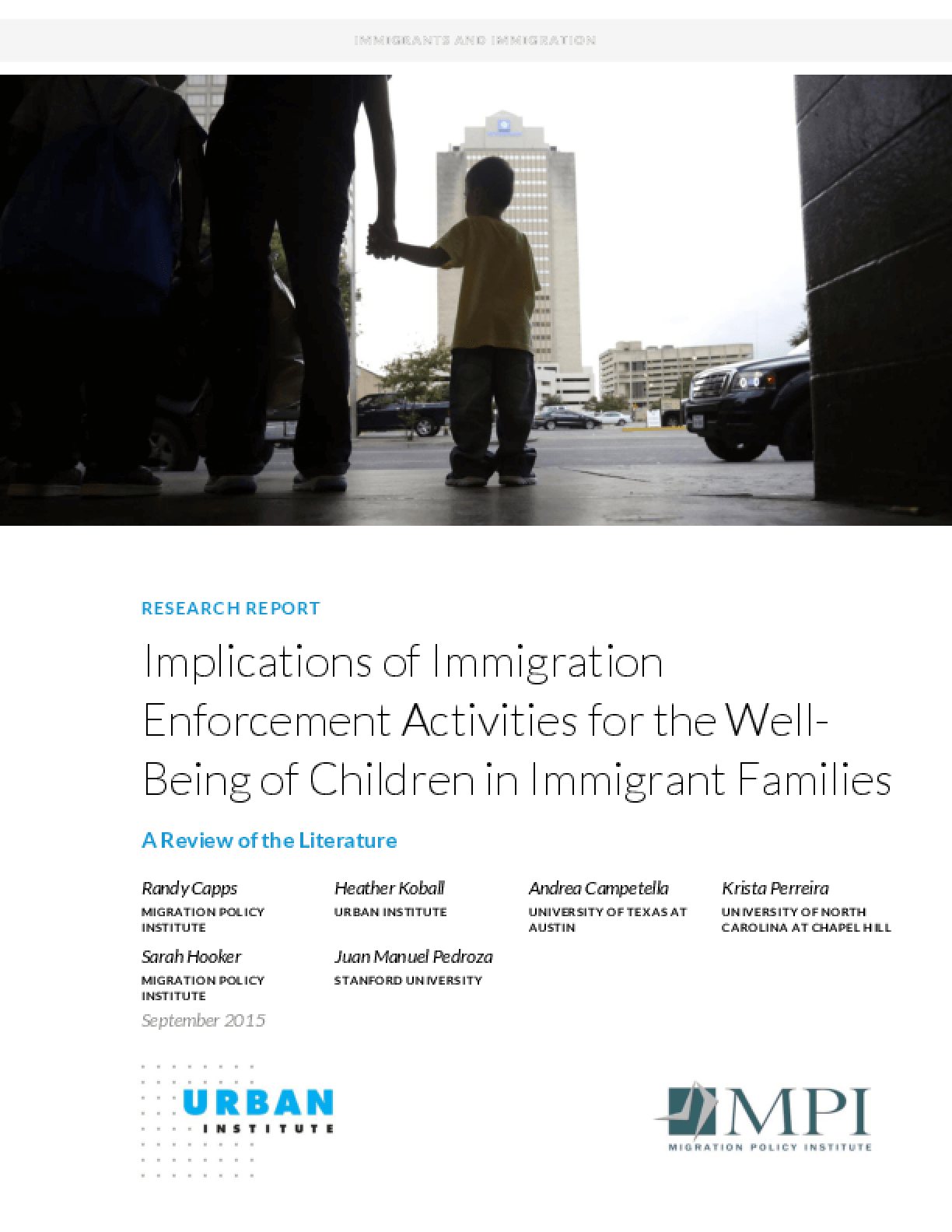