In Our Own Words: Narratives of South Asian New Yorkers Affected by Racial and Religious Profiling

In order to capture the ongoing effects of profiling on the daily lives of South Asians in New York City, seven organizations ("New York City Profiling Collaborative" or the "Collaborative") embarked on an initiative to document community members' experiences. Members of the Collaborative included six organizations based in New York City that serve, organize, or advocate on behalf of South Asian community members, particularly in Brooklyn and Queens: DRUM- Desis Rising Up and Moving; The Sikh Coalition; UNITED SIKhS; South Asian Youth Action (SAYA!); Coney Island Avenue Project (CIAP); and Council of Peoples Organization (COPO); and also included the national organization, South Asian Americans Leading Together (SAALT). The Collaborative's objectives were to understand and illuminate the impact of ongoing profiling by attempting to answer three primary questions:

The findings and recommendations of this report are based on the analysis of 628 surveys, 25 interviews, and four focus groups conducted with South Asian community members primarily in Brooklyn and Queens between August 2010 and August 2011. The report also draws extensively from secondary data sources. It is important to note that the documentation project does not claim to be a statistical analysis of profiling. Rather, the purpose was to gather qualitative evidence of the impact of profiling on South Asians in New York City, to document individual stories, and to make recommendations to policymakers and stakeholders. 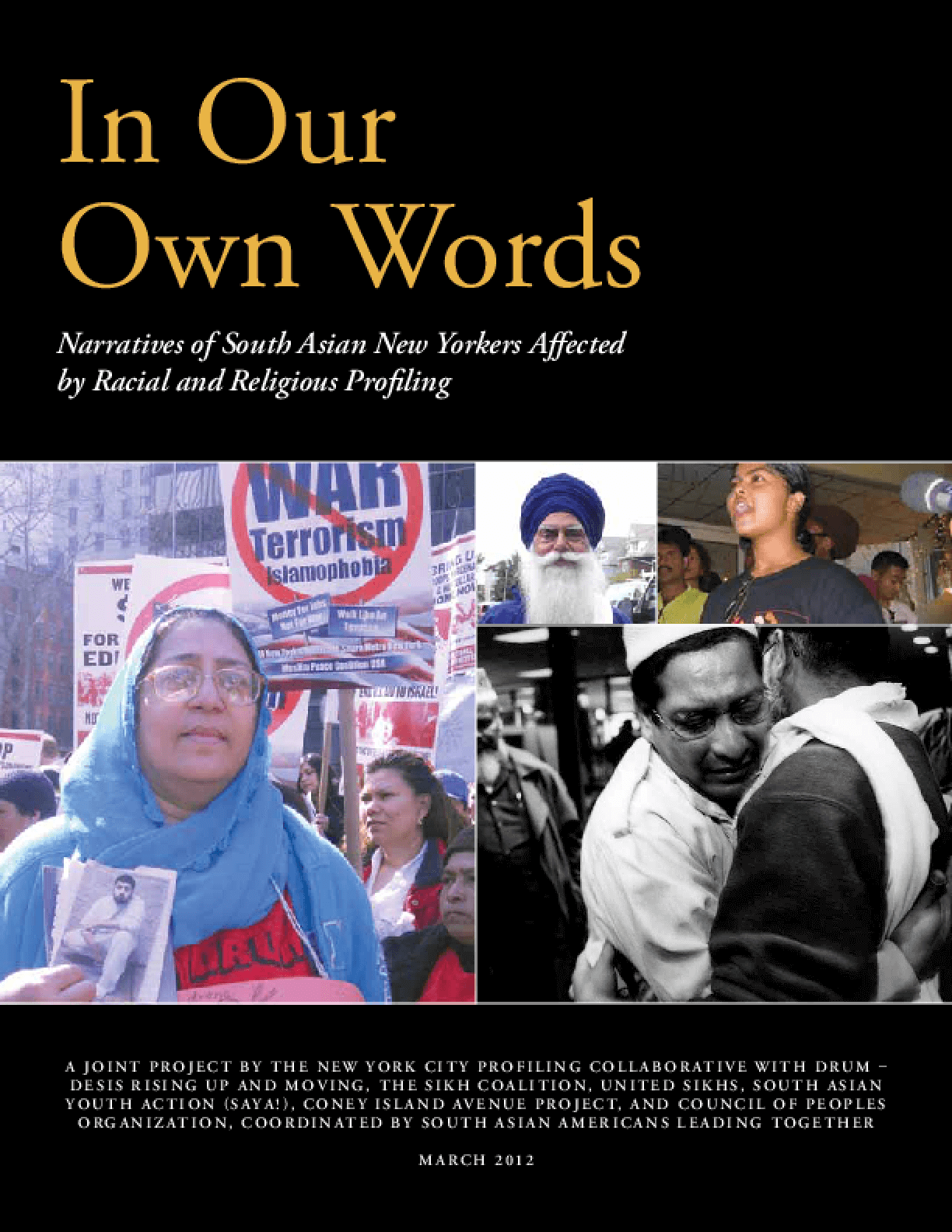