This report was issued by Attorney General Kamala D. Harris, after a meeting where statewide education, public policy and law enforcement leaders were convened to discuss this crisis and identify concrete solutions.

"The California Constitution guarantees every child the right to an education, yet we are failing our youngest children, as early as kindergarten," Attorney General Harris said. "These are children as young as five years old who are out of school, falling behind, and too many of them never catch up. This crisis is not only crippling for our economy, it is a basic threat to public safety. It's time for accountability and to craft real solutions at every level - from parents to school districts, to law enforcement - to solve this problem."

According to the report, elementary school truancy is at the root of the state's chronic criminal justice problems. According to the report, missing large amounts of school is one of the strongest predictors of dropping-out, even more so than suspensions or test scores. Annually, dropouts cost California taxpayers an estimated $46.4 billion in incarceration, lost productivity and lost taxes. 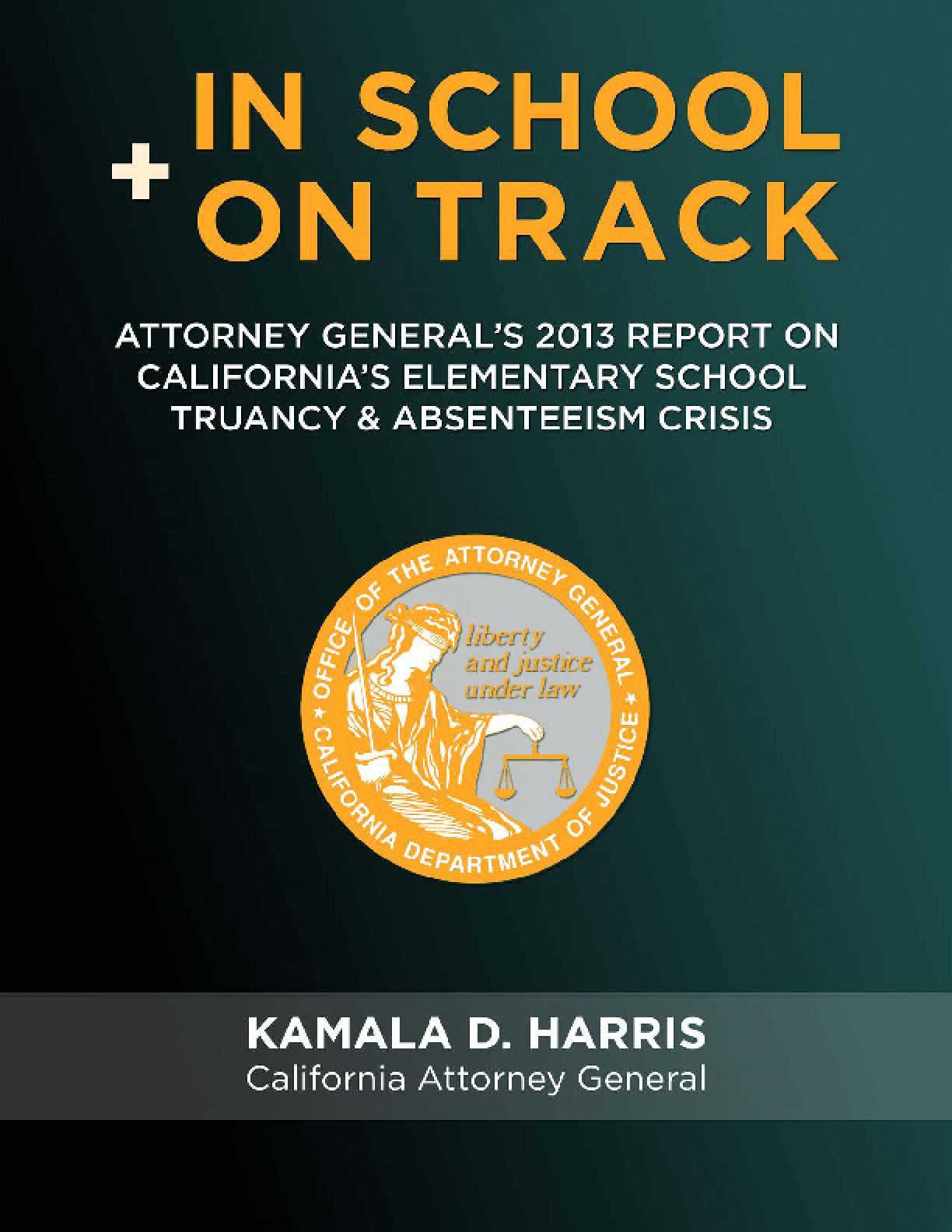