In the Child's Best Interest: The Consequences of Losing a Lawful Immigrant Parent to Deportation

Congress is considering a comprehensive overhaul of the nation's immigration laws more than a decade after the enactment of strict immigration measures. Lawmakers should take this opportunity to reaffirm the nation's historic commitment to family unity by addressing the discrete provisions that currently undermine it. Current U.S. immigration laws mandate deportation of lawful permanent resident (LPR) parents of thousands of U.S. citizen children, without providing these parents an opportunity to challenge their forced separations. Through a multi-disciplinary analysis, this policy brief examines the experiences of U.S. citizen children impacted by the forced deportation of their LPR parents and proposes ways to reform U.S. law consistent with domestic and international standards aimed to improve the lives of children. This report includes new, independent analysis of U.S. Department of Homeland Security (DHS) data. We estimate that more than 100,000 children have been affected by LPR parental deportation between 1997 and 2007, and that at least 88,000 of impacted children were U.S. citizens. Moreover, our analysis estimates that approximately 44,000 children were under the age of 5 when their parent was deported. In addition to these children, this analysis estimates that more than 217,000 others experienced the deportation of an immediate family member who was an LPR. 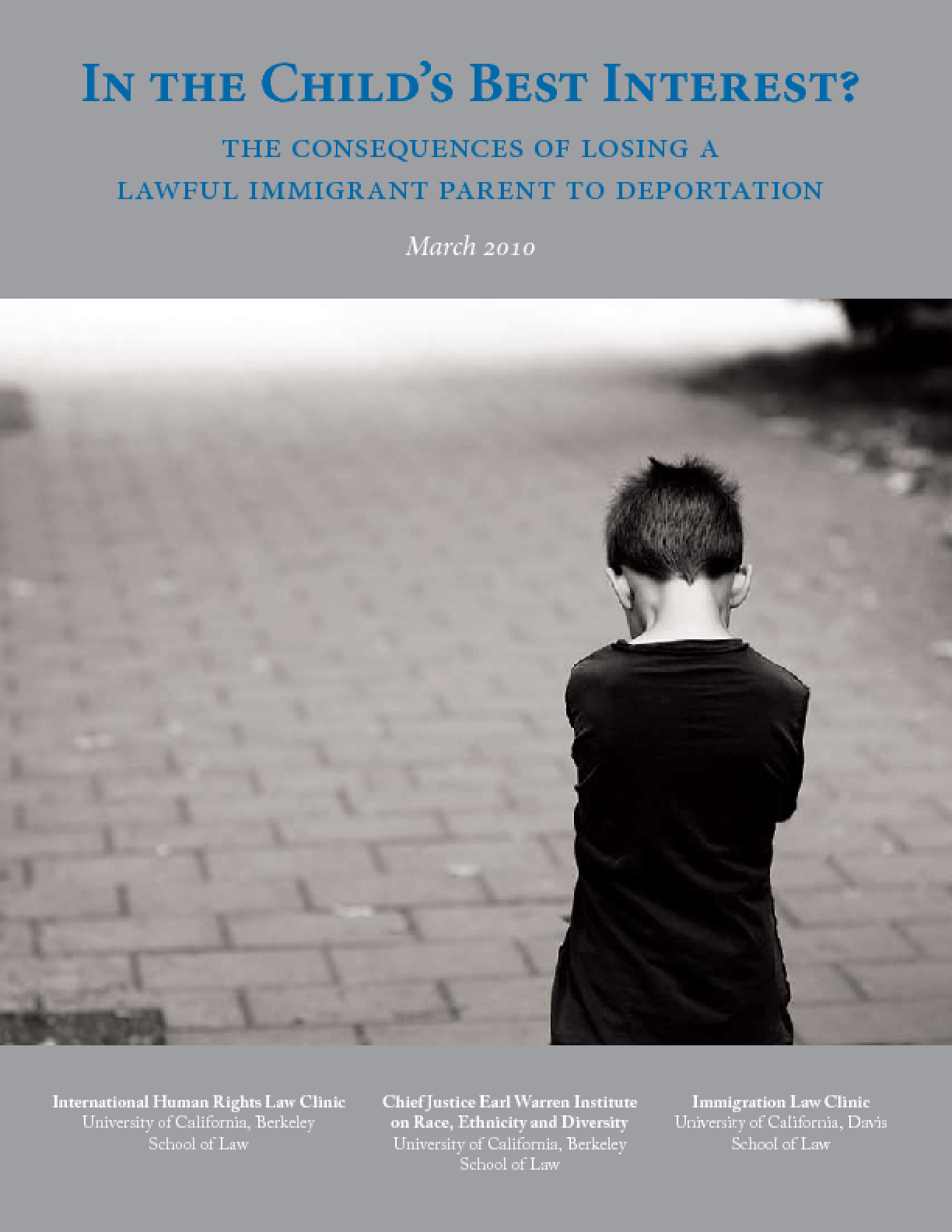