In This Together: Ending Poverty in Alberta

The recent recession was challenging for all Alberta families but especially so for those with low and modest incomes. There was a dramatic spike in child and family poverty in 2009, the most recent year for which data is available.

Alberta also saw its unemployment rate more than double and a dramatic increase in income support caseloads. As a result, demands on human services community organizations are growing, while available resources from both government and the community are shrinking.

Evidence is growing world-wide of the value of comprehensive approaches to poverty reduction. In Canada, seven provincial governments are working on strategies to reduce poverty.

At the federal level, the Senate produced an excellent roadmap for poverty reduction in The House of Commons renewed its commitment to poverty elimination by passing the following motion with all party support:

"That, with November 24th, 2009 marking the 20th anniversary of the 1989 unanimous resolution of this House to eliminate poverty among Canadian children by the year 2000, and not having achieved that goal, be it resolved that the Government of Canada, taking into consideration the Committee's work in this regard, and respecting provincial and territorial jurisdiction, develop an immediate plan to eliminate poverty in Canada for all.4"

Unfortunately, the federal Conservative government has not shown much interest in a national strategy since it was re-elected in May 2011.

The Edmonton Social Planning Council and Public Interest Alberta have co-published three reports, We Can Do Better (2008), We Must Do Better (2009), and Time for Action (2010).

Following the release of Time for Action, work on developing an Alberta poverty strategy accelerated. In November 2010, "A Dialogue on Poverty" was hosted by the Inter-City Forum on Social Policy (ICFSP) and the Family and Community Support Services Association of Alberta (FCSSAA). Over 100 concerned Albertans from across the province participated. Response from the forum unanimously supported the development of a poverty reduction plan.

Under the name Action to End Poverty in Alberta, a steering committee representing municipalities and organizations has been formed to champion and lead the development of this comprehensive strategy.

The Alberta government, under a new Premier, has reinforced its commitment to the 10 Year Plan to End Homelessness. The Homelessness Plan, with its measurable targets and timeframe, can be a model for a broader strategy to reduce, eliminate, and prevent poverty.

During her leadership campaign, Alberta's new Premier promised to implement a poverty reduction strategy. This builds upon a recommendation adopted last year by an all-party committee of the Alberta Legislature. Introduced by Independent MLA Dave Taylor, and unanimously supported by the other four parties including government members, the Standing Committee on the Economy passed the following recommendation:

"In the interests of developing longer-term solutions than can be achieved through minimum wage policy alone, the Government of Alberta should recognize the need for a designed-in-Alberta poverty reduction strategy, study best practices in other jurisdictions and engage in broad-based public consultations in order to create this strategy.6"

Implementing a comprehensive strategy to build a poverty-free Alberta is a wise investment. 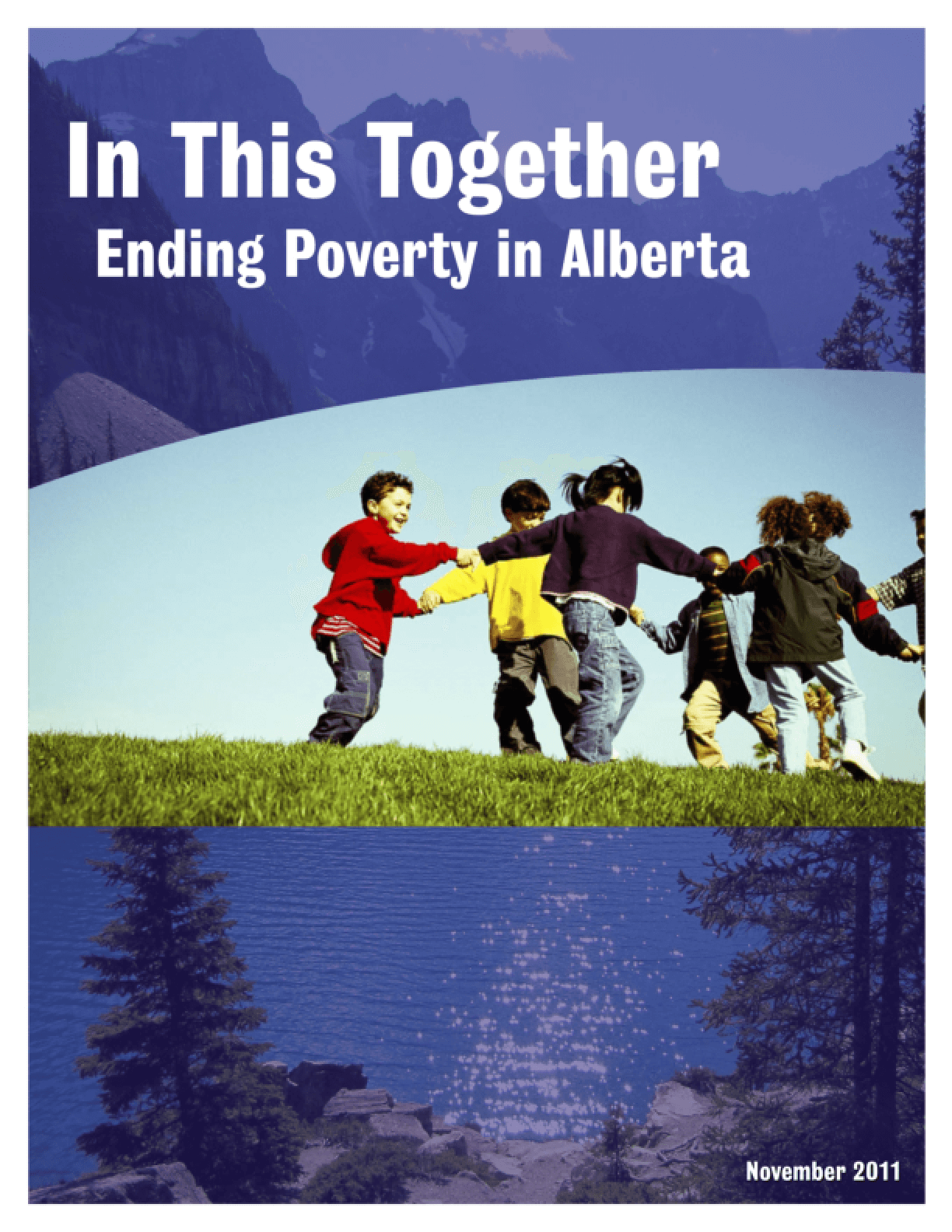