In U.S., Far More Support Than Oppose Separation of Church and State

by Gregory A. Smith

The First Amendment to the United States Constitution states that the country shall have no official religion. At the same time, Christians continue to make up a large majority of U.S. adults – despite some rapid decline in recent years – and historians, politicians and religious leaders continue to debate the role of religion in the founders' vision and of Christianity in the nation's identity.

Some Americans clearly long for a more avowedly religious and explicitly Christian country, according to a March 2021 Pew Research Center survey. On the other hand, however, the clear majority of Americans do not accept these views. This report presents findings from surveys focused on American's views on the separation of church and state. 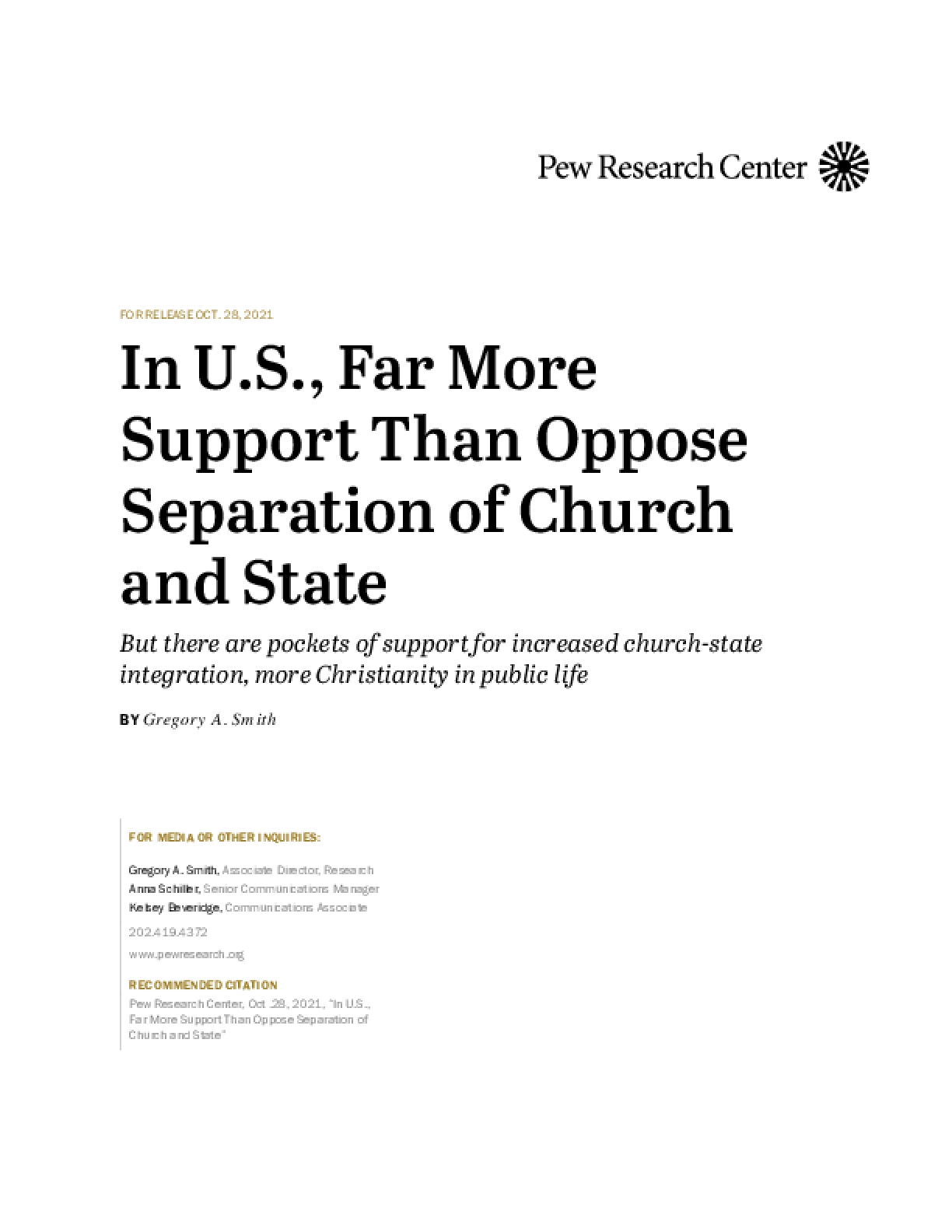