Income Diversity and the Context of Community Development

After researching and developing an innovative, new measure of income diversity, MCIC has identified four distinct patterns of neighborhood economic change in the City of Chicago, since 1970:

MCIC identified patterns for each of the 77 Chicago Community Areas to provide an important context for community development strategies.

For example, in an Emerging High Income neighborhood (21 in all), the high-income population is increasing and the low-income population is decreasing. Development strategies in these areas should focus on protecting low- to moderate- income households from radical displacement and encourage the use of upgraded public and commercial services.

An Emerging Low Income neighborhood, on the other hand, tracks a decline in the high-income population and an increase in the low-income population. In these communities, development efforts should focus on developing infrastructure, investing in buildings and retaining moderate- to high-income households.

Additionally, the MCIC study identifies a disturbing "Desertification" trend among half of Chicago's 22 Emerging Low Income communities. In these neighborhoods, disinvestment and neglect have driven away middle- and high- income households.

The City's 15 "Bipolar" neighborhoods have seen increases in both high- and low-income residents, and the remaining 19 communities maintain stable, economically diverse populations.

Based on household income data from the U.S. Census, the MCIC analysis does not track change in income diversity since the year 2000. However, it does illustrate income trends that provide useful context and baseline data for community development strategists. 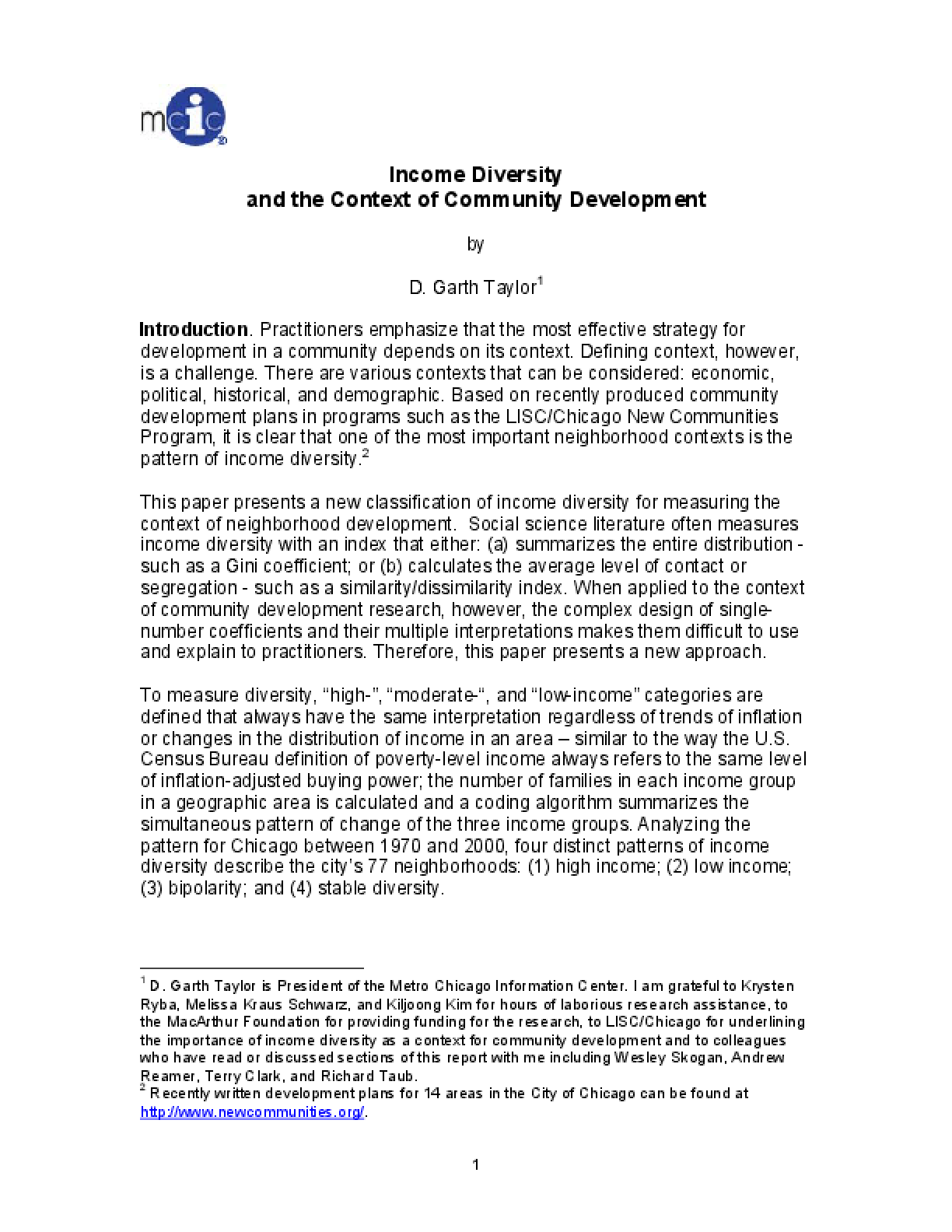