Income Replacement and Reemployment Programs in Michigan and Neighboring States

by Stephen A. Woodbury

Governments in every developed industrial economy administer programs that partially replace the earnings of workers who suffer job loss or on-the-job injury. In addition, governments administer programs to help job losers gain reemployment, either through direct job placement (for those who are job-ready) or through retraining (for those who are not). This chapter describes and discusses current policy issues surrounding the main social insurance and reemployment programs in Michigan: Unemployment Insurance (UI), which partially replaces lost earnings following loss of a job; Workers' Compensation (WC), which pays for medical treatment, vocational rehabilitation, and lost earnings following a work-related injury or illness; and the cluster of reemployment and training programs that, since 1998, has come under the Workforce Investment Act (WIA). In addition to describing these programs, a main goal of the chapter is to offer a critical view of Michigan's programs by comparing them with corresponding programs in neighboring states. Discussion of these three programs could hardly be more timely. UI has come under attack for a range of alleged failings, and the Michigan legislature passed a bill in April 2002 that increased weekly benefits, lengthened benefit durations, and tightened the eligibility requirements for UI in Michigan. Also, the Workforce Investment Act of 1998 has resulted in significant changes in reemployment services nationwide as well as in Michigan, and there is continuing debate over the effectiveness of the "work first" approach that WIA entails. Finally, WC has gone through cycles in which dramatic cost increases have been followed by efforts at cost containment. Michigan's WC law has seen only minor changes during the last 20 years because reforms instituted in the early 1980s appear to have kept both medical and wage replacement costs of WC in Michigan in line with those in other states. However, health care costs are projected to resume their growth in the near future, which would directly affect WC costs and put increased pressure on the WC system. 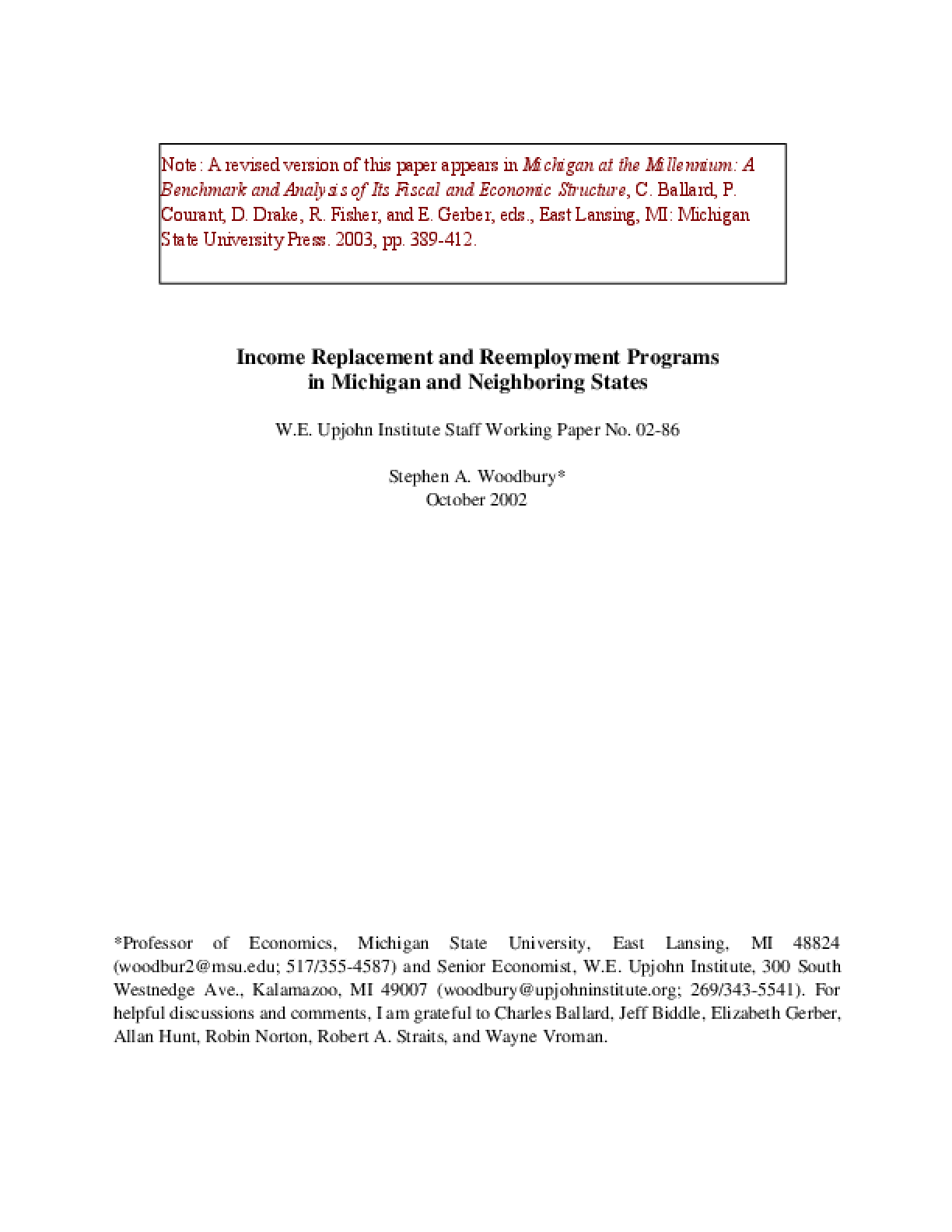