Increasing the Civic and Political Participation of Women (2017)

In 2016, USAID's Center of Excellence on Democracy, Human Rights, and Governance launched its Learning Agenda—a set of research questions designed to address the issues that confront staff in USAID field offices working on the intersection of development and democracy, human rights, and governance. This literature review—produced by a team of UVA professors and graduate students representing the academic disciplines of anthropology, history, political science, religious studies, and sociology—synthesizes scholarship from diverse research traditions on the following Learning Agenda question:

What are the most effective ways to encourage women's civic (e.g., volunteer, advocacy, etc.) and political (e.g., voting, running for office) participation? What are the risks to women of these strategies in contexts where resistance to changing gender norms is strong?

Building on an ODI report, "Women's Voice and Leadership in Decision-Making: Assessing the Evidence" (2015) that identified seven strategies to support women's civic and political representation, the UVA team focused on the second half of the research question, using a flexible systematic review process that included defining and operationalizing strong resistance. Overall, the team found that 1) research on resistance that aims to limit or end challenges to the status quo is under-theorized and in need of concept-building before researchers can make the analytical distinctions necessary to assess resistance fully and 2) where the literature does exist, it has an almost exclusive focus on female politicians.

With these limitations in mind, key findings include:

The implications of these findings are that practitioner risk assessments should be: 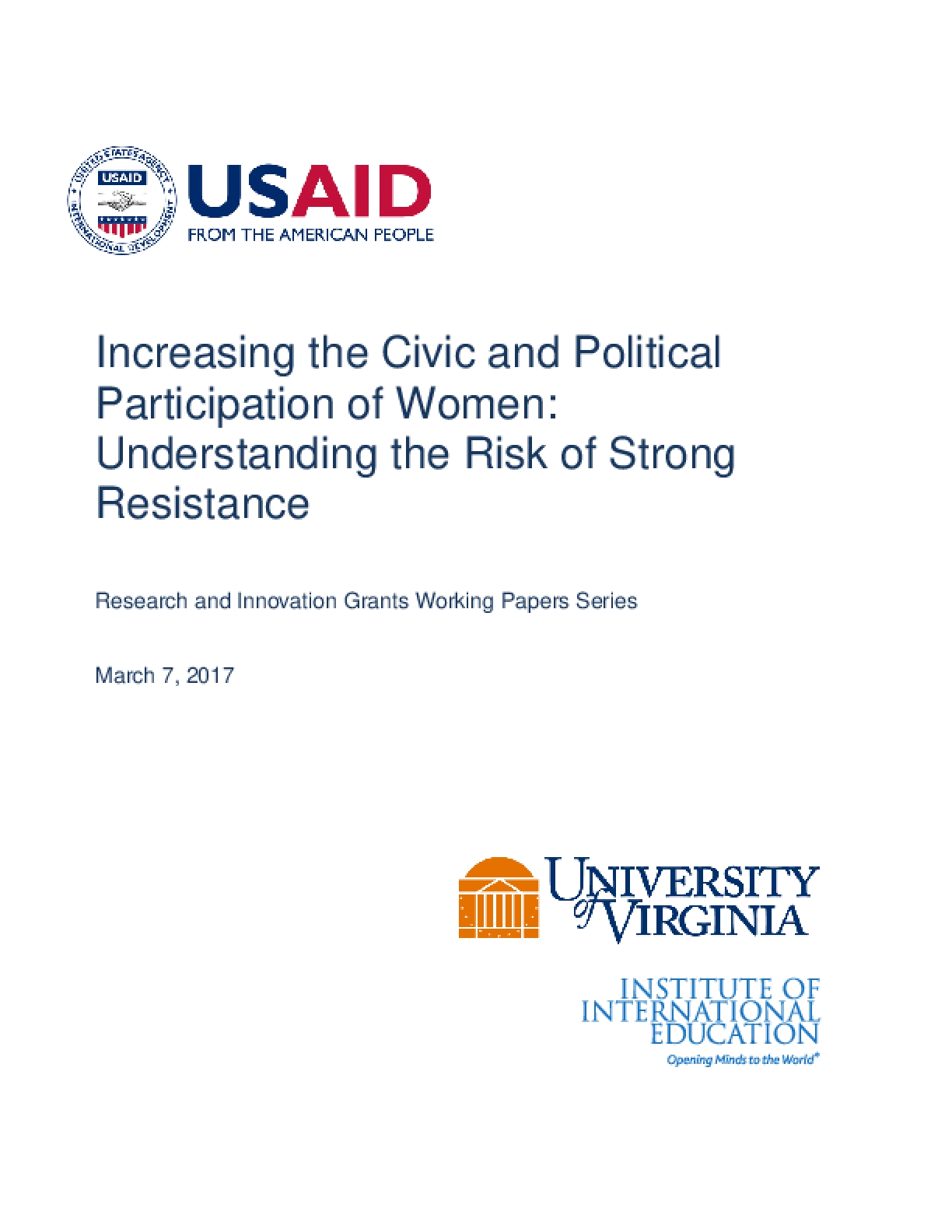