This study is part of a larger project on the role of local (independent) press in the development of civil society in small cities. In 2007, a series of research was done in the towns of Dobryanka, Tchaikovsky, Zheleznogorsk, Serpukhov, Kachkanar and Kudymkar. As part of this first phase of our research project, we studied factors and functional conditions that drive the need for the existence of independent media and ensure their independence. Field work was mainly carried out in 2011and completed at the end of 2012. In 2011, the survey covered the towns of Berdsk, Novoaltaisk, Sarapul, Serov, Dubna and Zhukovsky. In 2012, further interviews were conducted in Zhukovsky with representatives of different social groups and the editorial staff of the newspaper "Zhukovskiye news" . For several reasons, this report is completed at the end of 2012. This time was full of political events and changes in the political climate of the country. Therefore, part of the observations of this work have lost their political relevance, but retain sociological interest. 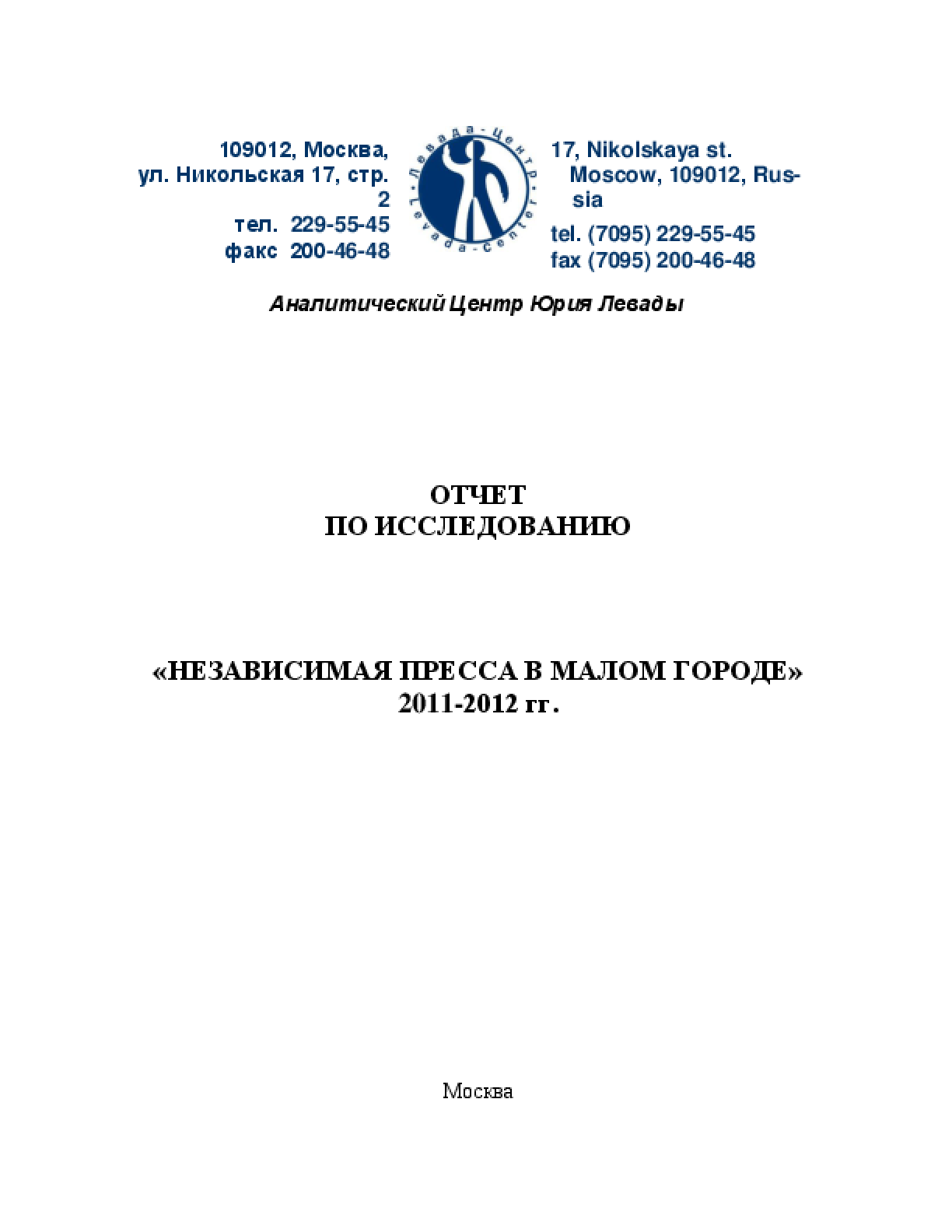