The Campaign Finance Institute (CFI) takes a close look at financing in the House and Senate elections of 2012. The report breaks down candidates' receipts and independent spending by status (i.e., incumbent, challenger, open seat), party, and margin of victory, and finds that independent spending roughly equaled that of the candidates in close House and Senate races. CFI, a MacArthur grantee, shows that as of October 17, winning candidates for the House of Representatives had raised an average of $1.5 million, compared to $1.4 million for the full two-year cycle in 2010. Winning Senate candidates had raised an average of $9.7 million through October 17, compared to $9.0 million for the full two years of the 2010 election cycle. 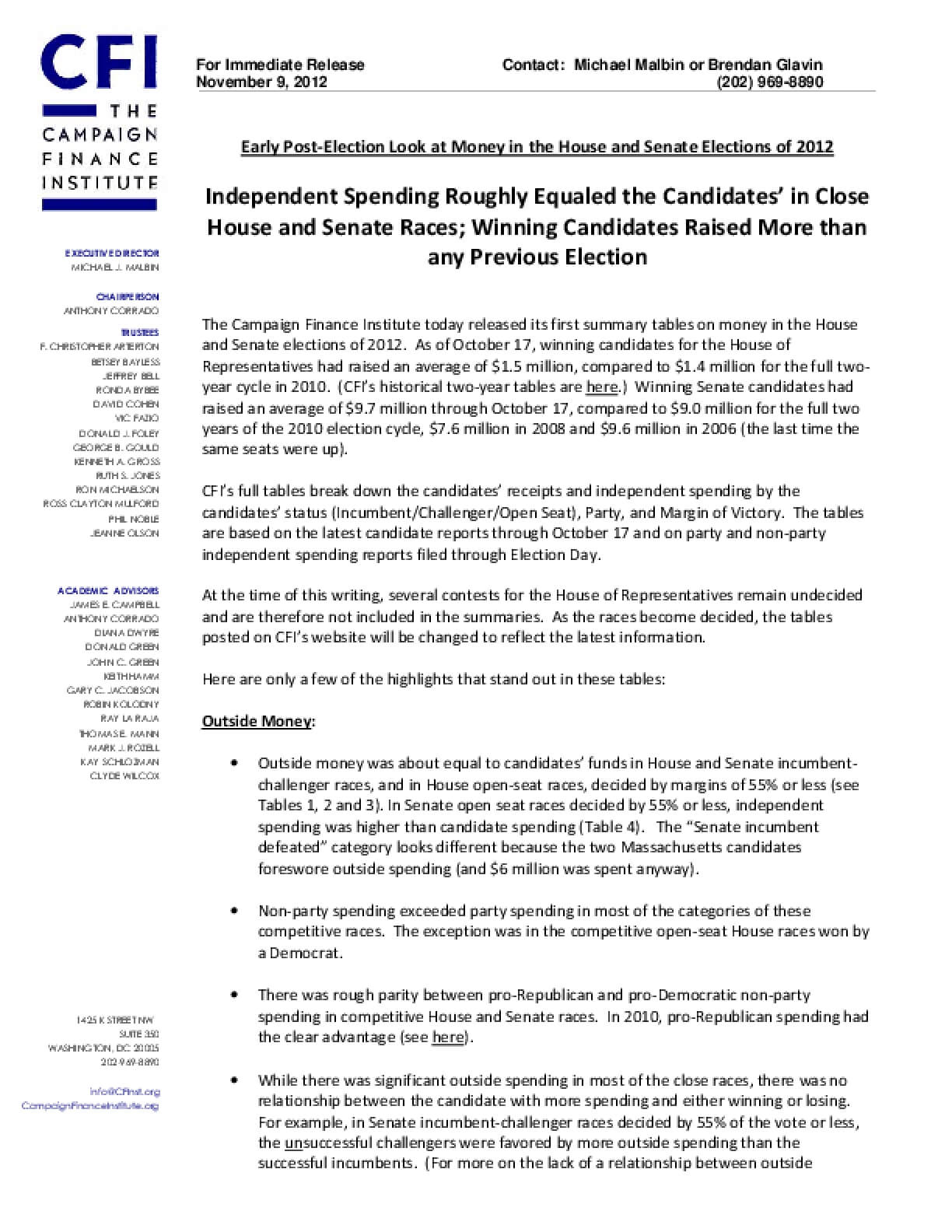