This 2013 Edition of the Institute for 21st Century Energy 's Index of U.S. Energy Security Risk illustrates, perhaps more than any of the previous editions, the scale and scope of the changes taking place in U.S. energy markets and how those are improving energy security at a pace unseen since the early 1980s. It also is a good time to take stock of how the U.S. Index, after four editions, has done at answering the simple question: Is our energy security is getting better or worse, and why? As the report details, there are signs of improvement. Nevertheless, the overall level of energy security risk is uncomfortably high and is projected to remain so. However, the situation is not quite as gloomy as it was in recent years, and the current projection over the next several years looks to be less precarious than was thought a few years ago.One positive trend in particular that has emerged is the rise in domestic unconventional oil and gas production. It is noteworthy both for how it has influenced U.S. energy security risks over the past few years and how it might lessen future risks. 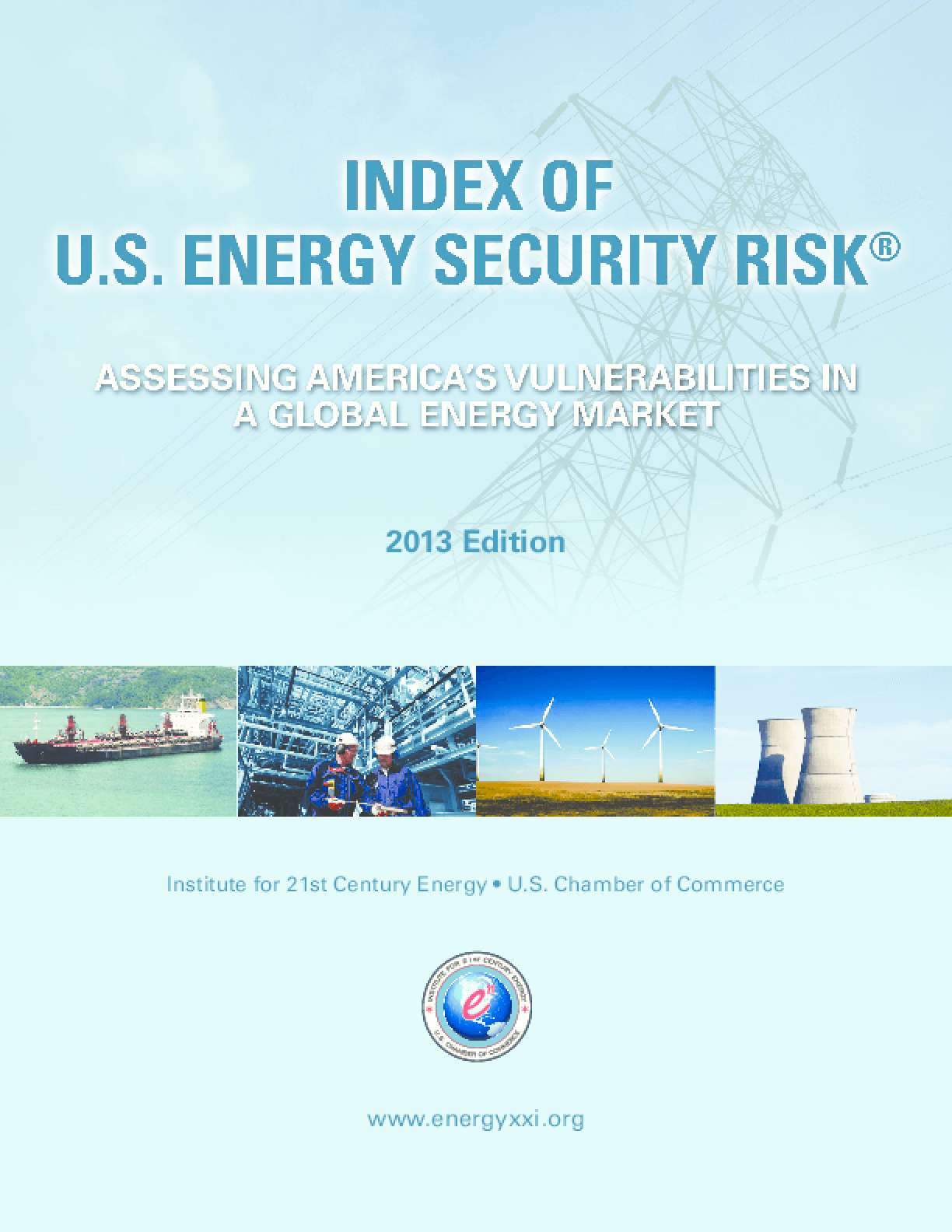