India Giving: Insights into the Nature of Giving Across India

Giving in India is as ancient as the country itself. The instinct to give is part of the ebb and flow of our daily lives, permeating our religions, our culture and our history. Looking to the future, my firm belief is that philanthropy in India is destined to soar over the next decade. I believe this for two key reasons. The first is the sheer depth of social need in India. While the future promises much, the reality today remains that tens of millions across India need food, shelter and medicine on a daily basis. We know from India's 2011 census that by the time children being born today are teenagers, India will likely be the most populous nation in the world. For this growth to be sustainable, the change that philanthropy can bring will be vital. The second reason is the groundswell of evidence. A belief that philanthropy is on the rise in India is widely held, yet in truth, not enough is known about the size, scope, and impact of our generosity. Though there have been a few attempts to research and quantify individual giving, most of these studies have focussed on 'High Net Worth Individuals', rather than the general public. In order to nurture and expand charitable giving effectively, we must work with evidence that describes the broad context, such as the burgeoning middle class. With a reliable view of the dynamics of individual giving across the different socio-economic settings, we will be able to unlock knowledge that will encourage those who can afford to give, to give as much as they can. 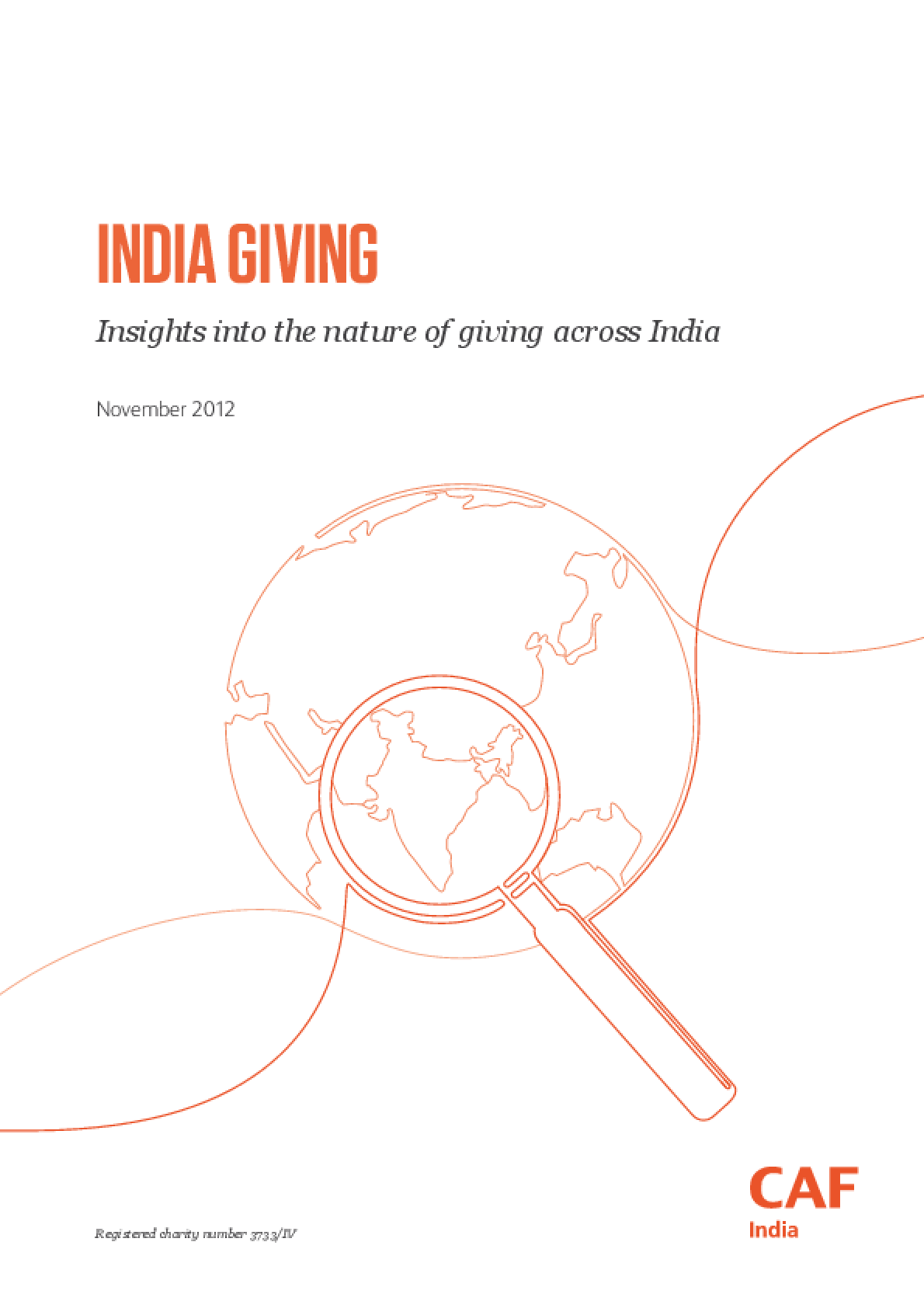