India's Intergovernmental Transfer System and the Fiscal Condition of the States

India's fiscal deficit and steep deterioration in state finances is a source of concern. The literature abounds with references to the combined fiscal deficit of the center and the states currently at over 10 per cent of GDP. During no other eight year period has the debt-GDP ratio rose by more than 10 percentage points where the ratio of outstanding debt to GDP increased from 21 per cent in 1996-97 to 35 per cent in 2004-05 (Budget Estimate). In this paper, we contend that the lack of State fiscal discipline is due in large part to a flawed intergovernmental fiscal system that fosters fiscal profligacy at the state level. Specifically, the States are highly dependent on transfers from the Union Government, which breaks the Wicksellian link between costs and benefits. There is a lack of transparency and accountability in the system because of extensive use of inadequate revenue assignments, lack of sufficient decentralization to local bodies, and a poorly designed intergovernmental transfer system. Finally, the States are operating under soft budget constraints which encourage fiscal profligacy. In this paper, we concentrate our discussion on issues related to the intergovernmental fiscal transfer system. We contend that the high transfer dependency of the states has weakened accountability and fiscal discipline. The transfer system is also very complex and lacks transparency and coordination among the institutions in charge of implementing transfers, which together produce a cycle of distorting incentives. If the fiscal behavior of the States reflects the incentives created by the intergovernmental system, as we contend, then, absent structural reform of the intergovernmental fiscal system that addresses the perverse incentives of the current system, the fiscal trends described above are likely to persist. Although the Twelfth Finance Commission (TFC) has addressed some of the issues related to the intergovernmental fiscal system and soft budget constraint, there is still an urgent need to tackle other issues in the intergovernmental fiscal system that create perverse incentives and soften budget constraints. This emphasizes the need for the State and Union Governments of India to strengthen and accelerate the reform of India's intergovernmental system. Working Paper 06-47 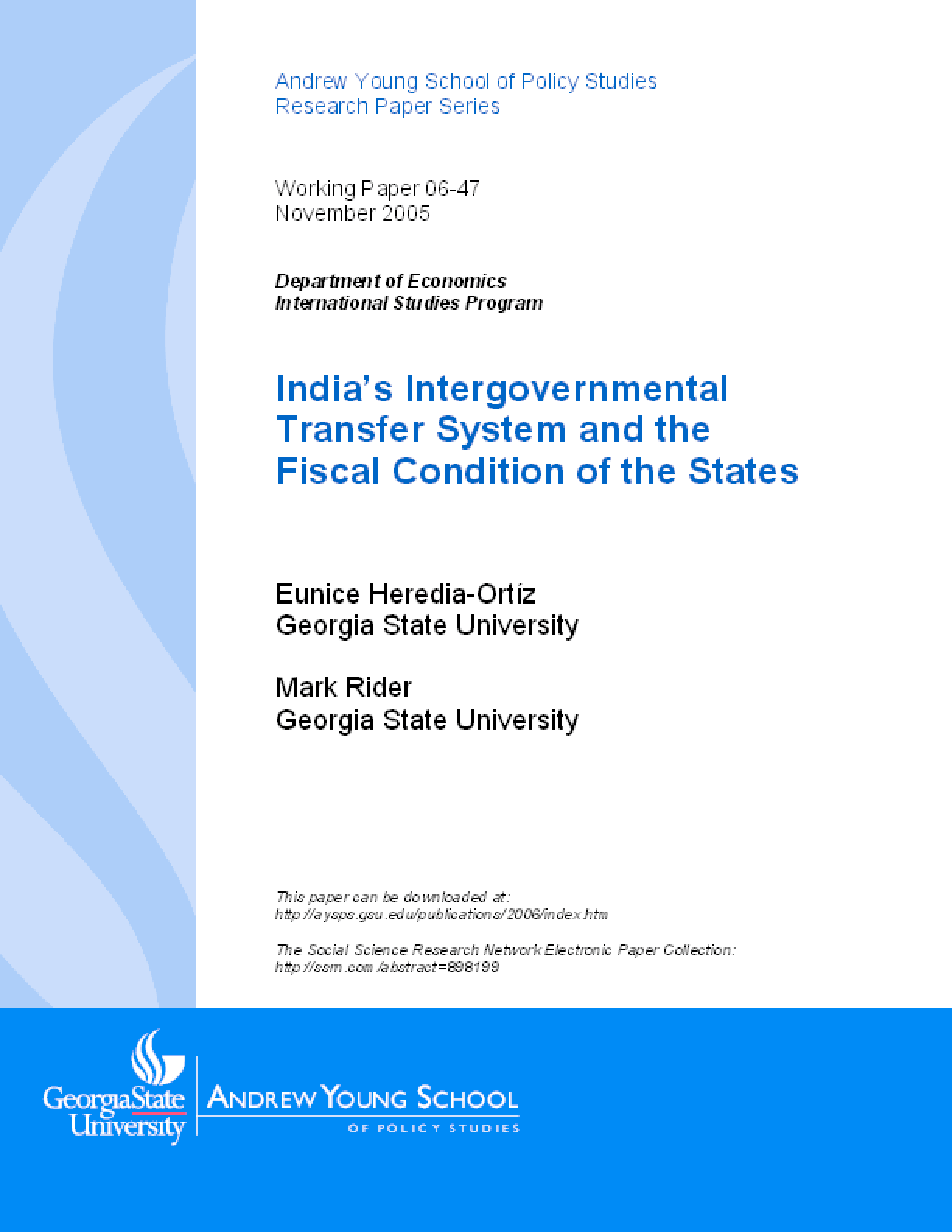