Chapter 6.4 presents responses to questions where clients were asked about their children's skipping of meals, being hungry, and not eating enough. Key Findings: (Excerpted from Hunger in America 2010.) 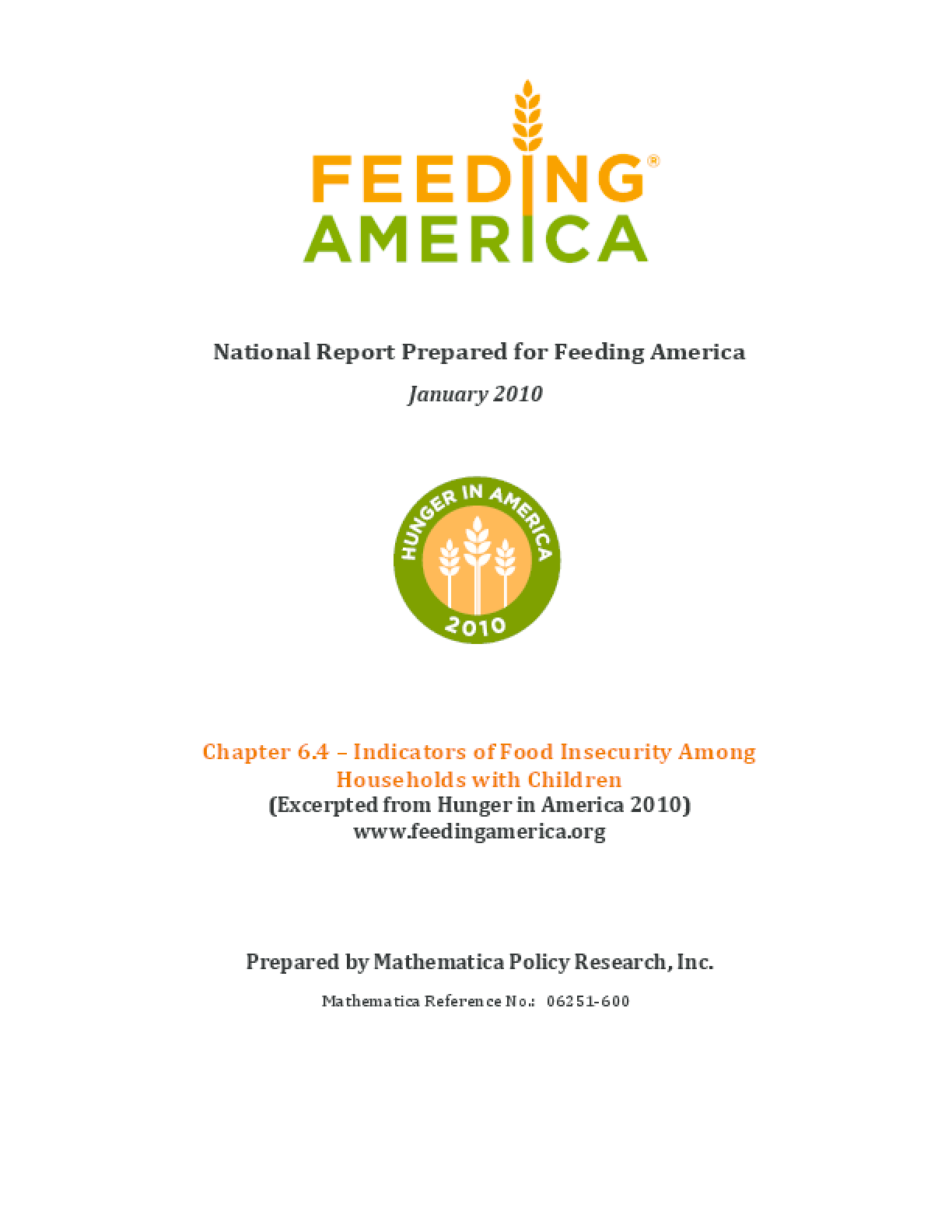