In India, as in many other developing countries, urban population growth and the shortage of planned affordable housing have led to 26–37 million households (33–47 percent of the urban population) living in informal housing (slums and unauthorised housing). Slum dwellers often live in poor conditions and face the threat of eviction or demolition. Unauthorised housing dwellers usually have some basic services (such as electricity and water). However, they may lack proper roads, sewage, or drainage, and they also face the potential threat of demolition.

The Indian government has tried many different approaches to help improve living conditions for informal housing dwellers, but without sizeable impact. Redeveloping and relocating slums has not scaled, improving service provision has been slow, and "legalising" unauthorised housing has been limited. Unfortunately, informal housing is going to exist for the foreseeable future in India, and there is an urgent need to improve the lives of people who are living in such sub-optimal conditions.

This report applies a property rights lens to segment the different types of informal housing, to understand the size and the needs of these segments, and to identify potential solutions to meet these needs. The research focuses specifically on owner-occupants, since they are most likely to invest in improving their housing as they will benefit from these improvements—both as residents and as owners of the asset. 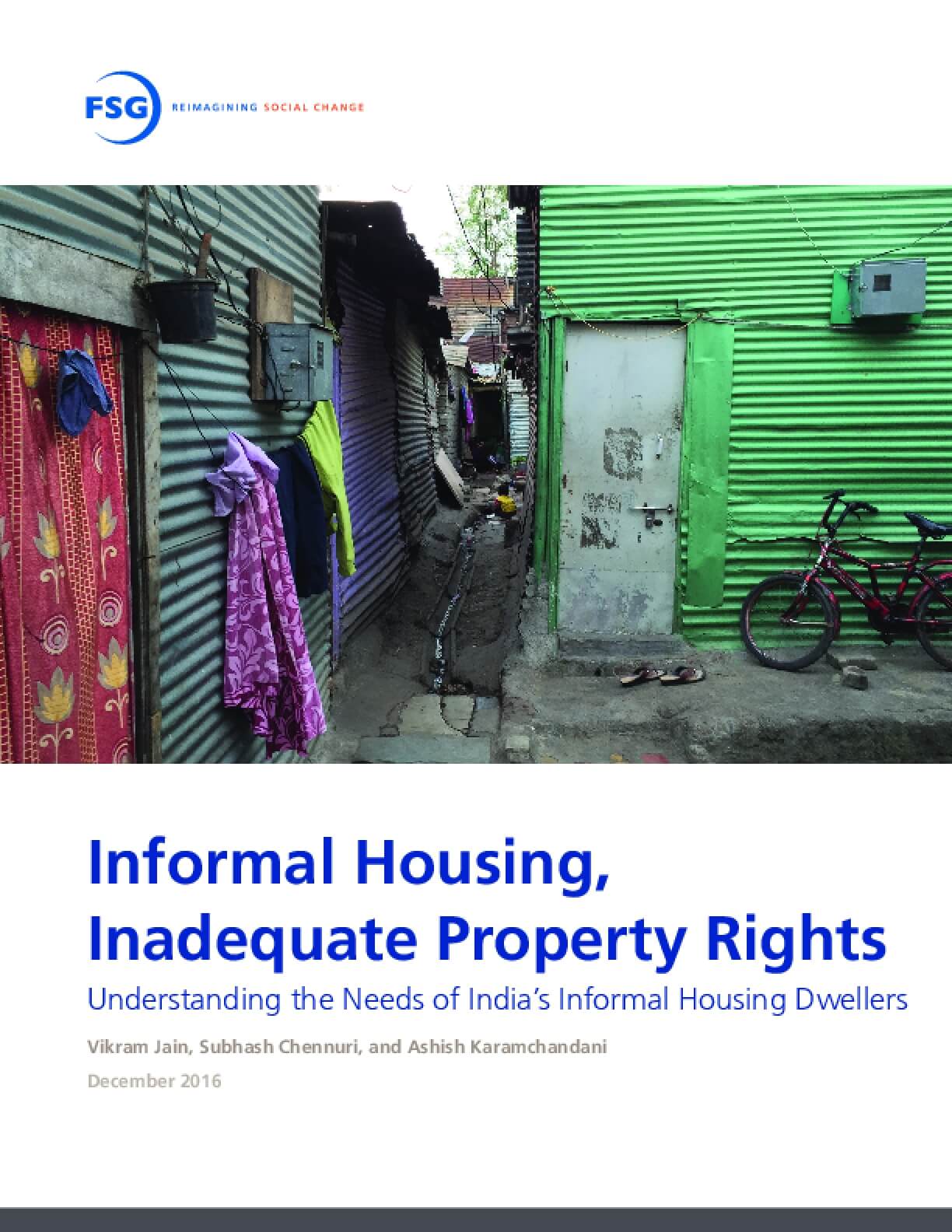