Leadership from the G20 is critically important right now. The global economic situation is as fragile as it has been at any time in the past 50 years. As leaders of the G20, you face a difficult challenge: How do you resolve the immediate crisis while continuing to make smart investments in long-term growth and improved living conditions? During my lifetime, innovations in business, science, and technology have energized the global market economy in unprecedented ways. The world economy is 500 percent bigger than in 1960. Whole groups of countries that had been at the margins have become key drivers of growth. Their success is widely viewed as a miracle. This progress has benefited everyone, not just the richest. You can see progress in the rising Gross Domestic Product (GDP) of many countries around the world. You can also see it in falling poverty rates and other quality-of-life indicators captured in the Millennium Development Goals (MDGs), established by world leaders in 2000 and agreed to by all G20 nations. 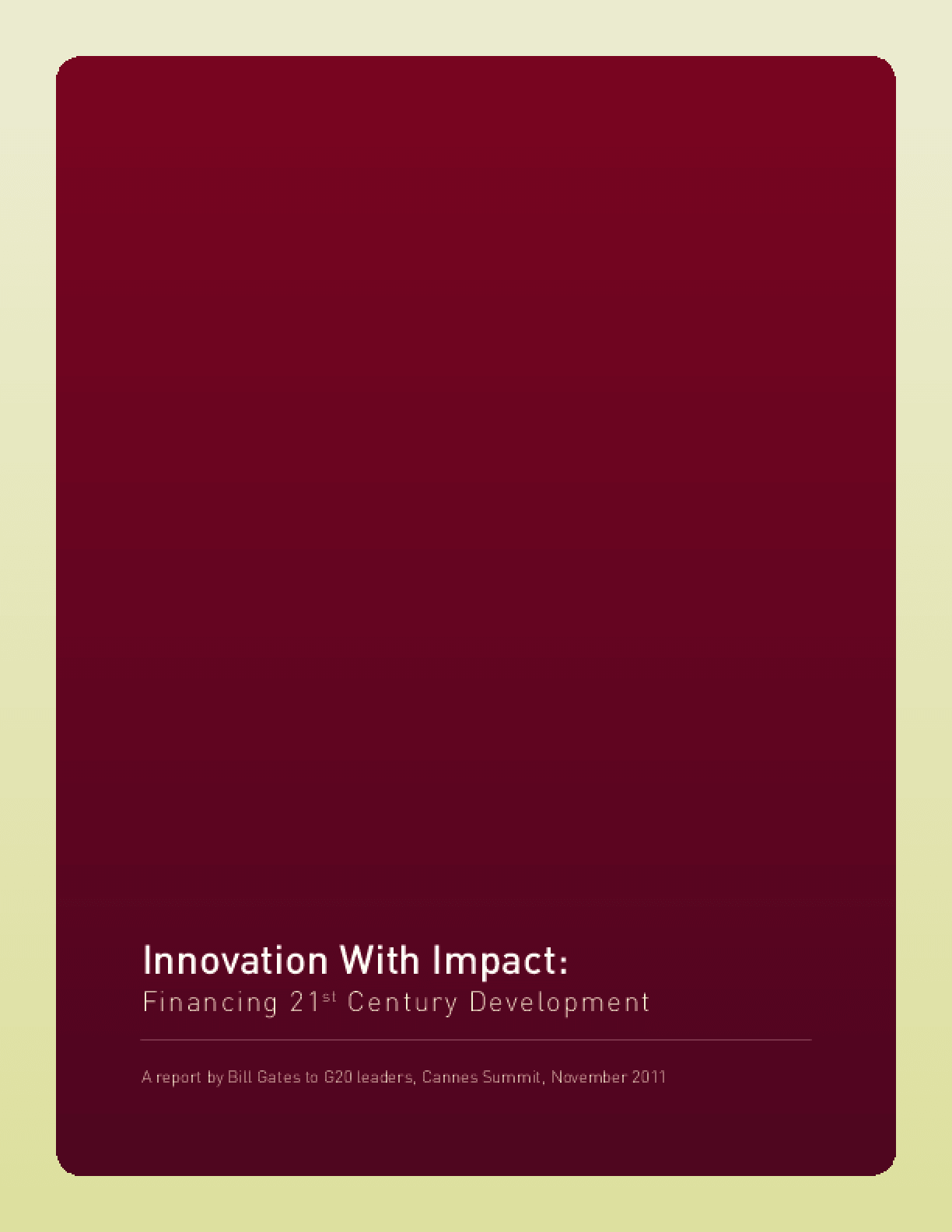