A new report, supported by the Robert Wood Johnson Foundation and authored by Georgetown CHIR and Urban Institute researchers, examines how uncertainty over the long-term future of the ACA have affected insurers' participation and premium setting decisions for the 2018 and 2019 plan years. We interviewed 10 insurance companies participating in the individual market in 28 states and D.C. and a few key takeaways include: 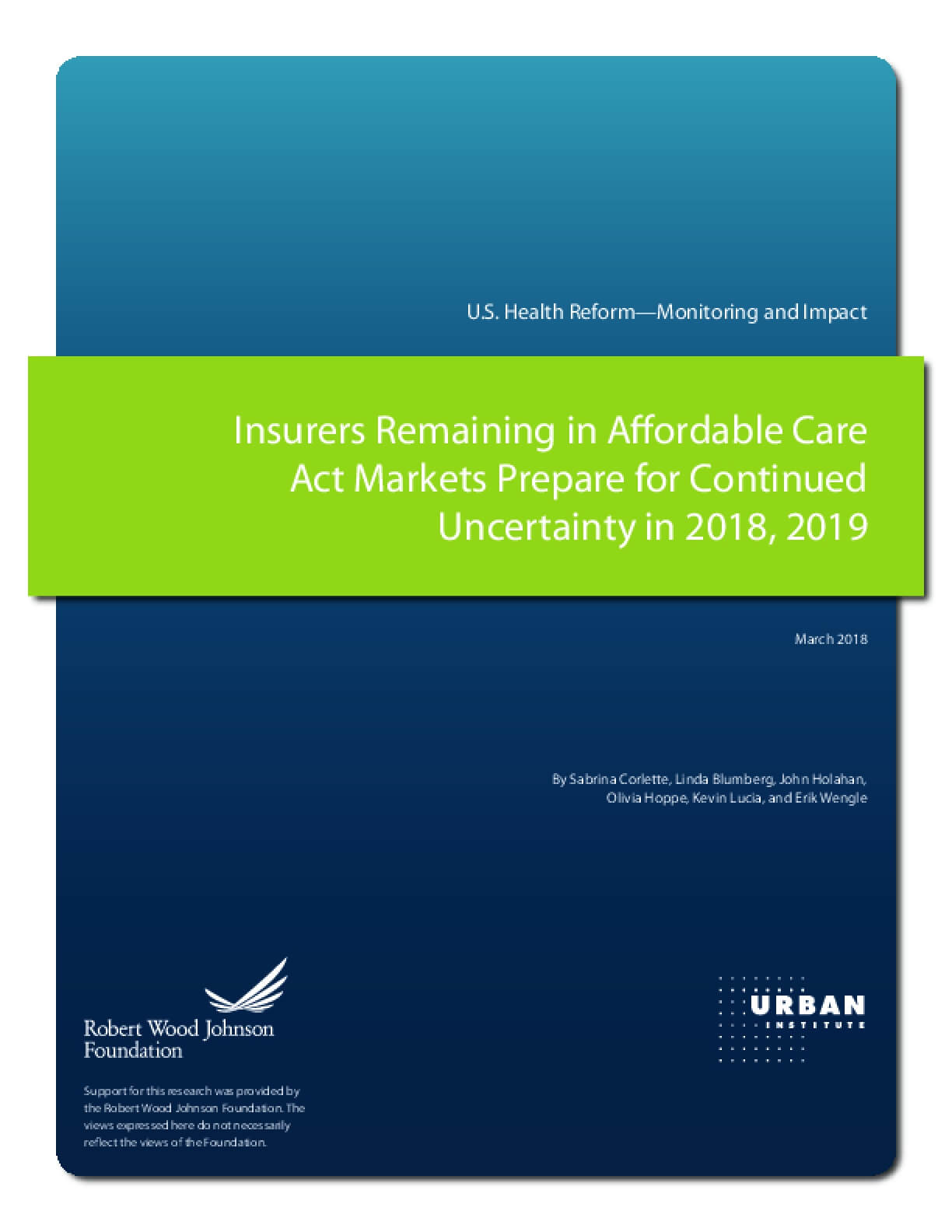