This report is a result of the first annual Aspen Institute Dialogue on Diplomacy and Technology, or what we call ADDTech. The concept for this Dialogue originated with longtime communications executive and Aspen Institute Trustee Marc Nathanson. Since his tenure as Chairman of the U.S. Broadcasting Board of Governors (BBG), Nathanson has been concerned with how American diplomacy could more rapidly embrace the changing world of social media and other technologies. He is also a graduate of the University of Denver where former Secretary of State Madeleine Albright's father, Josef Korbel, namesake of the Josef Korbel School of International Relations there, was his professor. Thus, Albright, another Institute Trustee, was a natural partner to create the first Dialogue on Diplomacy and Technology. The cast is ably supplemented with Korbel School Dean and former U.S. Ambassador Christopher Hill and Aspen Institute President Walter Isaacson, who himself was also recently the chair of the BBG. The topic for this inaugural dialogue is how the diplomatic realm could better utilize new communications technologies. The group focused particularly on social media, but needed to differentiate among the various diplomacies in play in the current world, viz., formal state diplomacy, public diplomacy, citizen diplomacy and business diplomacy. Each presents its own array of opportunities as well as problems. In this first Dialogue, much of the time necessarily had to be used to define our terms and learn how technologies are currently being used in each case. To help us in that endeavor, we focused on the Middle East. While the resulting recommendations are therefore rather modest, they set up the series of dialogues to come in the years ahead. 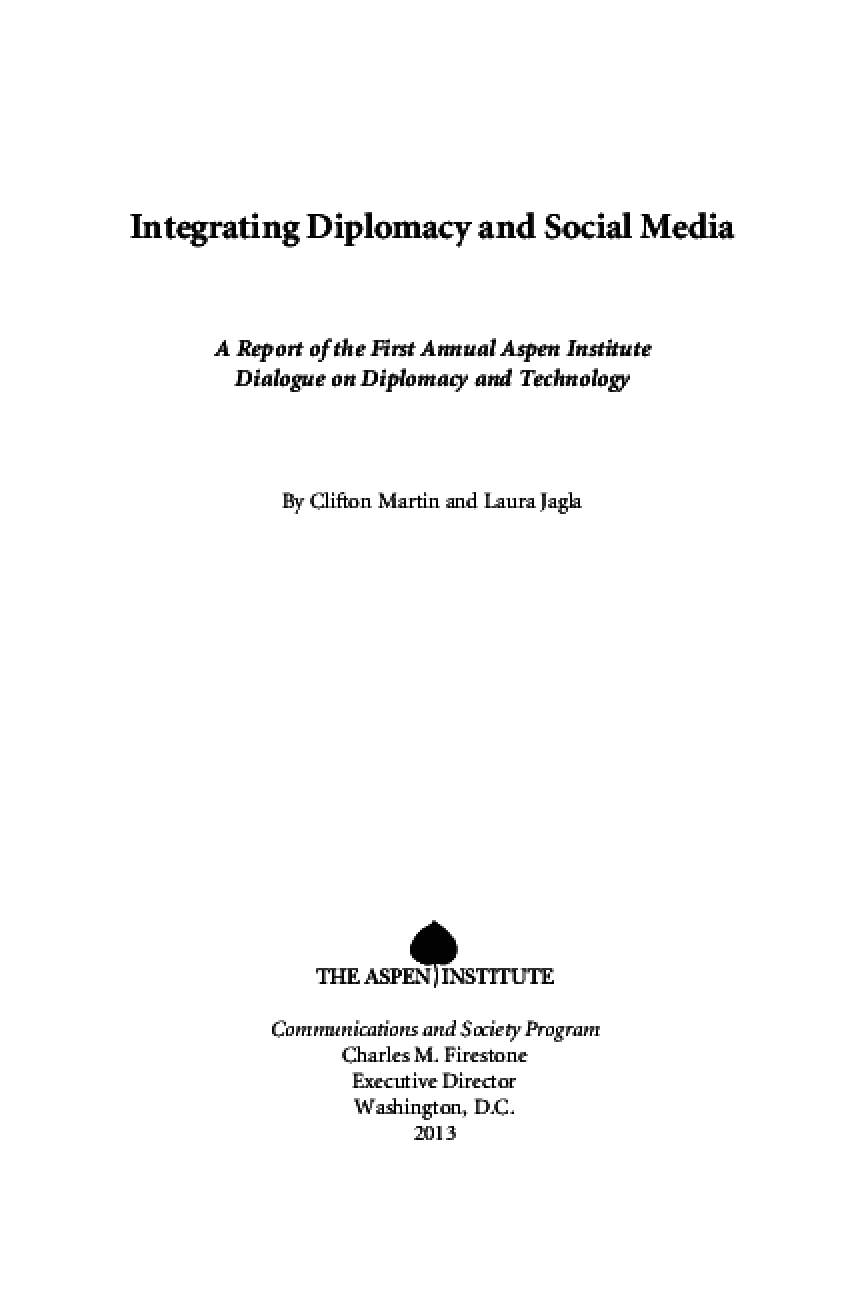