Water transfer has and continues to be a complementary water management strategy for promoting socioeconomic development in water-scarce regions. Over 2,500 years ago, the Babylonians, the Roman Empire and the Chinese constructed extensive canal networks, famous aqueducts and the Grand Canal, respectively to support human settlement in water- scarce areas. The Anuradhapura Kingdom of Sri Lanka too, developed major water transfers as far back as 100 AD to support the irrigation civilization needed to feed a growing population (de Silva 2005). In the twentieth century, the phenomenal population growth, economic activities and human settlement in water-scarce regions, advances in science and technology, political will and availability of resources led to the development of many water transfer projects. The global inter-basin water transfer increased from 22 to 56, from 56 to 257 and from 257 to 364 km3 yr-1 during the periods 1900-1940, 1940-1980 and 1980-1986, respectively, and is estimated to increase to 760-1,240 km3 yr-1 by 2020 (Shiklomanov 1999). Most of these transfers took place in Canada, the former USSR, India and the United States of America. 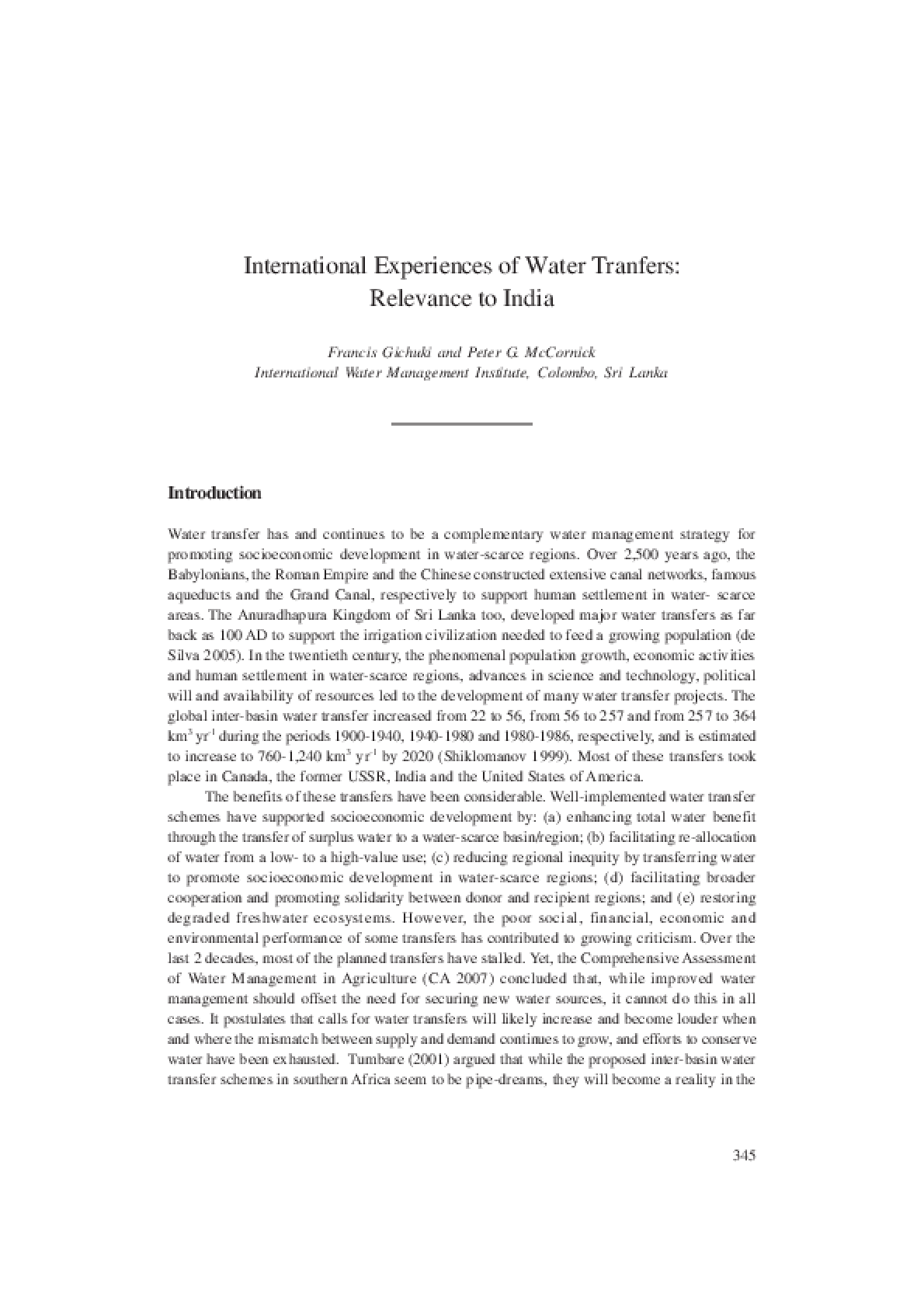