International Healthcare Systems and the US Health Reform Debate

The ongoing challenges within the US healthcare system include its high costs, uneven access, and tremendous complexity. These deficits regularly generate calls for full-scale health reform from both sides of the political aisle. Republicans in Washington DC have consistently proposed to repeal the Affordable Care Act (ACA) and replace it with a less regulated system; most progressives in California would like to do away with the ACA in favor of "single-payer" healthcare modeled on the Canadian system. When considering the desirability of reforms, whether they come from the right or the left, it makes sense to look at how other developed countries are tackling their own healthcare challenges. 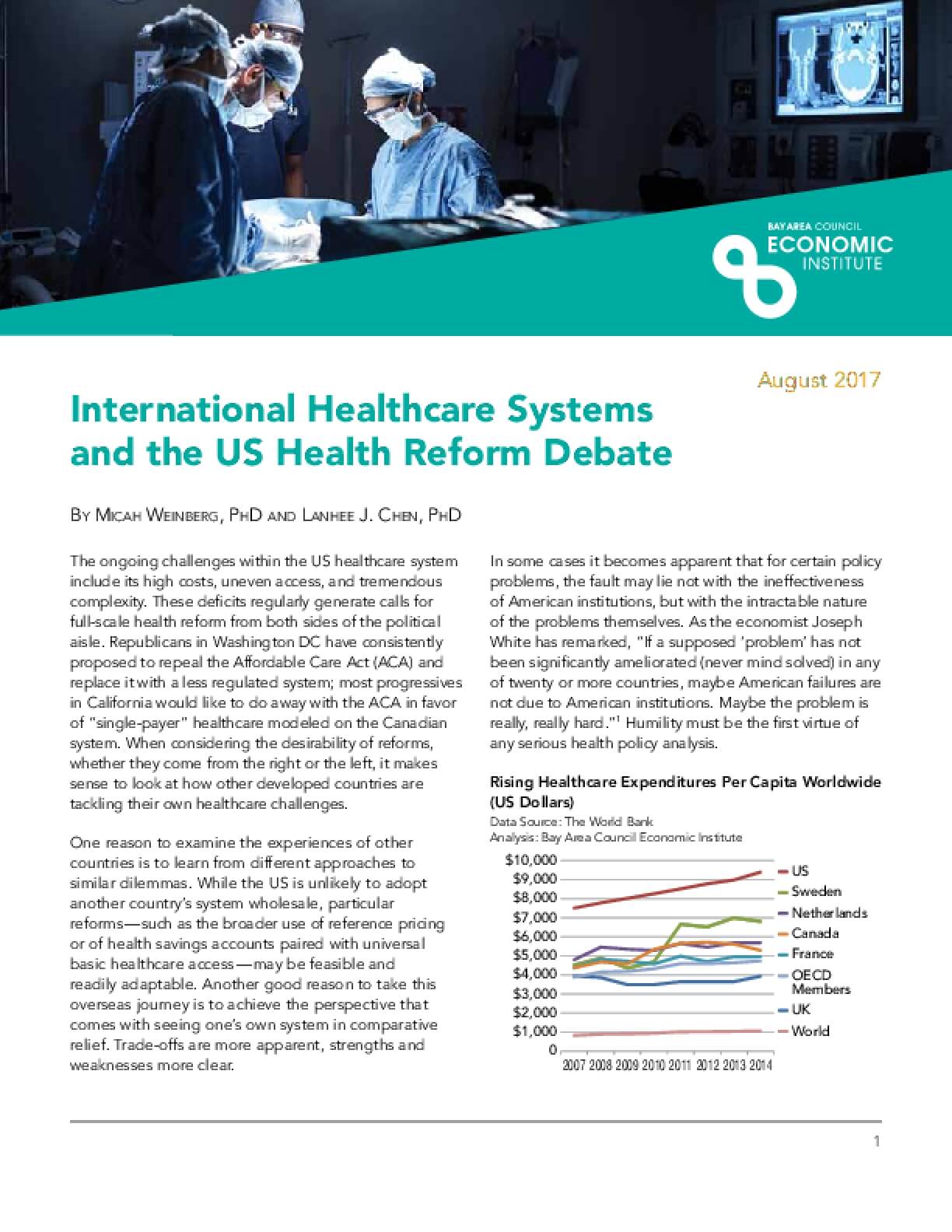