From Conflict to Harmony the Confucian response to interfaith dialogue It is true that unlike other living faiths, Confucianism has lost its organisational and institutional mechanism. However, organisation and institution are never taken to be the sole foundation of Confucianism. Rather, the power and force of Confucianism lies in its values and ideals, the essentials of which have become part of the ways of the Chinese life. In this sense, we may say that Confucianism as a value system is still functioning in today's world and as a living force Confucianism holds not only the motives of social integration but also the solutions and resolutions of inter-religious conflict. 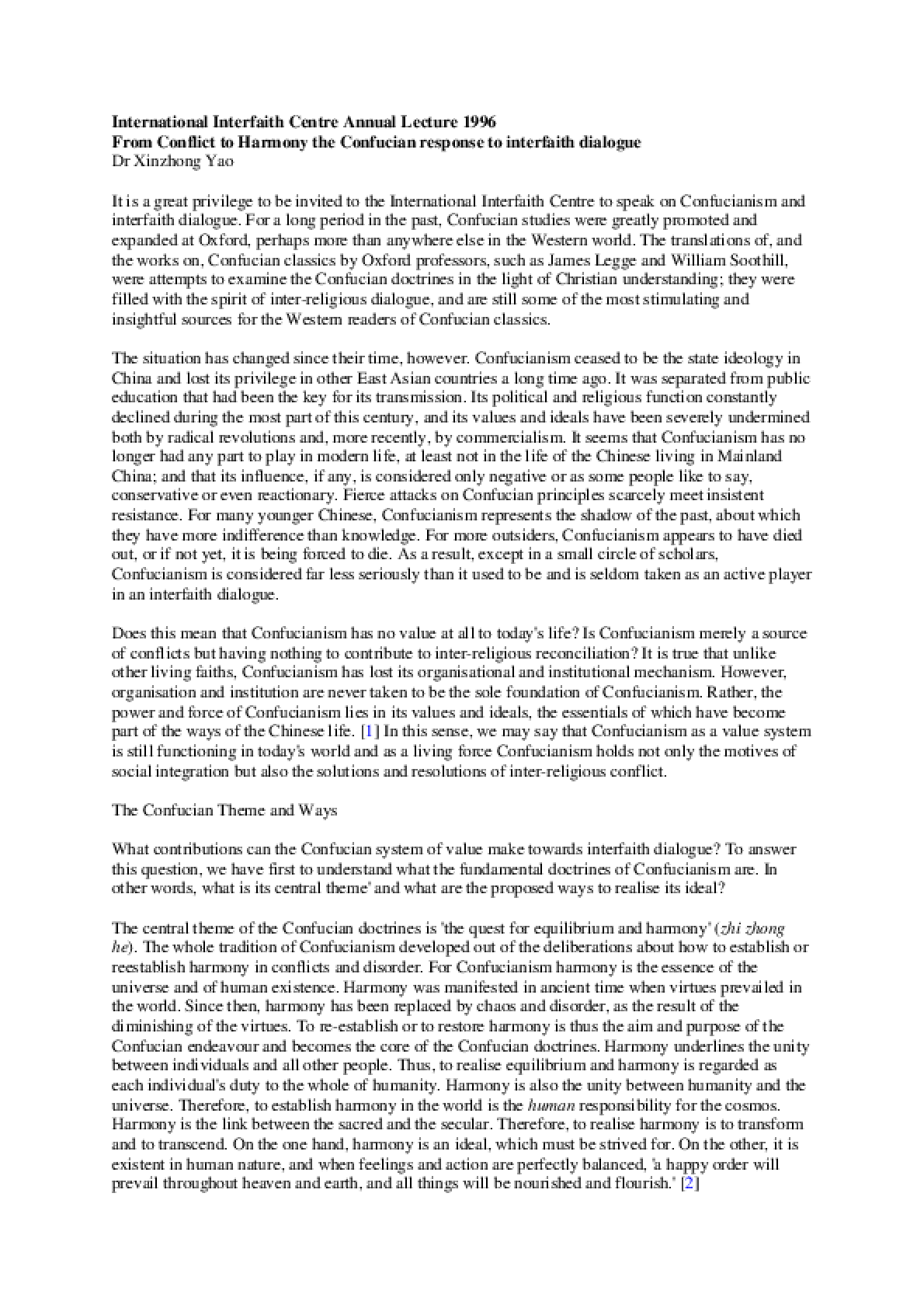