African Indigenous Religions and Inter-Religious Relationship This paper is in three parts. The first part deals with short introductory remarks on inter-faith relations. The second, the longest part, focuses on the fundamental features of Akan indigenous religion and the forms of inter-religious relationship that have emerged from the religious heritage. The third part is a sort of conclusion of my arguments. 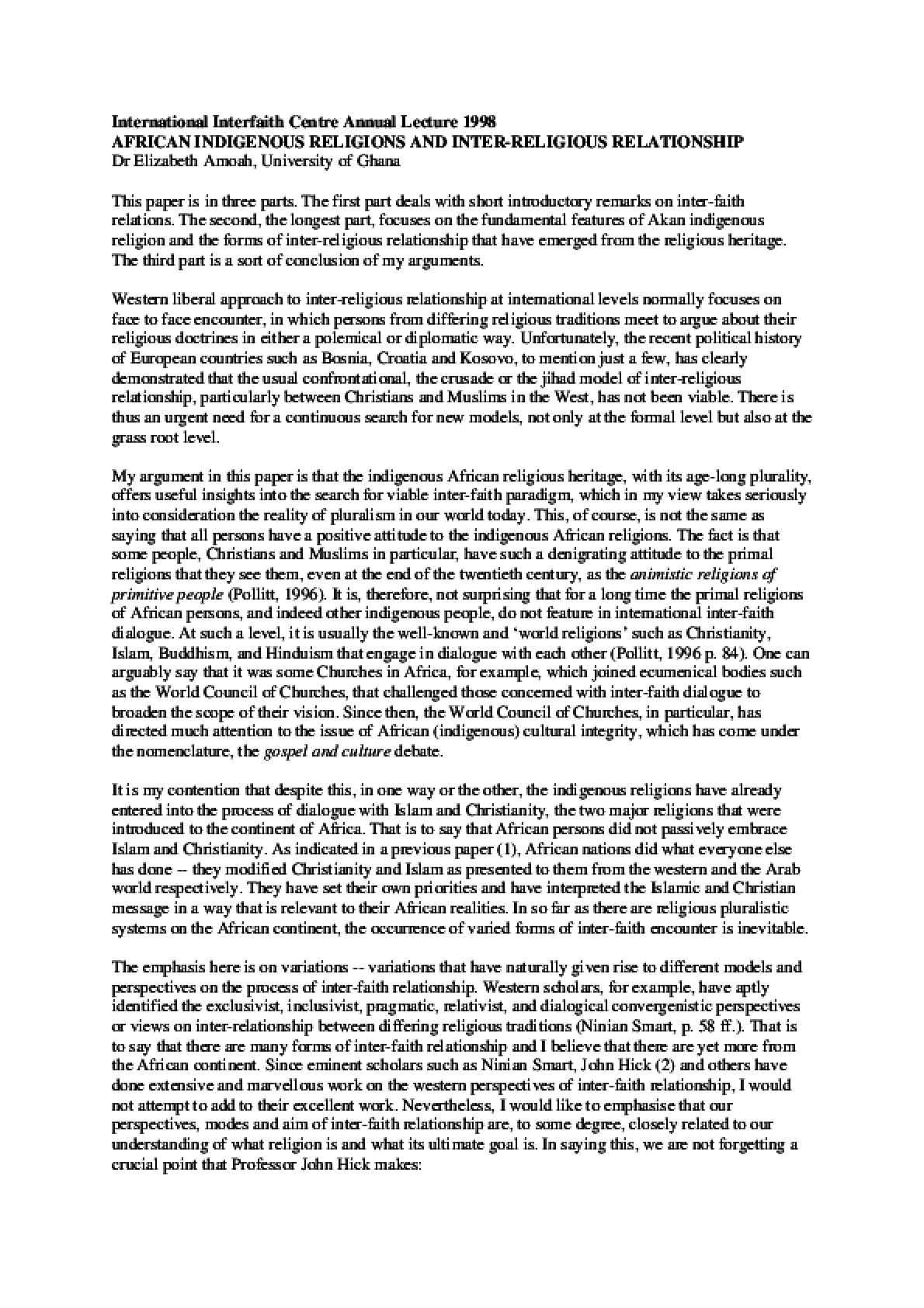