The availability and adequacy of technical remedies ought to play a crucial role in evaluating the propriety of state action with regard to both the inhibition of Internet pornography and the promotion of Internet privacy. Legislation that would have restricted Internet speech considered indecent or harmful to minors has already faced and failed that test. Several prominent organizations dedicated to preserving civil liberties argued successfully that self-help technologies offered less-restrictive means of achieving the purported ends of such legislation, rendering it unconstitutional. Surprisingly, those same organizations have of late joined the call for subjecting another kind of speech--speech by commercial entities about Internet users--to political regulation. With regard to privacy no less than pornography, however, self-help offers Internet users a less-restrictive means of preventing the alleged harms of free speech than does state action. Indeed, a review of privacy-protecting technologies shows them to work even more effectively than the filtering and blocking software used to combat online smut. Digital self-help in defense of Internet privacy makes regulation by state authorities not only constitutionally suspect but, from the more general point of view of policy, functionally inferior. 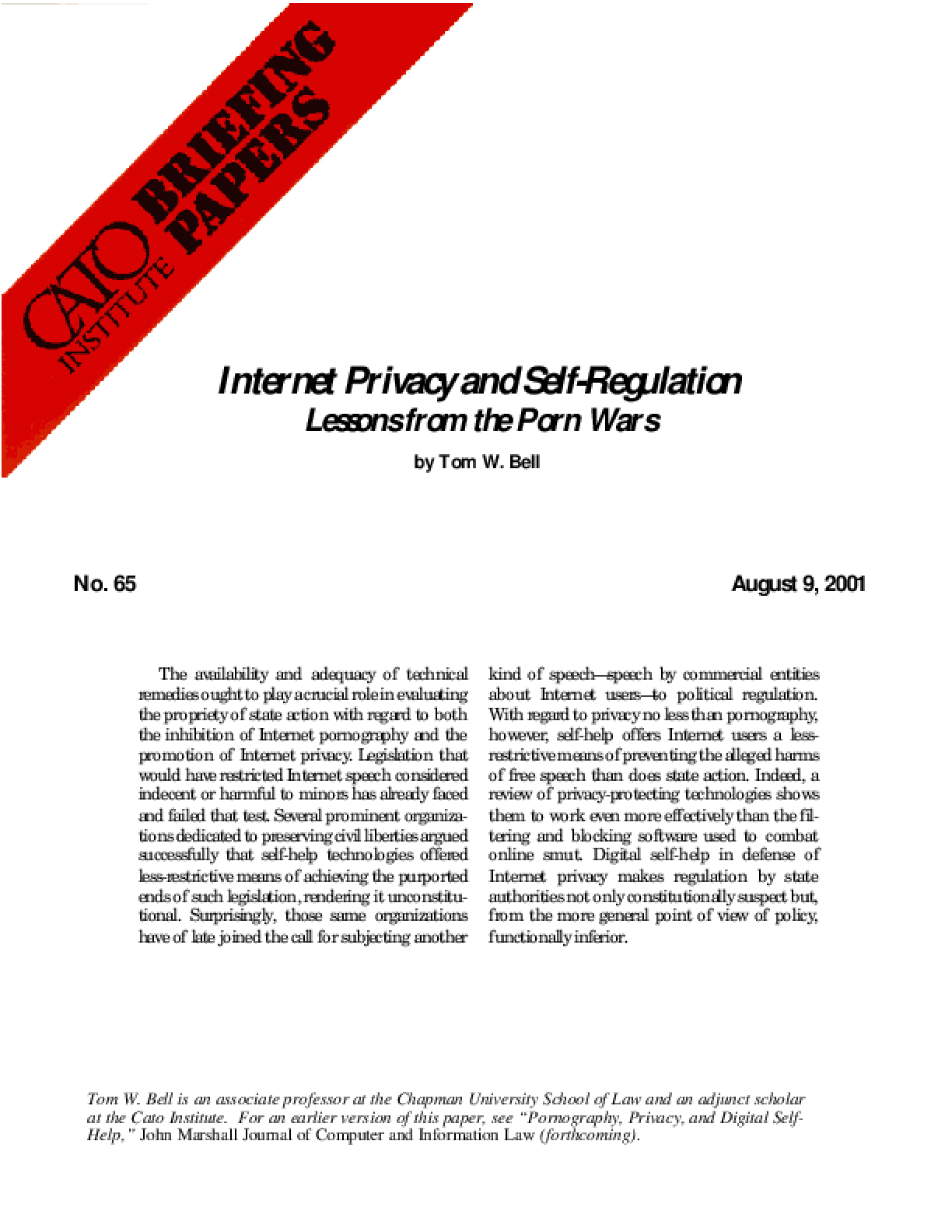