Intimations of Immortality: The Ethics and Justice of Life Extending Therapies

We are all programmed to age and die, but maybe it doesn't have to be that way. If cells weren't programmed to age, if the telomeres, which govern the number of times a cell may divide, didn't shorten with each division, if our bodies could repair damage due to disease and aging from within, we would certainly live much longer and healthier lives. From all over the world, research is being reported, which, if it comes to fruition, would not only constitute major contributions to the treatment of disease but could in principle lead to the indefinite extension of life, to the extent perhaps that we would begin to think of people who had received such life- extending treatment as immortals. 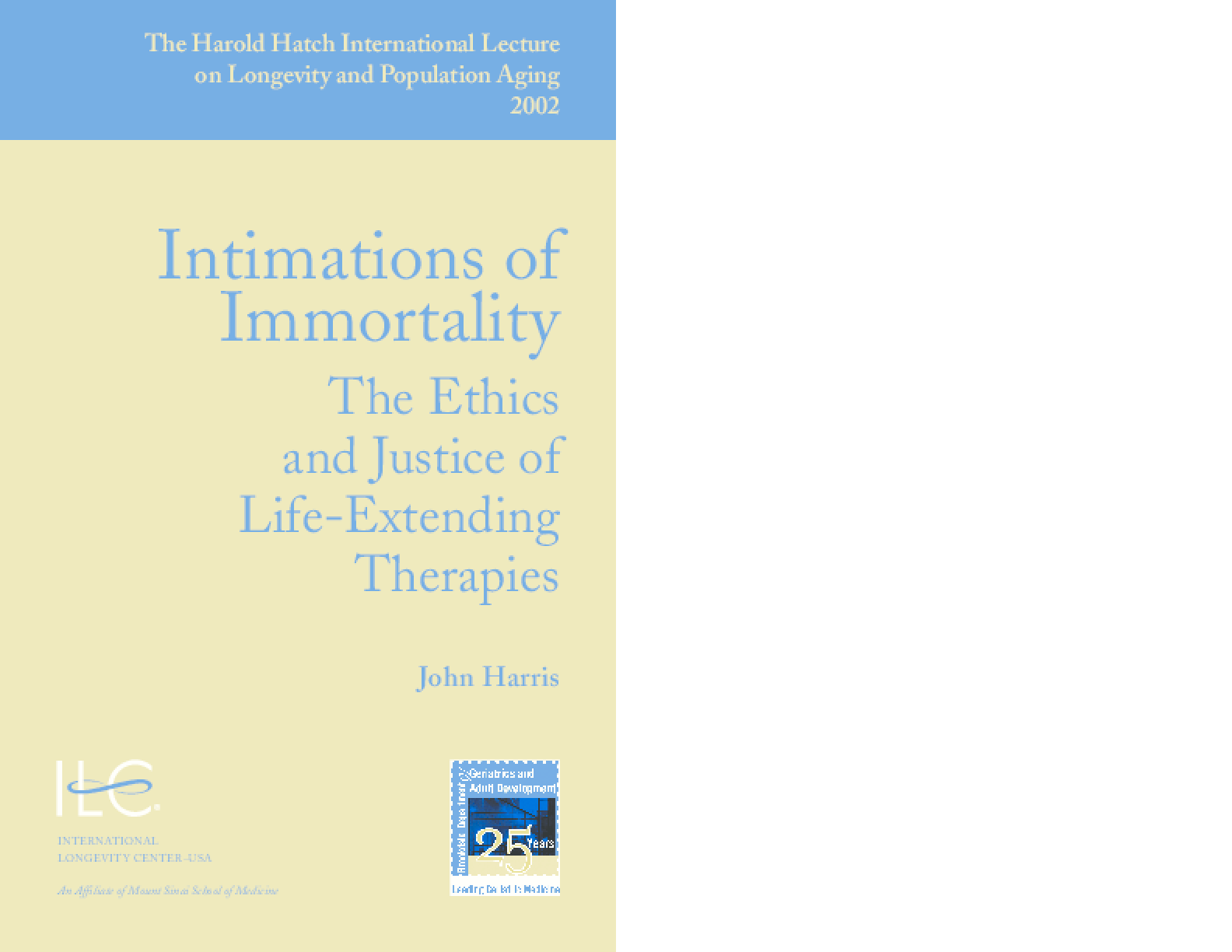