Into the Tunnels: The Rise and Fall of Syria's Rebel Enclave in the Eastern Ghouta

This report attempts to chronicle the evolution of the Eastern Ghouta's politics since 2011, with a focus on the relations between local armed factions. Much could undoubtedly be written about how the Syrian government and its supporters have reacted to events in the Eastern Ghouta, but such analysis falls outside the scope of this report except as it touches directly on events inside the enclave.

Unable to carry out research in the Eastern Ghouta or even meaningfully in Damascus to investigate these issues, I have instead relied on interviews with Syrians inside and outside the enclave, several of whom have to remain anonymous or are referred to by a pseudonym. Some interviews have been conducted in person, but most have taken place through Skype, phone, and email, or via Internet-based services such as WhatsApp, Telegram, Twitter, Viber, and Facebook.

I have drawn a great deal of material from press statements by the relevant rebel factions and from Syrian government communications, as well as from online news sources and opposition forums in Arabic and English. Many rebel commanders maintain an active presence on Twitter and Facebook, and local activists have produced a wealth of commentary on social networking sites. Last but not least, coverage over the past few years by Syrian and international media, including from other Arab countries, has been an invaluable resource.

Nonetheless, the dearth of systematic research and the lack of reliable source material has been a severe problem. In many cases I have been forced to piece together key events and context by collecting and comparing scraps of limited, biased, or contradictory data. Despite my best efforts, this report is certain to contain errors of fact and interpretation, and I would like to stress that those failures are mine alone; no interviewee or other source should be held responsible for any of the descriptions, conclusions, or opinions expressed. 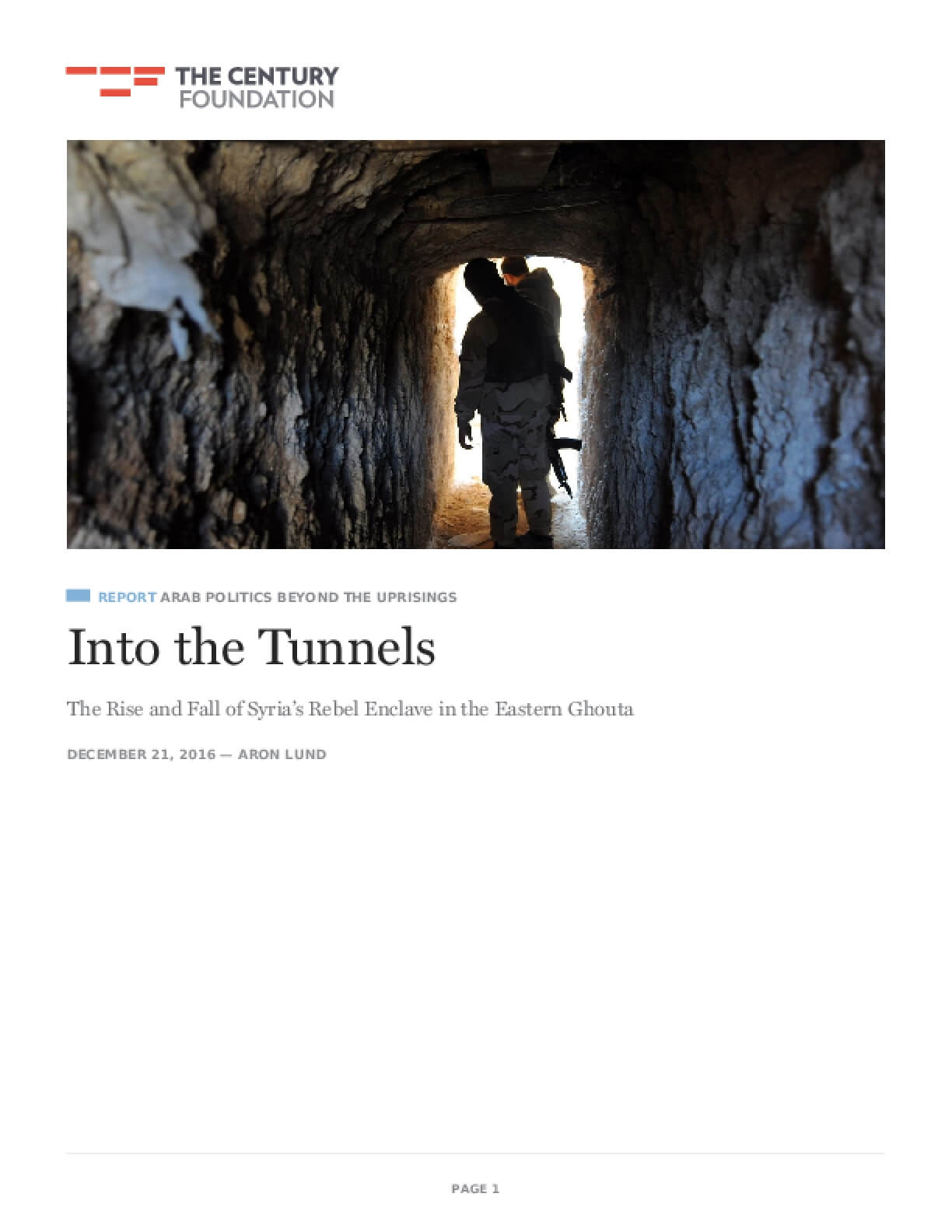