An Invisible Crisis? Women's poverty and social exclusion in the European Union at a time of recession - A GenderWorks paper

All over the world, women remain poor in relation to men. This also is true in every member state of the European Union. The persistence of poverty in such a rich region of the world is shocking, even before the impact of recession has been considered.In October 2009, Oxfam and the European Women's Lobby, commissioned research to explore and analyse the hidden impact of the current economic recession on women's poverty in the EU. This was conducted as part of the GenderWorks project on women's poverty and social inclusion in Europe, funded by the European Commission and led by Oxfam. The report documents evidence of: precarious working conditions; increasing discrimination in the labour market with a subsequent shift to informal work; rising levels of poverty; reduced access to services; and rising levels of domestic violence, accompanied by cuts in vital support services. The evidence clearly indicates that the recession is already having a significant negative effect on the lives of women, not only in relation to the labour market, but also, crucially, outside it. However, the impact of the recession on women remains largely invisible and further in-depth analysis is urgently required. 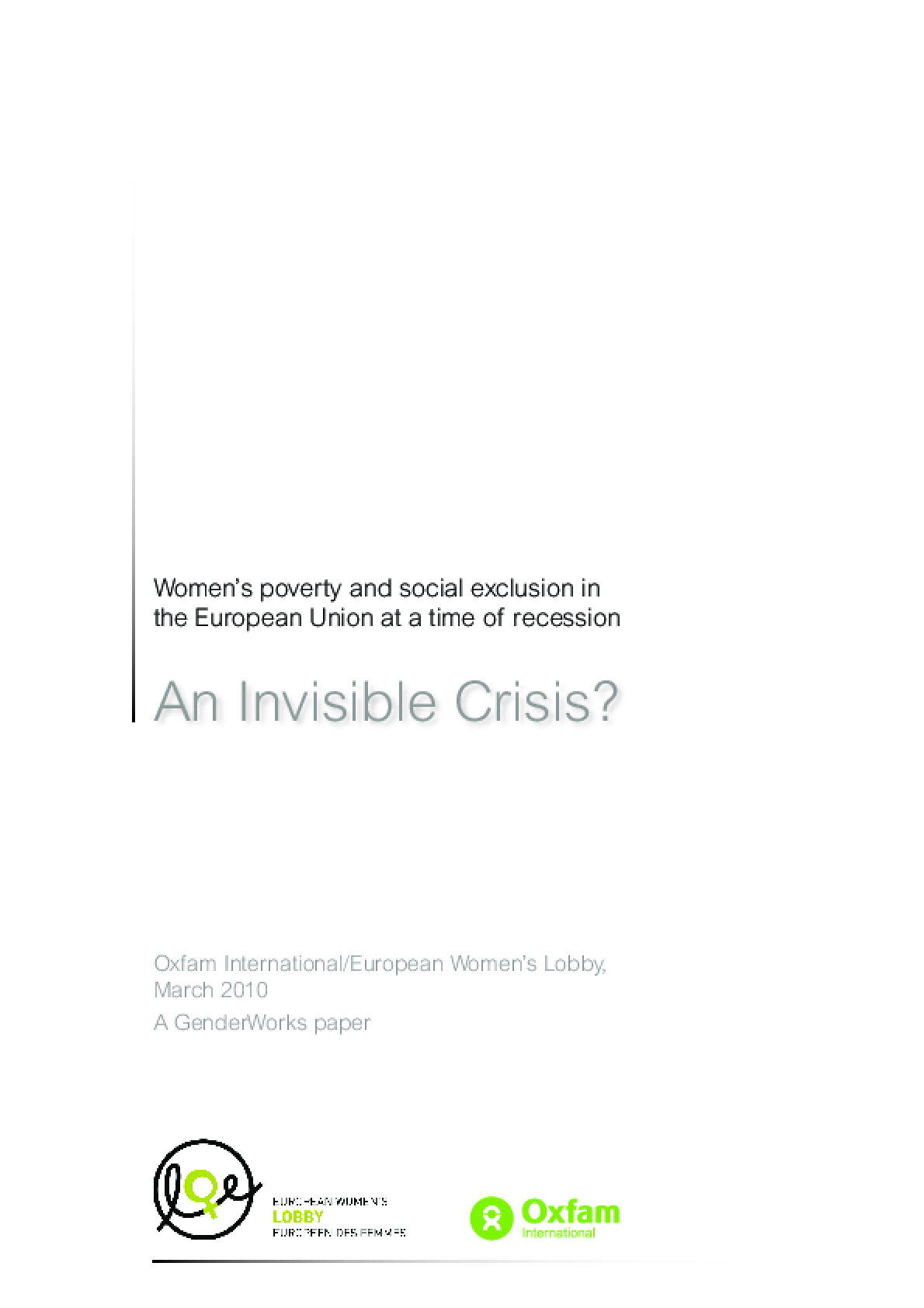