IOUSA Not OK: An Analysis of the Deficit Disaster Story in the Film IOUSA

The movie I.O.U.S.A. portrays a picture of the United States as a country hopelessly addicted to debt. According to the film, the country is about to fall off a cliff if the budget and the economy continue on their current course. While there are certainly many grounds to be concerned about the country's economic condition, the view presented in I.O.U.S.A. is one-sided and misleading. This analysis puts many of the issues raised in the movie in a broader context and features a minute-by-minute viewer's guide of inaccurate or misleading statements in the film. It is important that the public be well informed about economic issues and not allow itself to be railroaded into ill-considered policy choices. 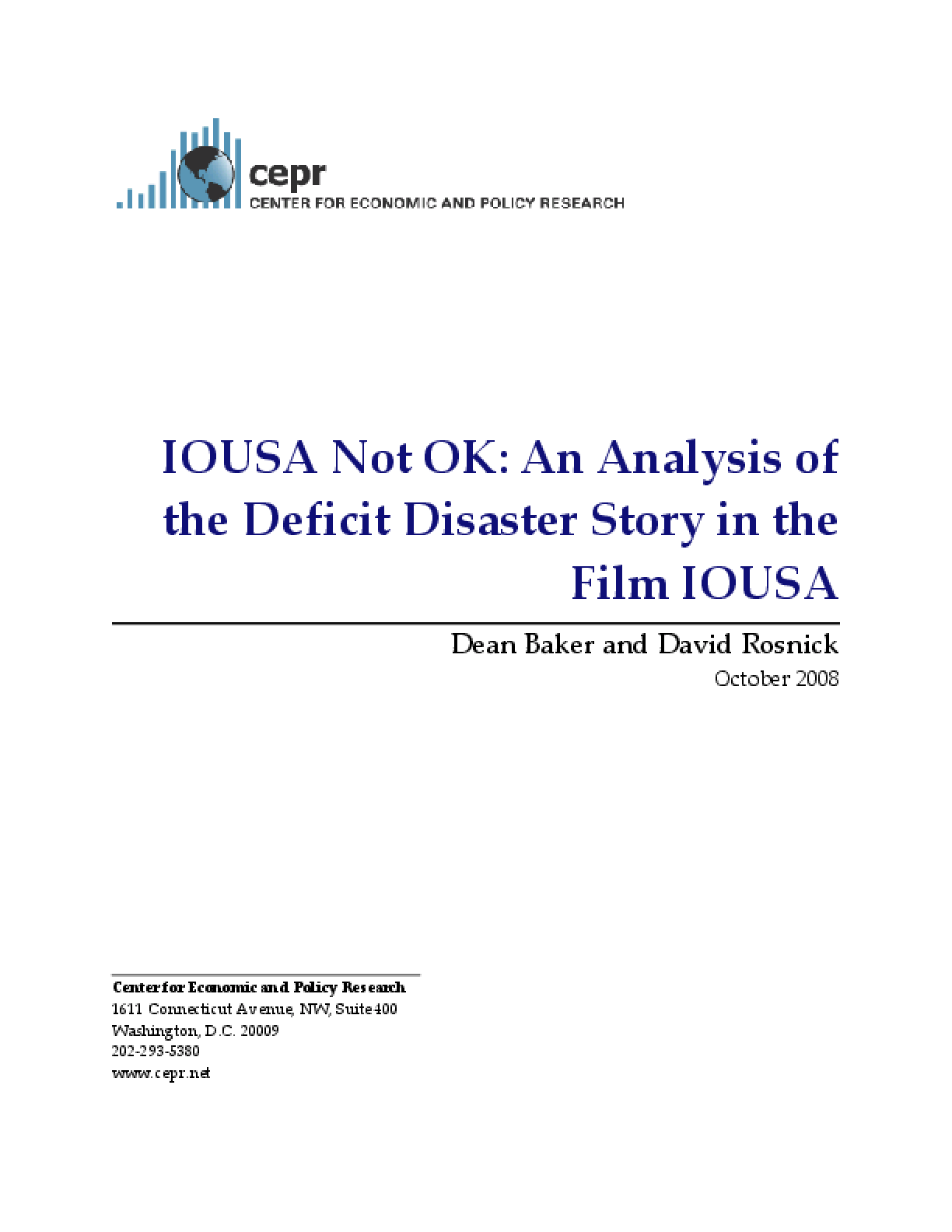