Using a "mixed media" approach, which tracts changes in pixel (color) values over the summer indicating changes from dry land to wet land, we have developed estimates for irrigated acreage in the Altamaha River Basin that draws water from ground water or perennial surface water sources. The latter condition is assured given that our estimates come from identified irrigation during the summer of 2000, which was one of Georgia's worst drought years of record. It is improbable that irrigators reliant on non-perennial sources could have successfully irrigated a crop during this drought year. Data provided here should be useful to the state in a number of ways. The state is moving forward with its plans to develop Basin Water Plans, and basic to such plans is information as to the agricultural sectors use of water under worst-case conditions -- conditions of drought. Further, such data can play important roles in efforts by the state to work out solutions to issues related to the use of interstate waters -- ground or surface waters. Working Paper Number 2005-0018 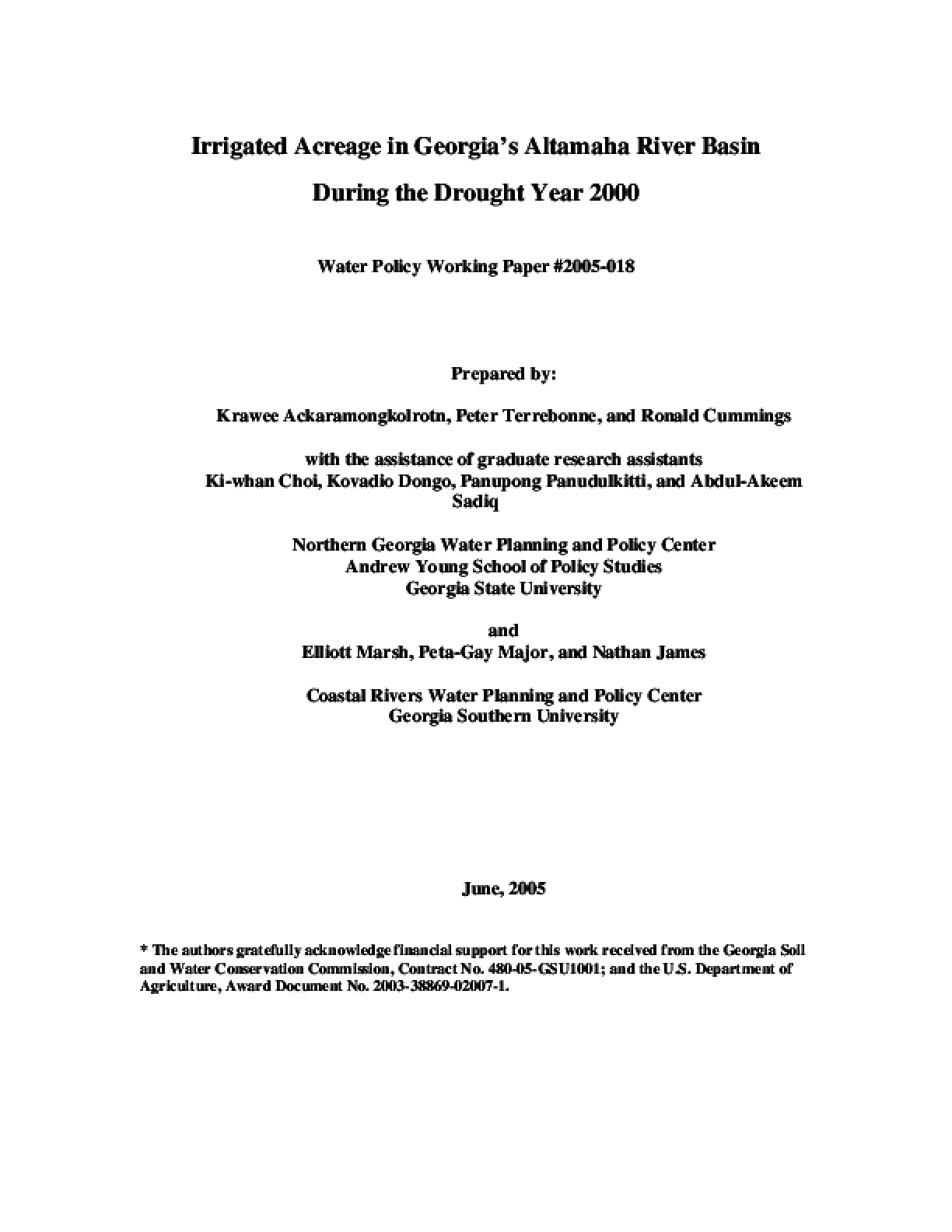