Is America Exporting Misguided Telecommunications Policy? The U.S.-Japan Telecom Trade Negotiations and Beyond

Global telecommunications markets have traditionally been closed to foreign trade and investment. Recent World Trade Organization negotiations resulted in a Basic Telecommunications agreement that sought to construct a multilateral framework to reverse that trend and begin opening telecom markets worldwide. Regrettably, this new WTO framework is quite ambiguous and open to pro-regulatory interpretations by member states.

In fact, during recent bilateral trade negotiations with Japan, U.S. government officials adopted the position that the new framework allowed them to demand that the Japanese government adopt very specific regulatory provisions regarding telecom network interconnection and pricing policies. The Office of the U.S. Trade Representative argued that Japanese officials should require their domestic telecom providers to share their networks with rivals at a generously discounted price to encourage greater resale competition.

Those interconnection and line-sharing rules were borrowed directly from the U.S. Telecommunications Act of 1996, a piece of legislation that remains the subject of intense debate within the United States. Good evidence now exists that those rules generally retard net-work investment and innovation by encouraging infrastructure sharing over facilities-based investment. Consequently, the USTR has generated resentment on the part of Japan and other trading partners as it has attempted to force them to adopt heavy-handed telecommunications mandates that have very little to do with legitimate free-trade policy.

The USTR must discontinue efforts to impose American telecommunications regulations on other countries as part of free-trade negotiations and should instead focus on reforming or eliminating the most serious barriers to foreign direct investment both here and abroad. 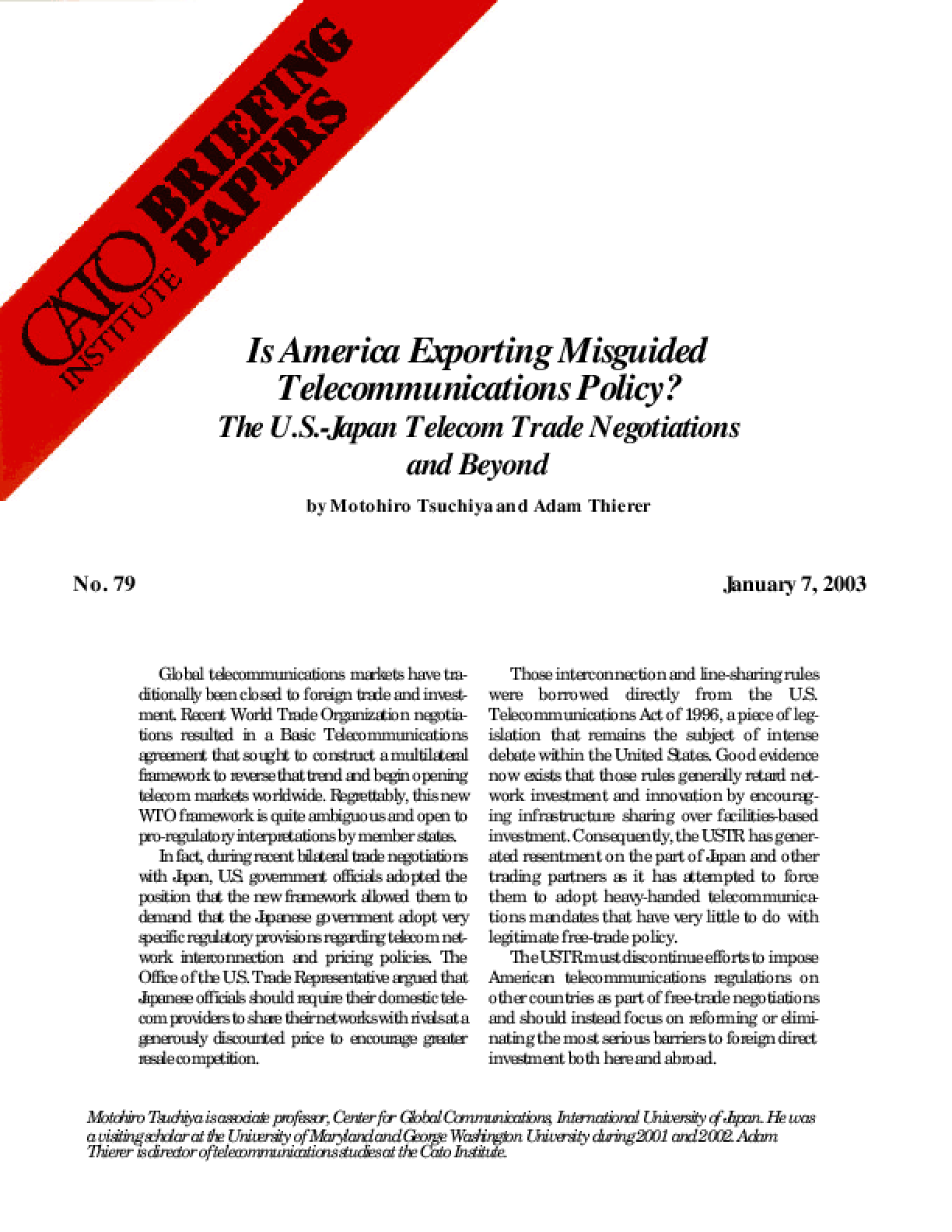