The treaty of 1999 to revive the defunct East African Community (EAC) ratified by Kenya, Uganda, and Tanzania came into force on July 2000 with the objective of fostering a closer co-operation in political, economic, social, and cultural fields. To achieve this, an East Africa Customs Union protocol was signed in March 2004. A Common Market, a Monetary Union, and ultimately a Political Federation of East Africa states is planned. Though the question of a monetary union has been discussed in the political arena there has been no corresponding empirical study on the economic viability of such a union. This article fills the gap and assesses whether the political force driving the EAC towards a monetary union has economic basis. In particular, we focus on the symmetry of the underlying shocks across the East African economies as a precondition for forming an optimum currency area (OCA). As Mundell (1961) and McKinnon (1963) describe, the member countries of a monetary union do not have independent monetary policy, which differs from that of the union as a whole; governments cannot use monetary and exchange rate policies to react to a country-specific shock. How serious this limitation is for the union countries depends on the degree of asymmetry of shocks and the speed with which the economies adjust to these shocks. If disturbances are distributed symmetrically across union countries, a common response will suffice. If, however, the countries face mostly asymmetric shocks, the retention of policy autonomy is beneficial. Working Paper Number 04-07. 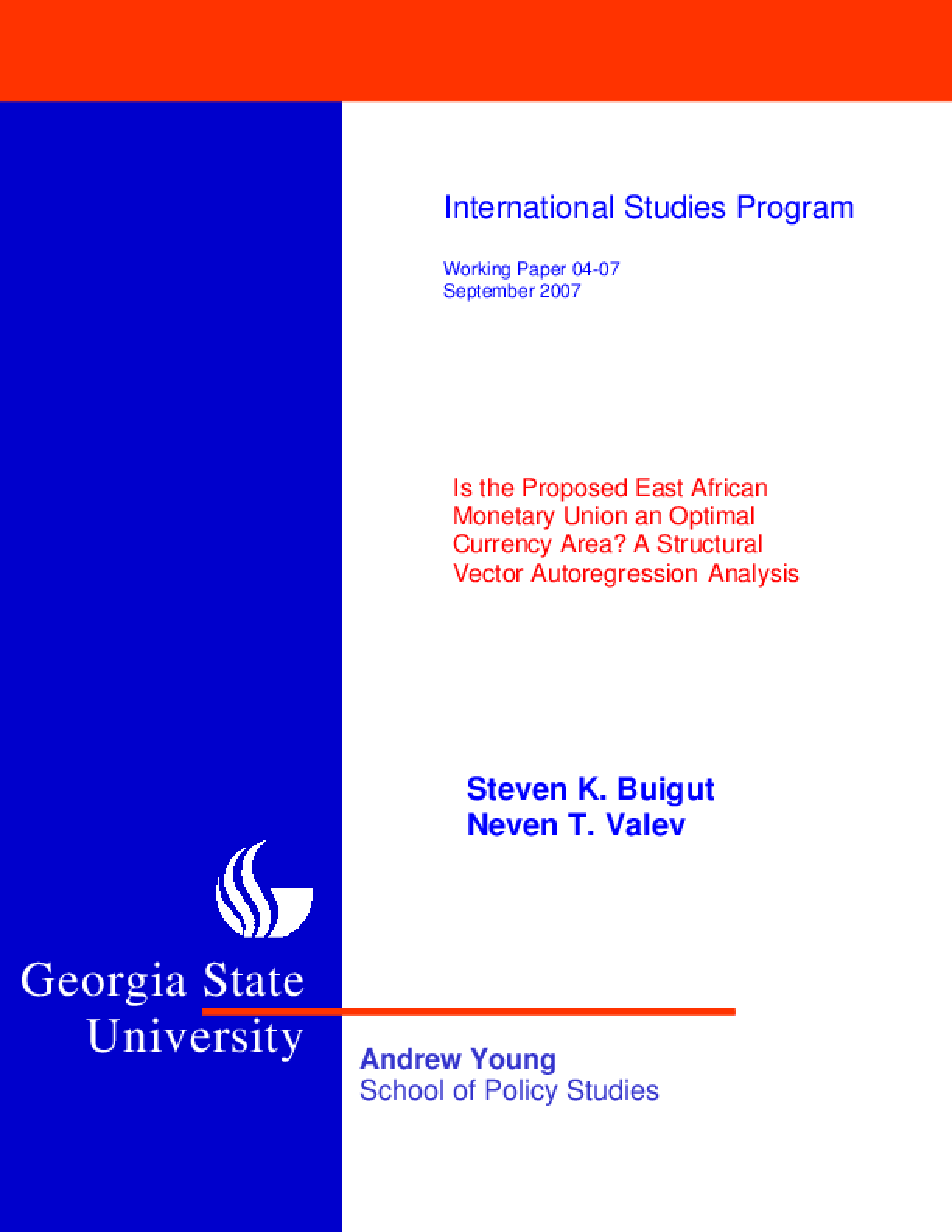