Is There a Plausible Theory for Decision Under Risk? A Dual Calibration Critique

Theories of decision under risk that assume decreasing marginal utility of money have been critiqued with concavity calibration arguments. Since that critique uses varying payoffs and fixed probabilities, it cannot have implications for calibration of nonlinear probability transformation, which is another way to model risk aversion. The concavity calibration critique also has no implication for theories with variable reference points. This paper introduces a new type of (varying-probabilities, fixed-payoffs) calibration that applies to nonlinear transformation of probabilities. It also applies to theories with constant or variable reference points. The two types of calibrations yield dual paradoxes: a pattern of risk aversion that conforms to the (resp. dual) independence axiom implies implausible risk aversion for theories with functionals that are linear in payoffs (resp. probabilities). Functionals that are nonlinear in both payoffs and probabilities are subject to both types of calibration critique. The dual calibrations make clear why plausibility problems with theories of decision under risk may be fundamental. They are fundamental if their empirical relevance can be demonstrated. This paper reports seven experiments that provide data on the empirical relevance of the dual calibration critique of decision theory. (JEL C90, D81) 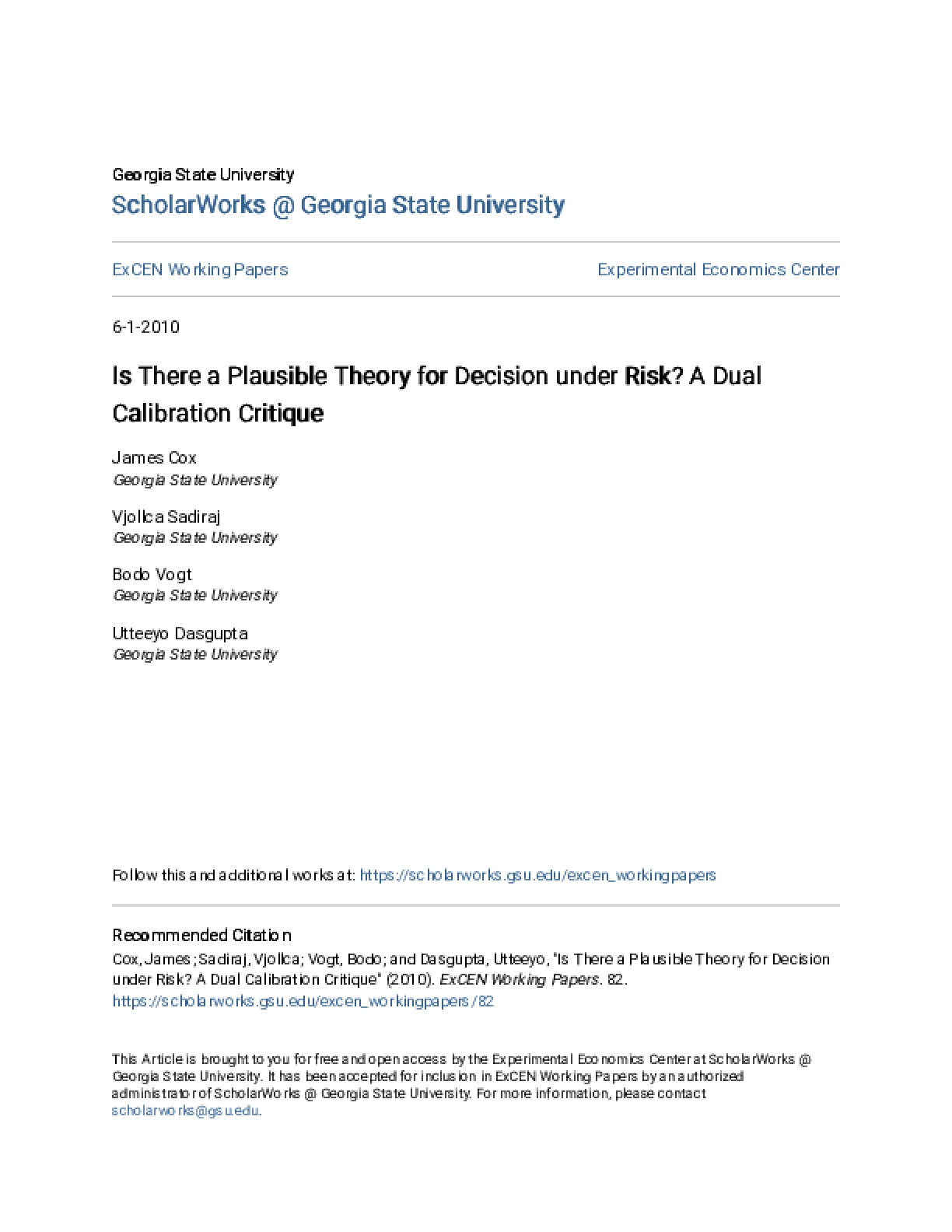