Israel at a Crossroads: Between Civic Democracy and Jewish Zealotocracy

Mainstream ZIonism (now comprising both Labor and Likud) is increasingly being challenged by the Right and Left. Post-Zionism has exposed the intellectual fallacies underlying traditional Zionism's attempt to combine ethnic segregation with an open society, but it is the moral and ideological substitute offered by neo-Zionism, opting for ethnic segregation as an ultimate goal, that is mounting the real political challenge. This article argues that while mainstream Zionists will delineate the space of a future Israel (by drawing the borders in a settlement with the Palestinians), the neo-Zionists will cast the ideological content into this space (by defining the identity and orientation of Israeli society). 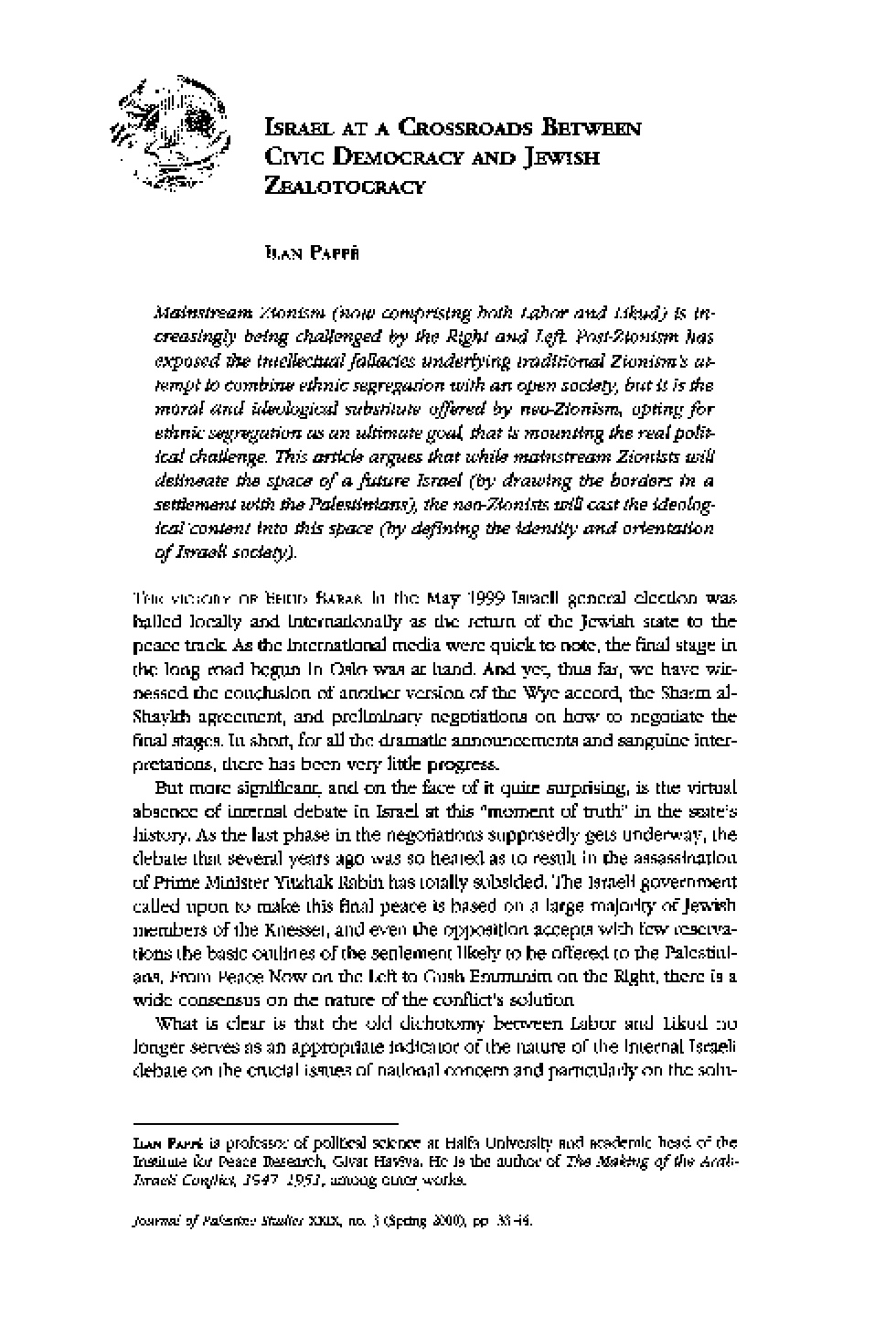