On November 1, 2013, President Obama signed Executive Order 13653, establishing the State, Local and Tribal Leaders Task Force on Climate Preparedness and Resilience. Its creation was part of the President's Climate Action Plan (CAP), originally outlined on June 25, 2013, during a speech at Georgetown University. The Task Force assembled 26 governors, mayors, tribal leaders and county officials who'd shown leadership on climate change, and tasked them with advising the federal government on how to help communities become more climate-resilient. One year after its establishment, on November 17, 2014, the Task Force released a 49-page report with 35 key recommendations. On the same day, the White House released a climate resilience toolkit, available at toolkit.climate.gov, which was assembled with input from the Task Force and addresses how climate change affects coastal flooding, food access, health, transportation, water, and ecosystems. The White House took over a dozen actions throughout the year as a result of the Task Force's work, even before the formal release of its recommendations: it backed a $1 billion National Disaster Resilience Competition, a Climate Education and Literacy Initiative, and investments in the country's rural electricity system. This issue brief goes over the Task Force recommendations, as well as the actions the Administration has already taken based on them. 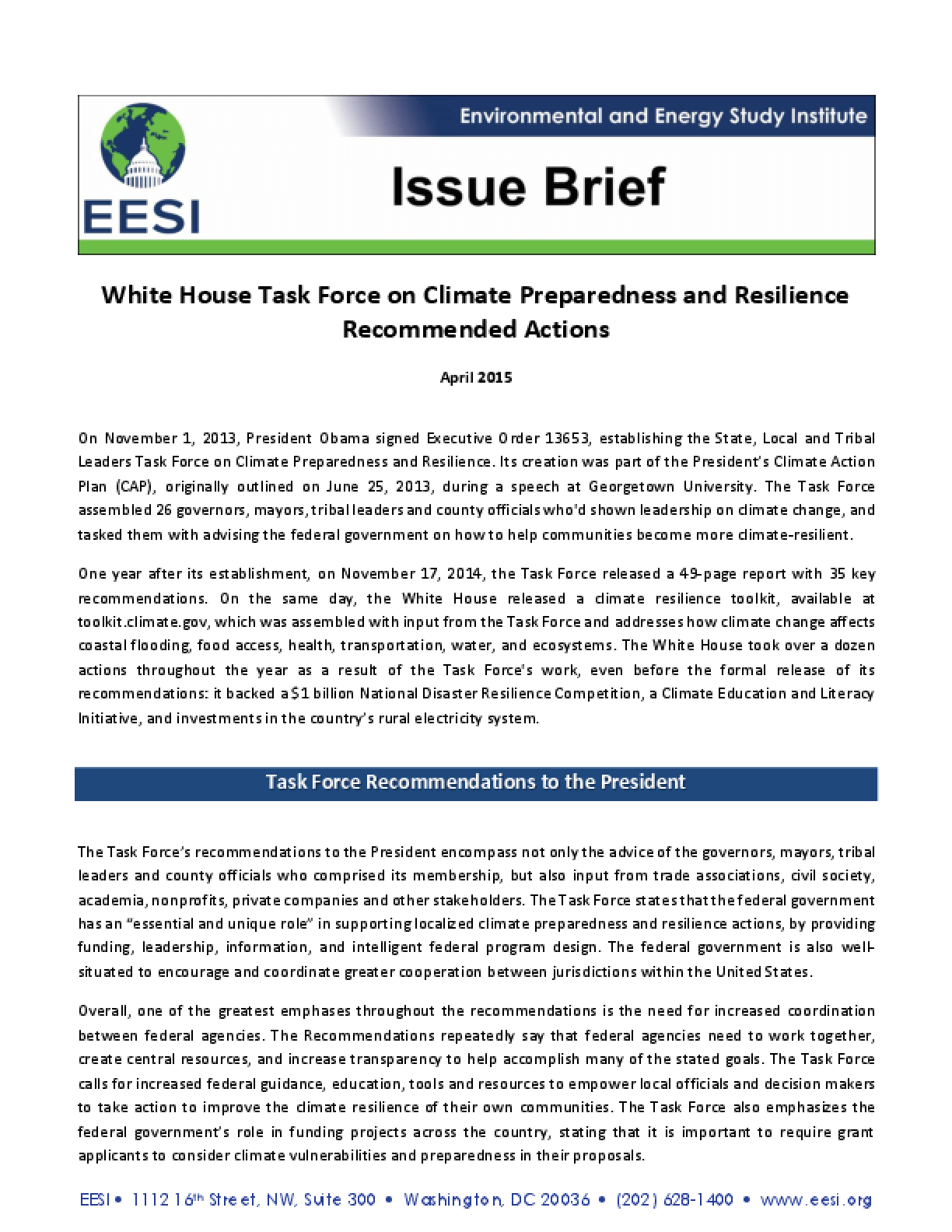