It Better Only Drizzle, Why the newly created Oregon Rainy Day Fund is inadequate protection against the next economic downturn and how the problem can be fixed

Despite the creation of the Oregon Rainy Day Fund by the Legislature earlier this year, Oregon's public structures remain exposed to serious disruption in the next, inevitable economic downturn. This report examines the severe shortcomings of Oregon's two reserve accounts, the Rainy Day Fund and the Education Stability Fund, finding that:

A design flaw prevents the Legislature from accessing the Oregon Rainy Day Fund until July 2009, and it severely limits access to future earnings and investments in the fund.

The Education Stability Fund was drained nearly empty in 2005 and has barely recovered. Its effectiveness, moreover, is hampered because some of its funds are tied up in venture capital investments and because investment earnings are not retained in the fund.

Oregon has failed to fund its two reserve accounts adequately. At the present rate of funding for both the Rainy Day Fund and the Education Stability Fund, total available reserves will grow to just 6.8 percent of General Fund revenue by the end of the 2013-15 budget cycle. By comparison, the 2001 recession caused General Fund revenue to decline by 15.2 percent.

How to save Oregon's future rainy days

Oregon would be in much better shape to weather a recession if the Legislature were to fix the flaws that restrict the availability and growth potential of the two reserve accounts and to fund them more adequately.

The Legislature should refer to voters measures that would transfer future unanticipated personal and corporate income tax revenue into the Rainy Day Fund until the fund reaches its funding cap.

The Legislature should increase the cap to allow the fund to grow large enough to protect Oregon from a 2001-like recession. 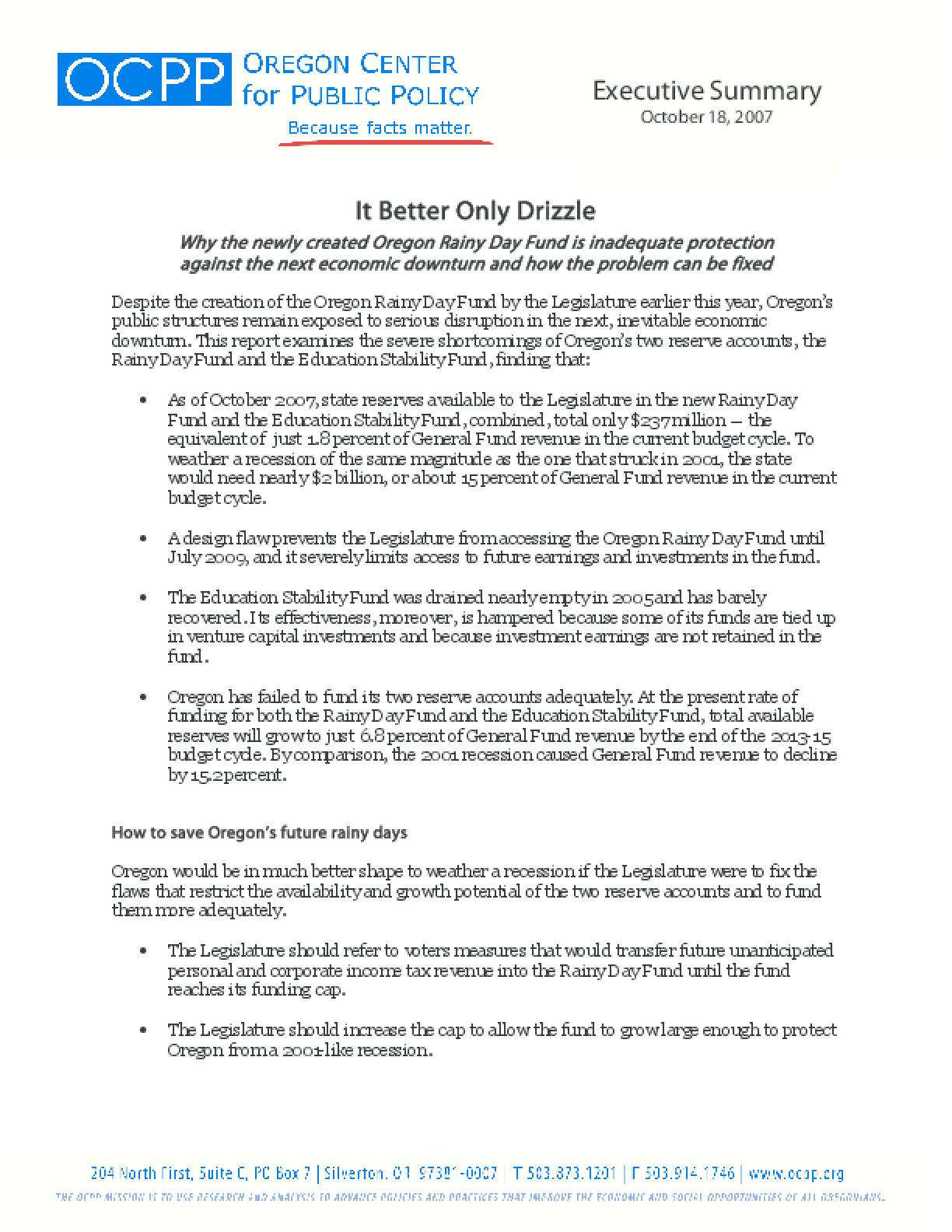