This report looks the toilet conditions around the world and why there it is imperative to improve them. Among the topics discusses are the worst places in the world to find a toilet, longest queues for toilets, most people defecating in the open, toilet problems in developed countries, most improved access to sanitation, and most behind on access to sanitation. 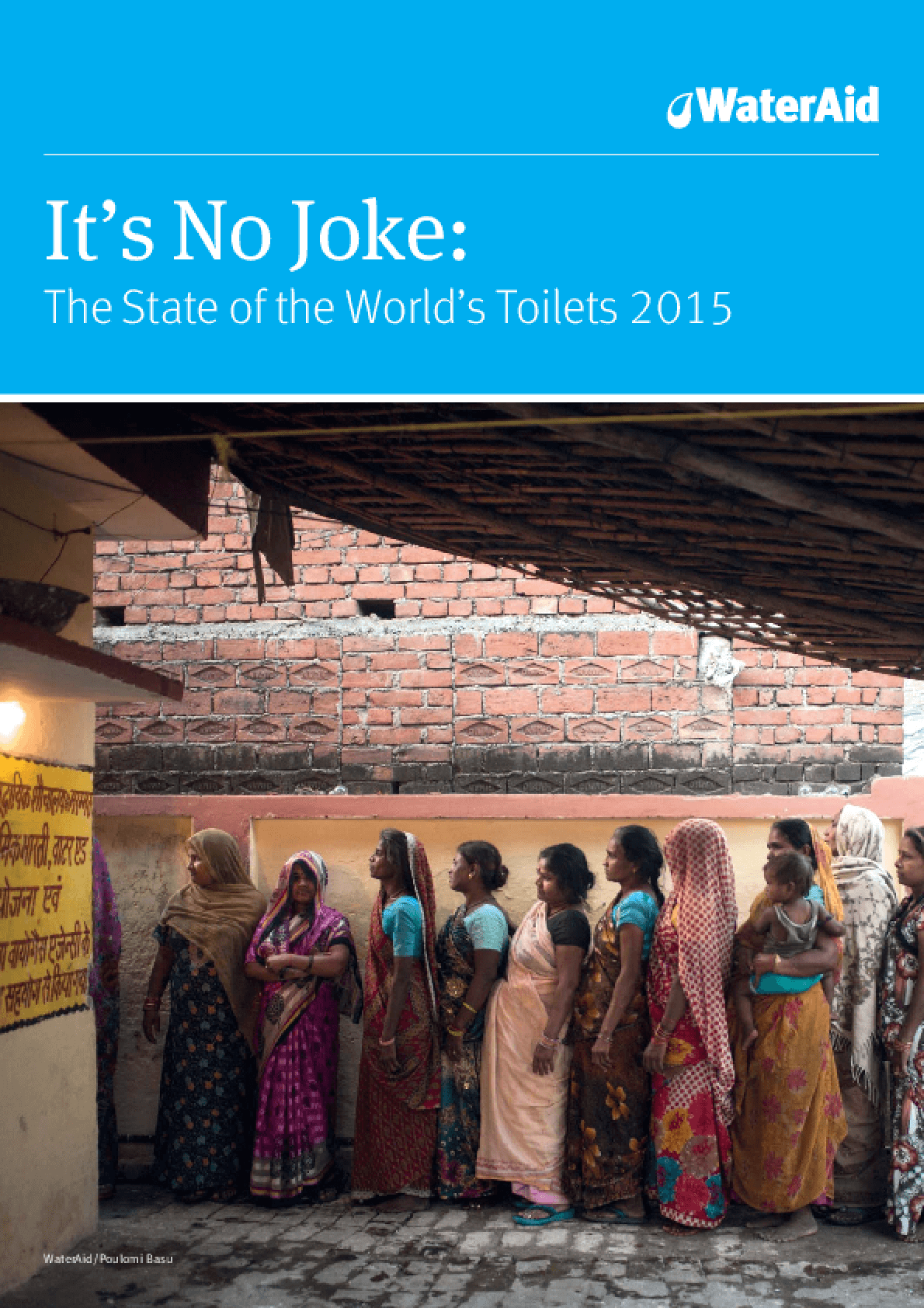