It's not you, it's the internet: Navigating the changing landscape of communications and organizing

Fake news is now a thing we fight about every day. The following things have been declared dead: marketing, message control, political rules of the game, print, traditional media, the Democratic Party, the Republican Party. An emboldened, unapologetic segment of the electorate trumpets hate speech under the guise of "real talk" and opposition to political correctness. The combination of the Internet, social media, and mobile devices ushers in an era of mass collaboration. These new technologies allow anyone to connect to anyone and everyone, at any time --and there are already signs that the relationships we have with ourselves, with each other, and with our institutions are changing in response. With this paper, the Center for Community Change attempts to define a new generation of best practices. We do so with the understanding that today's disruptive landscape resists established strategies for social change; as we look toward the future, successful navigation will require a compass, not a map. 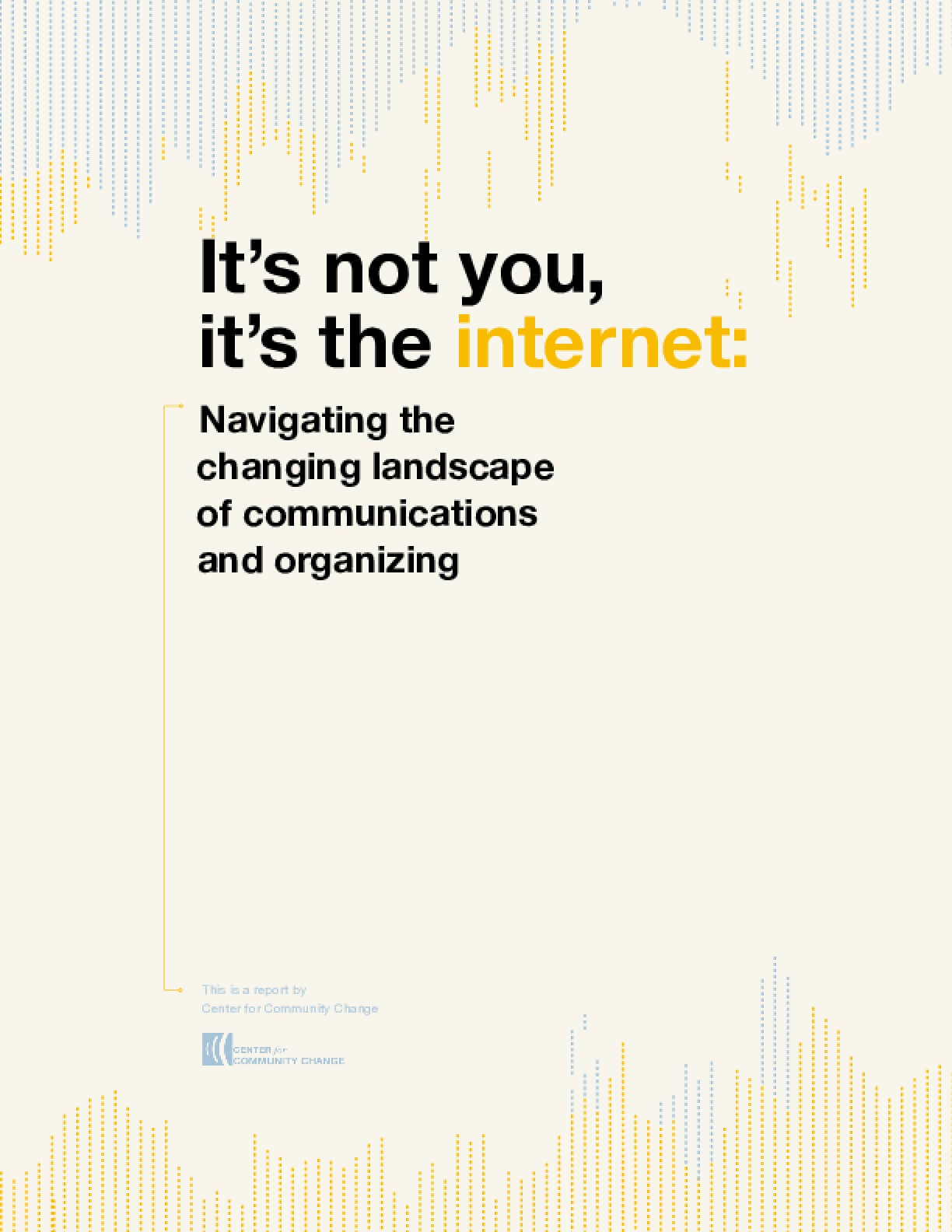