Although the development of civil society organisations in Japan occurred relatively late compared to Western and some developing countries, a growing number of scholarly works have documented modern Japan's rapid growth of citizen activism and social action. However, discourse on civil society in Japan has emphasised a pattern of numerous small local groups with limited budgets and staff, and few large professionalized organisations. Nonetheless, Japan has witnessed a recent surge in civil society activism, where the number of Non-Governmental Organisations (NGOs) working on international development and foreign aid issues is on the rise. As NGOs are a key source of citizens' power, the expansion of such organisations in Japan has important implications for the shifting relationship between civil society and the state.

This paper explores the development of Japan's civil society by focusing on patterns of citizen volunteerism and the role of NGOs in the country's natural disaster relief and restoration efforts. By comparing the post-disaster landscape for citizen volunteering, advocacy, and NGO performance in response to the 1995 Kobe and 2011 Tohoku earthquakes, this paper aims to trace how civil society leadership in Japan has evolved. In particular, this paper examines how the disaster management infrastructure established after Kobe influenced NGO performance in volunteer training and coordination, liaison with officials, and relief efforts for Tohoku's disaster areas. A better understanding of citizen involvement with NGOs will provide an important indicator for the future trajectory of civil society and disaster resilience in Japan in an international context. 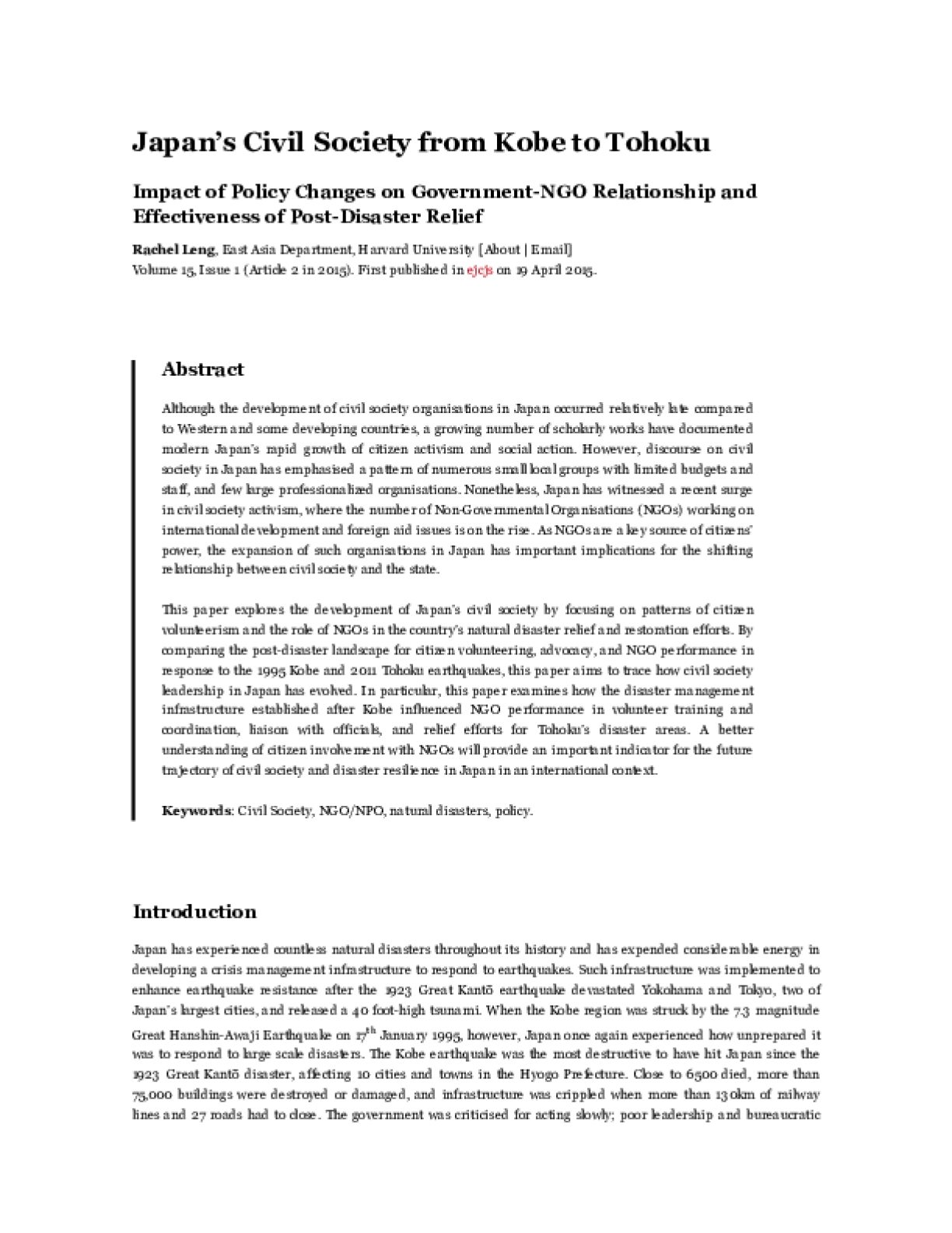