Justice Detained: The Effects of Deportation on Immigrant Families

In November 2002, driven by a growing awareness within the Asian and Pacific Islander immigrant communities that more and more people were getting deported, youth activists at AYPAL, based in Oakland, initiated a campaign to find out what was going on and what they could do about it. AYPAL found that the problem of deportation was much worse than the isolated incidents we had heard about, and it is only growing more severe. In 1996, Congress enacted the Illegal Immigration Reform and Immigrant Responsibility Act (IIRIRA), which made it a lot easier to deport immigrants, including many legal permanent residents who had lived in the United States for many years. They were considered deportable if they had committed any crime involving prison or probation time that added up to one year or more. (See "Overview of IIRIRA" section.) AYPAL's research findings: 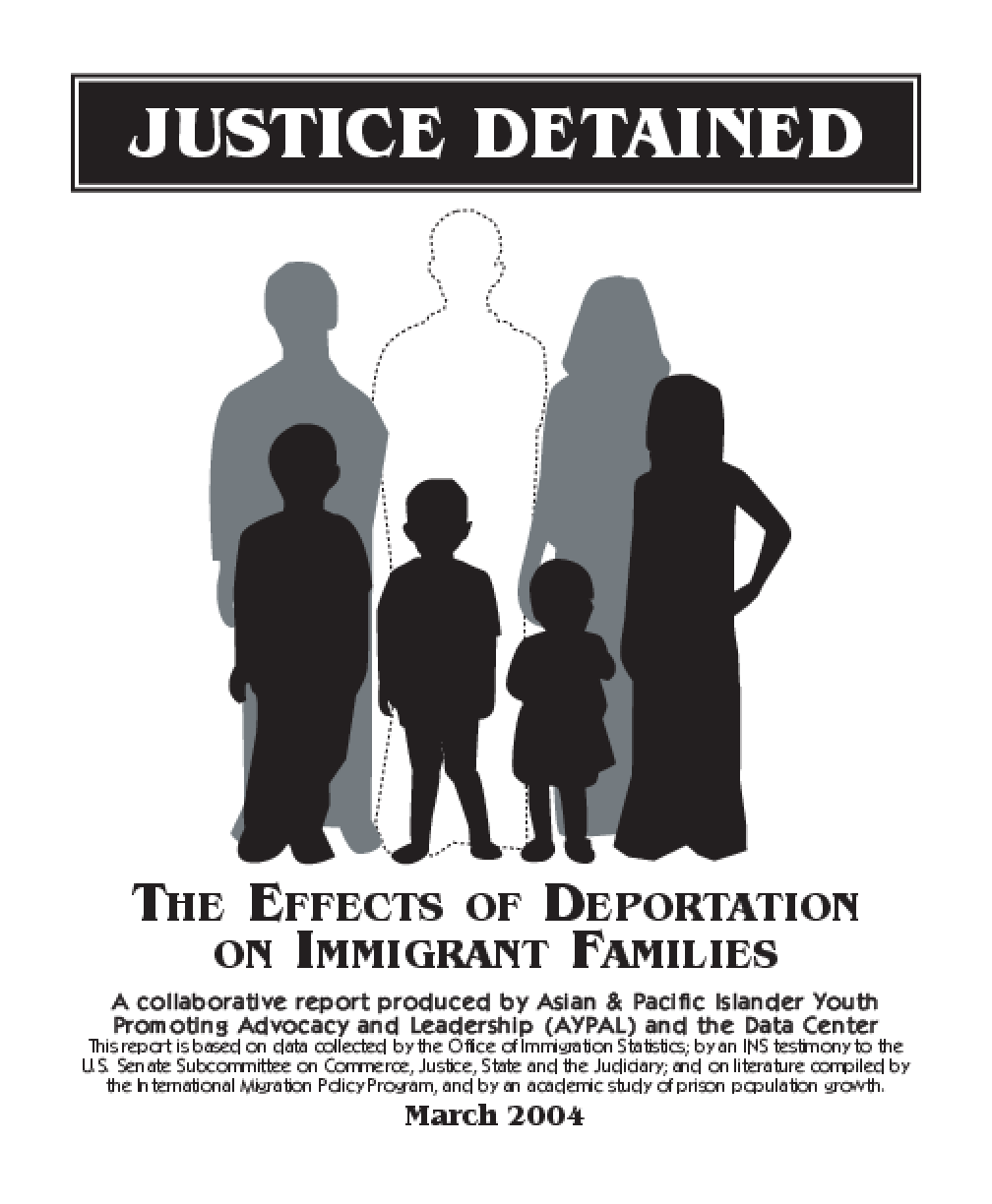